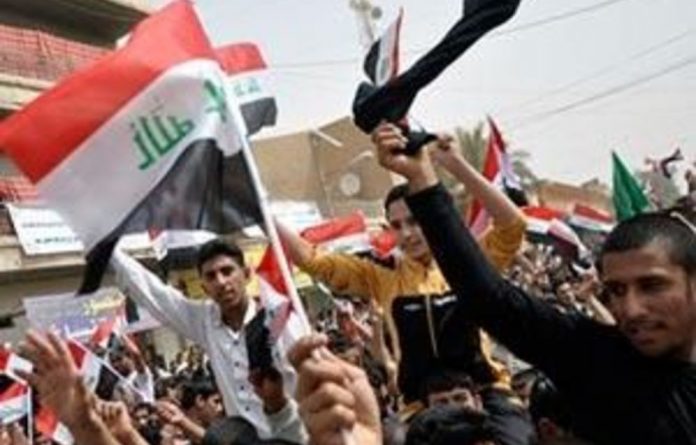 Syria’s acceptance of a UN-backed plan to end the country’s bloody crisis has triggered sceptical responses and concern that Bashar al-Assad is trying to buy time and divide his opponents.

Annan, the UN/Arab League envoy and former UN secretary general, announced that the Damascus regime had responded to calls for a ceasefire, humanitarian access, the release of prisoners and negotiations on a Syrian-led political solution.

Britain’s ambassador to the UN, Sir Mark Lyall Grant, told reporters in New York that Annan would brief the Security Council on Monday.

But on a day that a smiling Assad visited Baba Amr, the Homs suburb which has seen hundreds killed by his security forces in recent weeks, and the UN revised its estimate of Syria’s death toll to more than 9 000 over the last year, no one was hailing an imminent breakthrough.

Syria’s government made no comment on the Annan plan while official media highlighted Assad’s visit to Baba Amr and the damage done by “armed terrorists”.

“I indicated that I had received a response from the Syrian government and will be making it public today, which is positive, and we hope to work with them to translate it into action,” Annan told reporters in Beijing after meeting Wen Jiabao, the Chinese prime minister.

First step
William Hague, Britain’s foreign secretary, said: “The Assad regime’s acceptance of … Annan’s six-point plan would represent a significant first step towards bringing an end to the violence and the bloodshed but only if it is genuinely and seriously meant. This has not been the case with previous commitments the regime has made.”

Robert Ford, the US ambassador to Syria, said in Washington: “We will see … exactly what Assad has said. I have to tell you that my own experience with him is you want to see steps on the ground and not just take his word at face value.”

Speaking privately, western diplomats expressed concern that Syrian agreement could be a ploy to buy time and throw the opposition on to the defensive. If a ceasefire was achieved without a political process, then Assad could stay in power.

Last November Damascus accepted a peace plan put forward by the Arab League and then spent weeks haggling over the “modalities” of issues such as access for monitors.

That mission, condemned by many as a fig leaf for continuing state repression, failed by January.

In Istanbul, a spokesperson for the Syrian National Council (SNC), the largest opposition grouping, gave the news a cautious welcome.

“A peaceful transition means that the regime needs to be changed. And that starts with the removal of the head of the state,” said Basma Kodmani.

Losing ground
It would clearly be difficult for Assad to implement the deal in that spirit. “It’s hard to see how Assad can implement this without appearing to lose ground to the opposition, which leads me to the conclusion that it may well go the way of the Arab League initiative,” said Malik al-Abdeh, a London-based supporter of the SNC.

“Assad believes he is winning. Without the threat of force, there is no logical reason why he should concede anything to the opposition.”

Another worry is that some anti-Assad groups or individuals may make a pragmatic decision to enter into talks with the government, undermining already shaky opposition unity.

“We are not sure if it’s political manoeuvring or a sincere act,” said activist Louay Safi. “We have no trust in the current regime. We would like to see some practical steps. We have to see that they have stopped killing civilians.”

Annan has the advantage of representing an internationally united front after disarray in February when Russia and China vetoed a Security Council resolution on Syria. Moscow and Beijing have both proved more flexible since then.

Negotiating transition
The plan would leave Assad in place to negotiate a transition — roughly what happened to President Ali Abdullah Saleh in Yemen.

Annan, who is known for being a cautious operator, has hinted that Assad may have to step down — but emphasised that the decision is up to the Syrian people.

Syria’s timing, some analysts argued, is significant. Next Monday Turkey, the US and their European and Arab partners meet in Istanbul for a “Friends of Syria” conference which will discuss ways to further isolate and pressure Assad as well as support for the opposition.

Western governments are frustrated by the divisions in the opposition camp and urging them to formulate a unified position — like the Libyans fighting the Muammar Gaddafi regime last year.

Hague said of the reported agreement: “The key will be concrete implementation that brings a cessation of all hostilities and leads to a genuine political transition accompanied by freedom of access for humanitarian assistance and the media, and the release of political prisoners. We will continue to judge the Syrian regime by its practical actions not by its often empty words.” —