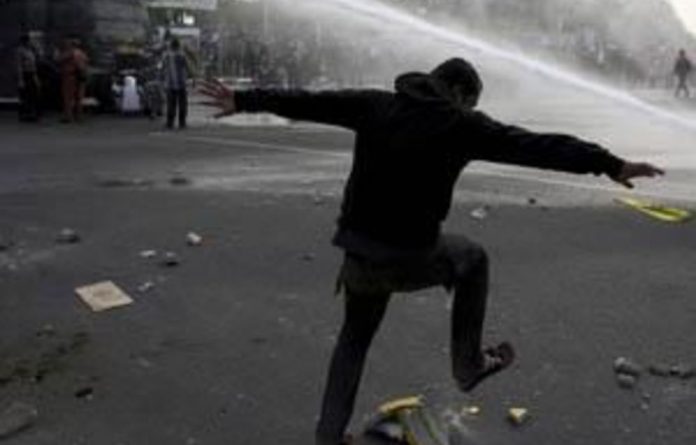 Indonesia’s parliament voted on Saturday to give the government authority to raise subsidised fuel prices under certain conditions, a move that could boost inflation and trigger protests in Southeast Asia’s largest economy.

Parliament voted to allow the government to raise fuel prices if prices fluctuate 15% on average for six months from the current Indonesia Crude Price (ICP) forecast of $105 per barrel.

Indonesia has the lowest fuel prices in Asia. The government of President Susilo Bambang Yudhoyono had wanted a 33% rise from April 1 to reduce subsidy costs, which threaten to undermine the budget discipline that led rating agencies to lift the country to investment grade status.

The late night vote followed a demonstration outside parliament against the proposed increase, during which police fired tear gas grenades and used water cannon and chemicals to disperse thousands of protesters, witnesses said.

Earlier, other protesters blocked access to the toll road connecting Jakarta and its main airport, and there were scattered protests across the archipelago nation.

Rowdy session
Parliament began debating options for fuel prices at 9 a.m. local time on Friday and when the debate reached its climax after midnight following a rowdy session, 356 lawmakers voted in favor while 82 opposed the legislation.

Opposition parties Hanura and PDI-P walked out of the session after the vote while students on the balcony scuffled with security guards.

The vote followed a tussle between Yudhoyono’s Democrat Party and the second grouping in the governing coalition, Golkar Party.

“The hike will be pending based on the global oil price. There won’t be a rise on April 1 and that could mean there will not be a rise this year,” said Sutan Bhatoegana of the Democrat Party after the vote.

The president’s party wanted a 5% fluctuation from the $105 budget forecast to give the government license to raise prices, while Golkar said it would only support increase if there were a 15% fluctuation.

Fuel prices sensitive
Other parties told parliament they rejected the hike or required a rise in the ICP price of up to 20%.

Political parties wish to avoid being seen as responsible for the rise, ahead of elections in 2014 in which Yudhoyono must step down after two terms in office.

Protests against a fuel price increase helped spell the end for autocratic leader Suharto in 1998 and lifting prices would hurt the bulk of the country’s 240-million people, many of whom live on a few dollars a day despite years of strong economic growth.

Failure to pass the proposal in parliament would have kept inflation low but disappointed rating agencies that instead want the government to use the $18-billion it spent on fuel subsidies last year for much-needed infrastructure.

Long-term financial health
Lifting prices by one-third would only take them to a level reached in 2008 after Yudhoyono raised prices after a oil price spike.

The president cut prices in 2009, as oil prices declined during the global financial crisis. His plan to lift them again comes as oil prices have surged because of geopolitical concerns over Iran and its nuclear program.

Without a price increase, the government sees the budget deficit widening to 4% of gross domestic product, more than double the 1.5% it was aiming for this year.

However, the central bank has said lifting fuel prices will boost inflation above its target to more than 7%, from 3.6% in February. It is also likely to damp consumer spending, the main driver of the economy in the G20 member.

Indonesia, a former OPEC member, has long subsidised pump prices, as do other major producers such as Iran, but declining crude output and dilapidated refineries mean it relies on costly motor fuel imports.