Barcelona’s bid for redemption against Chelsea 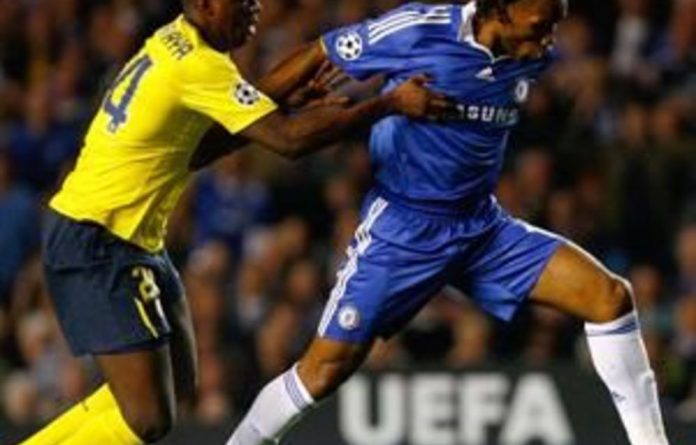 Barcelona coach Pep Guardiola held out his hand, palm facing forwards and fingers spread wide. “Five,” he said, “five.” A few minutes before, Zlatan Ibrahimovic had complained that Barcelona had been aided by the referees again. “Now I know why José Mourinho acts as he does when he comes here,” the Milan striker said. Told what the Swede had said, Guardiola responded: “If Mr Ibrahimovic says that it’s thanks to the referees, fine. But it’s five semifinals in a row now. Five. You talk on the pitch.”

Guardiola had presented exhibit A. You do not become only the second team ever to reach five European Cup semifinals in a row — the first were Real Madrid between 1955 and 1960 — because of referees. It was a point that Guardiola felt he needed to make, one that will be revisited now that there is a rerun of the 2009 semifinal with Chelsea.

Ibrahimovic has his own reasons for his rancour towards his former club and his former coach, but his message was Mourinho’s. After last year’s semifinal, the Real Madrid manager launched his now infamous rant about Uefa favouring Barcelona, reeling off a list of referees and following each with a theatrical “Por qué?” Why?

The most important of those names is the one that may get uttered more than any other in the next two weeks: Tom Henning Øvrebø. That night, the Norwegian referee denied Chelsea one, two, three or even four penalties, depending on your point of view. Mourinho called it the scandal of Stamford Bridge and claimed that Barcelona’s 2009 title did not count.

He was not Chelsea manager, but he made the battle his own.

“I would,” he sniped, “be ashamed to have won the Champions League the way [Barcelona] did.”

For Guardiola, it is a recurring theme — a recurring and tiresome theme. His response to Mourinho, through Ibrahimovic, was telling. Ashamed? Far from it. “Five semifinals is a feat that speaks of how well this club has worked and one of the things I’m most proud of,” he said, dragging the narrative back to what Barcelona have done, not what others have done for them.

Barcelona’s victory song at the end of last season mocked Mourinho’s rant at the same time as it revealed just how far under their skin the accusations had burrowed. “Por qué?” the song went, “because we’re the best — so fuck you.”

Not getting enough credit
Guardiola has grown weary and irritated at what he sees as the constant attempts to chip away at Barcelona’s credibility and diminish their achievements. His players have too; Xavi Hernández recently complained that he felt that, in Spain at least, Barcelona did not get the recognition they deserve. There was exaggeration in the exasperation, but Barcelona players have watched as conspiracies have been

forwarded, cynicism and paranoia presented without proof. Some of the accusations have been as wild and distasteful as they are baseless, not least because of their provenance.

When questionable refereeing decisions go Barcelona’s way, there is pleasure, of course: no one turns down a penalty. But there is also a curious kind of frustration. Here we go again. Few things aggravate Barcelona more than the accusation that their extraordinary success is not all their own work. At Stamford Bridge in 2009 all those accusations crystallised into one night and one name: Øvrebø.

If Chelsea fans see this reunion as an opportunity for revenge, in Barcelona it is an opportunity too. Counterintuitive though it sounds, from Barcelona’s perspective it is tempting to call it a chance to right the wrong. Not by Chelsea winning, but by Barcelona winning. With Mourinho gone there is no bitterness, but there is no lack of motivation either. This tie has a redemptive quality. It is about more than just this year — it is about 2009, about Barcelona’s legacy.

It will not be easy. Chelsea have shifted under Roberto Di Matteo; closer now to the Mourinho way than the André Villas-Boas way.

Same old Chelsea
Barcelona anticipate a team similar to three years ago: tough, physical, competitive. It will probably be their responsibility to seek chances, to attack. Ibrahimovic made a familiar complaint about the referee but Guardiola said: “We had 21 shots. On a different day it could have been far more.”

He would like to say the same after the semifinal. In 2009, he could not. Barcelona know that they were fortunate and favoured in London. They felt closer to a knockout than ever — closer even than when Mourinho’s Inter actually did knock them out. But they also felt that, though the margin was fine, they probably deserved it. Privately, they thought Chelsea paid for not attacking them more when they were vulnerable.

Barcelona know that Stamford Bridge casts a big shadow. Now they have the opportunity to go back and do it again. Properly, this time. It will not be easy, but beating Chelsea and beating them well would lay to rest some of those ghosts. —