Publish or perish – and damage too? 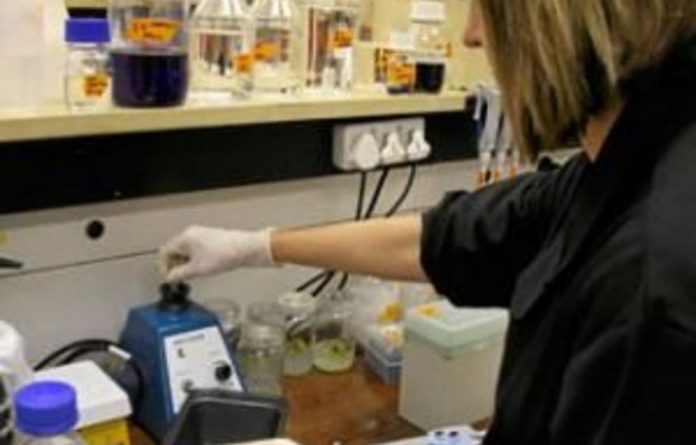 At universities around the country, some administrators and academics are ­frantically putting together lists of published work to submit to the department of higher education and training.

For every paper one of its academics publishes as a sole author in an accredited journal, a university receives a whopping R120?000 these days, or a portion of that if the academic is a co-author. It is part of the state’s research-funding model and makes publication of this kind an increasingly important source of non-fee funding for higher education institutions. It therefore seems appropriate to consider what this model of research funding achieves.

To call it a funding model is, in practice, a little misleading. The rationale behind it appears to be incentive-based, because paying for publications encourages institutions and individuals to orient themselves towards research output — at least of the officially accredited kind. But as economists know, and a quick glance at historical experiences reveals, incentives almost always lead to undesired behaviour.

The system encourages a few ­serious distortions, all of which are damaging to the present and future state of the South African academy.

Poaching of academics
First, it encourages the “poaching” of high-output academics locally, thereby exacerbating the already unhealthy concentration of research expertise in a few institutions.

Second, and worse still, it means that university managers seeking to maximise research-based revenue may prefer to devote their efforts to creating positions or institutional affiliations for local or foreign academics with already high output rates, rather than investing in the development of young local academics with comparable, or higher, potential that will be realised only in a ­decade’s time.

Although a broad ­inclusivity and global outlook is fundamental to the academic enterprise, it is worth trying to imagine what, precisely, the South African taxpayer is buying when the country pays large amounts of money for academics brought in from overseas to do the same research they would have done anyway.

Universities are similarly rewarded when they accumulate “soft-funded” researchers, those whose salaries other organisations, such as philanthropic trusts, pay and to whom universities give little, if any, of the state’s research-funding subsidy.

Such behaviour is a reminder that institutions are not obliged to direct any of the output-based subsidy to those who actually produce the research. Some institutions, such as the University of Johannesburg, have chosen to do so to strategically — and quite rightly — boost their research capacity. At some other institutions the subsidy goes straight into a general pool of funds, which is also defensible in many circumstances, depending on how one regards the relationship between the general operation of the university and the output of individuals (who do receive reasonable salaries).

The more difficult case is when a large proportion of these funds is directed toward the disciplinary sections of the university responsible for funds allocation, without any clear guidance regarding distribution. What this can do is to make discipline-level managers the distributors of largesse based on a surplus produced by others.

Given the relatively poor levels of formal accountability in academia — an issue deserving of independent discussion — we are left to rely on the benevolence of senior academic managers for a socially beneficial ­distribution of the funds. Instead, cronyism, direction of funds to “pet projects” and damagingly high-stakes institutional politics seem equally plausible outcomes.

Taking the easy road
Leaving aside these distributional issues, the system also creates problems for individual academics. It implicitly encourages them — whether for promotion purposes or because they will directly receive some of the research subsidy — to publish in the least demanding of the accredited outlets. Although there are various problems with creating a hierarchy of journals, the basic point can be illustrated using the discipline of economics.

Internationally, economics journals have a well-known and widely used ranking system. It is not unusual for publications in top economics journals to take more than three years to appear in print. The process of drafting and making revisions, for instance, can be extremely time-consuming, but publication in a journal at the bottom of the rankings can take only a few months, following only minor revisions.

Consequently, individuals who invest in attempts to produce work of international standing may quickly find themselves relatively less rewarded, both financially and in terms of promotion, compared with a colleague who is more concerned with advancement than quality. Again, it is unclear what return society gets from its money in such cases.

The current funding framework is reportedly under review by a ministerial committee. Although a good principle of policymaking is to be extremely cautious about making dramatic changes, there are a few obvious tweaks to the system that could eliminate some of the distortions and abuses mentioned above.

These could include using a stricter definition of institutional “affiliation”, creating some form of ­discipline-specific hierarchy in the publication accreditation system (while also recognising the independent value of locally relevant research), and ensuring a more explicit and transparent basis for allocation of the research subsidy in universities.

Seán Muller is a lecturer in the University of Cape Town’s school of economics.

‘Maslow before Bloom’ for teachers and their learners

Leading others in a time of crisis