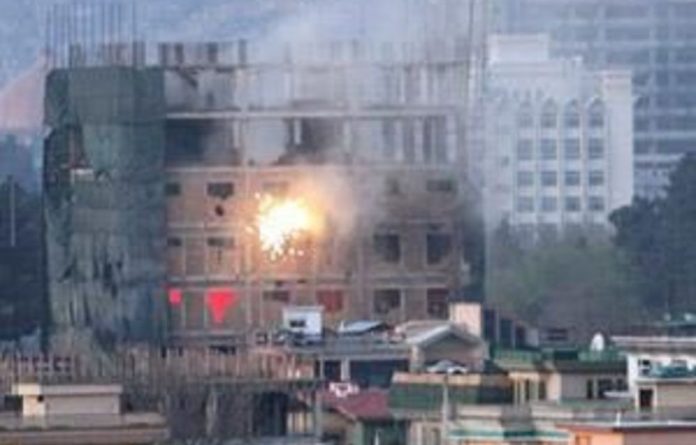 Afghanistan said on Monday its security forces had regained control of Kabul, killing all the Taliban militants who launched one of the biggest coordinated attacks on Kabul in a decade of war.

“All attackers are dead, the fighting is over,” interior ministry spokesperson Sediq Sediqqi said after final assaults were launched on the militants’ remaining strongholds in the diplomatic enclave and near the Parliament.

Sediqqi said he could not say how many militants had been involved as the areas were still being investigated and the body count was not complete.

Eight members of the security forces were killed and 44 others, including five civilians, were wounded, said Kabul CID chief Mohammad Zahir.

Kabul was hit by a wave of attacks in three areas on Sunday, with embassies and foreign military bases coming under fire in what the Taliban said was the start of its spring offensive.

Afghan security forces took the lead in countering the assault, but a spokesperson for Nato forces in the country said they had provided air support in response to requests from the Afghans.

The attacks raise fears over the precarious security situation in Afghanistan as Nato prepares to withdraw its 130 000 troops by the end of 2014 and hand responsibility for security to Afghan forces.

But Nato was quick to hail the performance of the Afghans.

“They were on scene immediately, well-led and well-coordinated. They integrated their efforts, helped protect their fellow citizens and largely kept the insurgents contained.”

“That they did manage to pull off simultaneous complex attacks shows quite a level of sophistication in preventing detection … so that would be a failure in intelligence,” said Martine van Bijlert of the Afghanistan Analysts’ Network.

“But having said that, in a big bustling city like Kabul it is incredibly difficult to stop this type of attack,” she said.

US Ambassador Ryan Crocker said the ability of Afghan security forces to respond to the attacks was a “clear sign of progress”, while ISAF labelled the attacks “largely ineffective”.

US Secretary of State Hillary Clinton later called Crocker to discuss the “cowardly” attacks, the state department said, and asked him to convey to Karzai her appreciation for the “swift and effective response” of Afghan forces.

The US, British, German and Japanese embassy compounds came under fire as militants attacked the city’s diplomatic enclave and tried to storm Parliament, sparking a gun battle as lawmakers and bodyguards fired back from the rooftop.

Outside the capital, militants attacked government buildings in Logar province, the airport in Jalalabad, and a police facility in the town of Gardez in Paktya province, where a Nato helicopter was reportedly deployed against them.

The attacks were one of the biggest assaults on the capital in 10 years of war in terms of their spread and coordination, observers say, even if the final death toll was relatively low.

In September last year Taliban attacks targeting locations including the US embassy and headquarters of foreign troops in Kabul killed at least 14 during a 19-hour siege.