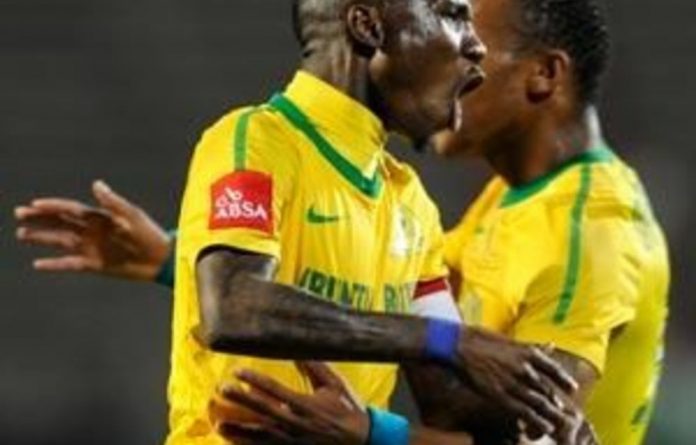 Orlando Pirates went to the top of the Premiership table on Wednesday despite squandering numerous chances in a 0-0 Soweto derby draw to Moroka Swallows.

While the Buccaneers were collecting one point as the title race heads for a thrilling climax, overnight leaders Mamelodi Sundowns suffered a shock 2-1 home defeat by mid-table Platinum Stars.

SuperSport United, whose hopes of a fourth title in five seasons had dimmed after a goal drought, snatched a late 1-0 victory at relegation-threatened Santos in Cape Town to stay in the hunt.

Chiefs have a game in hand over the other four title contenders, but their hopes suffered a severe blow on Tuesday when losing 1-0 at home to Maritzburg United.

Pirates are hitting form at the right time after being well off the pace for much of the season and did everything but score in a thrilling clash with old rivals Swallows.

Former Blackburn and West Ham striker Benni McCarthy was denied by the crossbar twice from free kicks and Oupa Manyisa once from open play as Swallows’ defence led a charmed life at Dobsonville Stadium.

But the Birds came close to snatching victory with two minutes left when Moeneeb Josephs parried a close-range Joseph Makanya drive into the path of veteran Siyabonga Nomvethe, who fired over from close range.

It was an uncharacteristic miss by Nomvethe, who is the leading Premiership scorer this season with 12 goals and sections of the media have been calling for his recall to a goal-shy national team with 2014 World Cup qualifiers looming.

Sundowns suffered only their third loss in 25 league outings as star-less Platinum continued a revival that coincided with the suspension of coach Owen de Gama for allegedly demanding cash from players for starting places.