The chameleon of dancehall 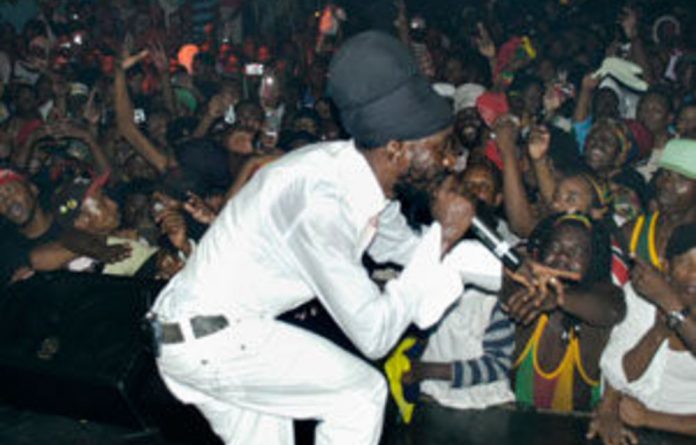 When Sizzla appeared on the reggae scene in the mid-1990s, a Rasta revolution was wrestling for control of the dancehall, thematically speaking, from the foul-mouthed archetype premiered by the melanin-deficient Yellowman in the early 1980s.

The callous gun talk so brazenly espoused by the post-Bob Marley generation was starting to eat its purveyors alive. In 1993, violence claimed the lives of two well-known dancehall stars, Pan Head and Dirtsman. At the same time, two of the genre’s most popular voices and friends of the deceased, Buju Banton and Capleton, were undergoing road-to-Damascus transformations that changed them from rudeboys to Rastas. An ill-fated, smooth singer called Garnett Silk added impetus and the resonant, stately baritone of Luciano emerged to punctuate the sentences.

To a degree, the nexus of this change in sensibility was the bulky late producer known as Philip “Fatis” Burrell. Sizzla meeting Burrell, then, was the straw that broke the camel’s back, as the confounding flurry of militant and virtually flawless Rasta-themed albums they released during this period attests to.

For a while in the late 1990s, when Sizzla and Capleton ruled the dancehall, it seemed like “slackness” (themes of sex and violence) would never return. But as the millennial tension eased, Sizzla would come to embody dancehall in its totality, referring to women both as “empresses” and “fat, sexy things”.

Slowly, the music industry and the fickle habits of Jamaican audiences were sucking him in. The violent posturing of the dubplate arena spilled over from “specials” and inhabited his commercially available songs. From the peanut gallery, at least, it looked as if Sizzla was leaving Bobo Hill for the thick of the dancehall. In reality, though, he was moving from prototypical Bobo Ashanti (a branch of the Rastafari movement) to full-fledged schizophrenic, as his local market dictated.

In his fight for dominance, relevance and ultimately survival throughout the previous decade, there was not a vocal tone he did not incorporate, not a time signature he did not wrestle to its death and not a subject he did not broach. In the process, there was no faction left unscathed.

Master at work
His technical and mythical powers were in full evidence when he took to the Bassline stage on the night of March 11 2010. The venue, which was a stampede waiting to happen, was filled to at least three times its capacity and three times more were hopelessly stuck outside.

The Admiral (Andy Kasrils), co-host of the weekly dancehall night where Sizzla performed, says they had a “45-minute deal” — but the man performed for two hours. “He is a master at what he does, absolutely,” says the Admiral. “The other thing is how prolific he is. This [new] album, The Chant, is probably his 70th.” Other reports have put the exact figure at 67.

In 2010, as part of a six-month African sojourn, Sizzla would spend ­several weeks in South Africa, pursuing avenues for his “youth empowerment and repatriation” mission, performing smaller shows and recording dubplates for the Admiral and Jah Seed’s African Storm Sound System.

“So about two weeks after the show we were at the Bassline with him,” says Kasrils. “He was constantly chatting lyrics to the music in the club. He wasn’t even writing them, just obsessively freestyling to himself. Most of those lyrics are recorded tracks now. Sizzla has a lyrical output [at] a level that we haven’t seen before; it’s astounding.”

Jah Seed, who recorded a track with him, says that during the session “he listened to the riddim [backing track] for two or three minutes and in 20 minutes he was done”.

Sizzla’s frenetic pace has to do with the fact that in Jamaica he operates in a here-today-gone-tomorrow dancehall market that routinely sees up to 80 singles released on a weekly basis.

In his quest for longevity, it seems, he chose the approach of flooding his competition into submission. There was a lot of subpar material recorded in the process. For a long time before the advent of downloading, Jamaica had the highest number of vinyls pressed a week in the world.

Keeping the faith
But ask Sizzla how he maintains the pressure and you get a media-shy answer that sends you straight back to the tabernacle. “I just hail His Majesty [Haile Selassie], chant Nyabinghi, pray every day and never allow criticism to get to me,” he told the Mail & Guardian during a brief phone interview from Europe. “For a lot of people, it is the beautiful songs that we make that help them to get through the day.”

The duet with Jah Seed, How Come, appears on the album The Chant, produced by long-time spar Caveman. The tune also features on the digital version of Jah Seed’s South African Music Award-winning album, No Retreat, No Surrender, released in 2010.

Although The Chant is not a return to the grandiose productions helmed by Burrell or Bobby Digital, there is a sense of his versatility and commitment to his faith, regardless of his survivalist forays into populist dancehall themes.

Sizzla, with the Firehouse crew, performs on Friday at Khayelitsha’s Oliver Tambo Hall and on Sunday at the Walter Sisulu Hall in Soweto