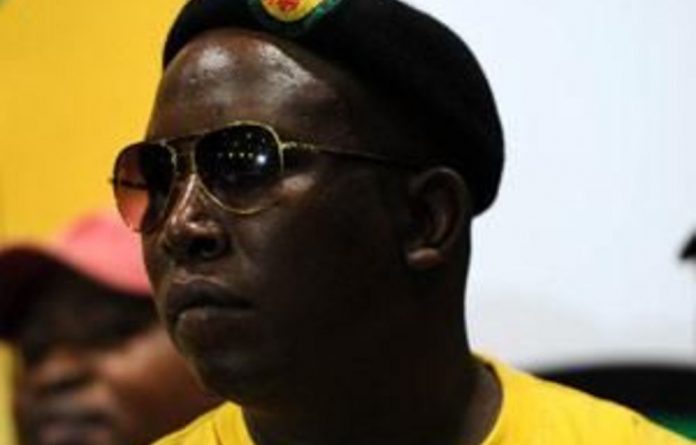 Julius Malema’s expulsion from the ANC has been upheld, the ruling party’s national disciplinary committee of appeals announced on Tuesday.

Late on Tuesday evening committee chairperson Cyril Ramaphosa said Malema’s appeal against his expulsion, which was handed down in February, was dismissed.

This marks the formal end to disciplinary proceedings against the controversial youth leader, which began in August last year.

Malema was originally found guilty by the national disciplinary committee (NDC) of sowing divisions within the ruling party in November last year and was sentenced to a five-year suspension from the ANC.

He was found to have done so by unfavourably comparing the leadership style of President Jacob Zuma to that of former president Thabo Mbeki, and for remarks on bringing about regime change in Botswana.

His suspension was turned into an expulsion after Malema appealed the sentence and the NDCA granted the young firebrand and the ANC the opportunity to argue in mitigation of the original sentence.

The NDCA also upheld league spokesperson Floyd Shivambu’s original three-year suspension. This was decreased from the five-year revised suspension that was handed down by the ANC national disciplinary committee after arguments in mitigation of sentence were heard.

League secretary general Sindiso Magaqa was not as lucky as Shivambu as he was slapped with a one-year suspension, after initially receiving a three-year suspended sentence.

Although this marks the end of internal disciplinary action against Malema, the avenues to challenge his expulsion have not been exhausted. The young firebrand’s next port of call would be asking for a formal review of the process by the ANC’s national executive committee (NEC).

However, this would be a tall order as he would first have to convince the NEC his case is worthy enough to be heard by them.

He would then have to garner the support of over half of the ruling party’s main decision body in accordance with section 12 of the ANC constitution.

While support has been evident for Malema among some of the ANC’s top brass, initial indications show he would struggle to put together sufficient numbers to have the decision returned to the NDC.

Additionally, getting the matter on the NEC meeting’s agenda will be a challenge as it involves applying to ANC secretary general Gwede Mantashe, who determines the programme.

This does not bode well for Malema as he has often called for Mantashe to be replaced at the next ANC elective conference by former league president Fikile Mbalula.

Malema can also attempt to have his sentence quashed at the ANC’s next elective conference in Mangaung in December.

As per section 11.3 of the ANC constitution, the conference is granted the power to “review, ratify, alter or rescind” any decision taken by the ANC or its constituent bodies. But with him no longer able to attend the conference, this looks considerably unlikely, so it would involve him having to facilitate the process by proxy through other ANC members.

His former comrades may also now be hesitant to support a political persona non grata.

If these recognised avenues to challenge the expulsion fail, Malema could count on the youth league sticking with their decision to disregard the NDC’s ruling completely.

On several occasions, the league has said it would defy any sanction handed down to Malema as the ANC must “inform and convince” league members of the decision to institute disciplinary action.

It would be dangerous territory for the youth league as the ANC’s top six leaders — including President Jacob Zuma and Mantashe — have the power to dissolve the youth body, and call a fresh elective conference.

The ruling party’s national disciplinary committee of appeals (NDCA) ruled on Malema’s appeal against his expulsion handed down at the end of February.