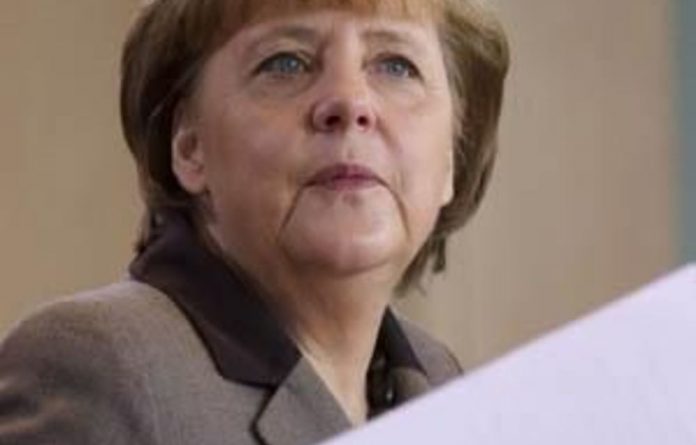 German Chancellor Angela Merkel added her voice on Saturday to calls to bolster the European Investment Bank (EIB) and to use EU infrastructure funds more flexibly to help spur economic growth in Europe.

Her comments are part of a new German emphasis on growth-boosting measures to complement painful tax hikes and spending cuts that have triggered a political and popular backlash against austerity across the euro zone.

The change of rhetoric is also a response to the likelihood that Socialist Francois Hollande will win a French presidential runoff on May 6 Hollande has criticised Merkel’s emphasis on budget cuts and structural reforms.

“I can imagine that we further strengthen the capabilities of the European Investment Bank (EIB),” Merkel told the Leipziger Volkszeitung, according to a brief preview of her interview that gave no further details.

Last week, EU Economic and Monetary Affairs Commissioner Olli Rehn proposed boosting the capital of the EIB, the EU’s investment arm, by €10-billion euros, telling Reuters this would raise the bank’s lending by €60-billion and result in a total investment impact of €180-billion euros.

Robust financing
Hollande has also called for a more robust financing role for the EIB and the more efficient use of EU structural funds.

EU finance ministers are due to discuss the EIB issue at their next meeting in mid-May.

Merkel backed a more flexible use of European Union ‘structural funds’ earmarked for infrastructure, training and other areas, saying they could give a boost to small and medium-sized firms.

However, she said there could be no question of renegotiating a ‘fiscal compact’ on budget discipline agreed by 25 of the EU’s 27 member states last December to include a growth component.

Hollande has rowed back from earlier calls to re-open the ‘compact’ or to seek changes to the mandate of the European Central Bank (ECB), another taboo for Berlin.

Merkel has publicly backed incumbent Nicolas Sarkozy in the French presidential race but said in her newspaper interview she could work well with whoever won the election. — Reuters