Why Bafana have to Safa 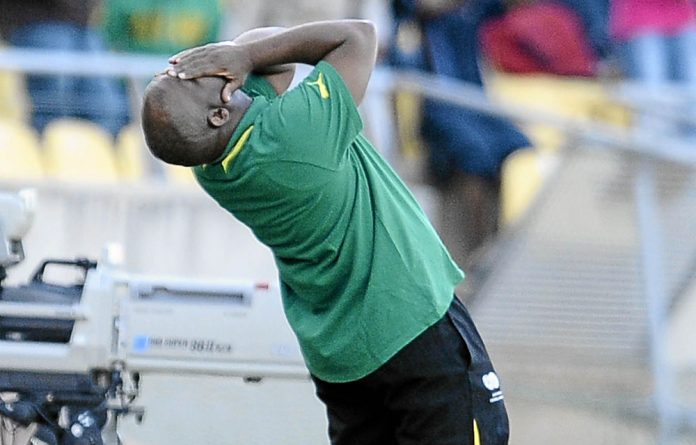 South African football needs therapy, and treatment must begin in Gaborone on Saturday afternoon. Bafana caretaker coach Steve Komphela and his troops need three points against Botswana to yank their World Cup 2014 qualification campaign away from the brink of oblivion. A critical away win would restore some hope and calm.

But victories alone will not cure South African football’s mental problems. Administrators, players, coaches, the media and fans veer wildly between arrogant entitlement and apathetic depression. The post-World Cup hangover has dragged on for too long. Something has to give.

One of the worst legacies of the World Cup has been the financial recklessness at Safa House. It is indefensible that former Bafana coach Pitso Mosimane was paid R800000 a month in a country whose average household income is less than 1% of that sum. Bafana are not remotely that important.

South African Football Association (Safa) executives claim that Mosimane’s deal was half the size of the grotesque deal given to his predecessor, Carlos Alberto Parreira. Even so, Mosimane’s salary exceeded those of the national team coaches of much wealthier nations, including those of Brazil, France, the United States, Japan and South Korea. Who do we think we are?

With the search for a permanent Bafana coach now underway, Safa should be very interested to hear the news that acclaimed Zambia coach Hervé Renard has threatened to quit his job because he has not been paid for six months.

But even the Nations Cup-winning Frenchman would not be worth R800 000 a month to the South African game. Employing 100 youth coaches in rural areas would be a far wiser investment of that sum.

Perhaps the obscene size of Mosimane’s contract, and therefore of any severance payment, deterred Safa from dismissing Mosimane when they had a solid justification for doing so – last October, when he failed to qualify his side for this year’s Africa Nations Cup because his players were not briefed on the tie-breaking rules.

Instead they dallied, a decision that could cost them millions more than the R4-million severance cheque they have reportedly offered him. Mosimane’s dismissal this week, after just one match played in the 2014 World Cup qualification campaign, is hard to justify, however warmly the public welcomed his exit.

Coaches have always been punished for their players’ sins, but Mosimane has a pretty decent case against Safa. The performance clause in his contract may well have been weakened by the association’s failure to take action when he underperformed.

Bafana’s mediocrity
“We believe that his contract of employment has been materially breached. There has been no due process and the issue of the performance of the team has not been properly discussed,” said Mosimane’s lawyer, Rod Harper, of Cowan-Harper Attorneys, this week.

It is also crazy that Mosimane has become national scapegoat-in-chief this week, widely credited as the sole creator of Bafana’s mediocrity. He has blundered in his term of office, no doubt, but he also achieved some superb results, including Bafana’s first-ever competitive victory over Egypt.

One glance at Bafana’s sorry record over the past decade, under a catalogue of coaches, shows that their weakness in international competition goes far deeper than the errors of whoever happens to find himself in the technical area.

Aside from the stubborn technical deficiencies related to a massive shortage of amateur coaches, not least when it comes to goal-scoring, there is a chronic mental softness in South African football. A culture of complacency has been incubated by the luxurious isolation of the local game.

Fast-rising salaries in the Premier Soccer League (the de facto minimum wage is now R25000 a month, with the best 20 or so players all banking more than R200000 a month) have curbed the flow of players abroad, creating a player base of happy, stagnating homebodies.

Scant experience
To make matters worse, PSL clubs have either chosen to bunk African club competitions or flunked out so early that local players have gained scant experience of the tough conditions and standards north of the Limpopo.

As a result, Bafana are constantly stunned that lower-ranked African opponents are capable of matching and defeating them. Last Sunday’s draw against Ethiopia was a classic example of this syndrome of arrogant entitlement.

As skipper Steven Pienaar all but admitted, Bafana blithely assumed they would prevail because they had never heard of the Ethiopian players, none of whom play in Europe. After dominating the opening exchanges, Bafana were flabbergasted by Saladin Said’s superb opening goal, and it took a full 20 minutes to regain their shape and focus.

Here is hoping that Komphela’s flowery orations will inspire a wave of adrenaline and concentration from his charges at the University of Botswana Stadium tomorrow. The coach is not expected to make sweeping changes to the starting line-up, though one-paced defensive midfielder Thanduyise Khuboni may be replaced by the dynamic Orlando Pirates midfielder Andile Jali, and the ring-rusty Bongani Khumalo is tipped to give way to the towering Bloemfontein Celtic centreback Eric Mathoho. Expect Mamelodi Sundowns playmaker Teko Modise to make an earlier appearance off the bench.

Botswana coach Stanley Tshosane will have to do without his combative skipper Mompati Thuma and the excellent SuperSport United defensive midfielder Mogogi Gabonamong. But in Phenyo Mongala and Joel Mogorosi he will deploy two lethal attackers, both capable of dealing a mortal blow to Bafana’s World Cup ambitions.

Bafana are not the favourites tomorrow, though they represent a population of 50-million. The Zebras represent just two million souls. That hurts a bit, doesn’t it?