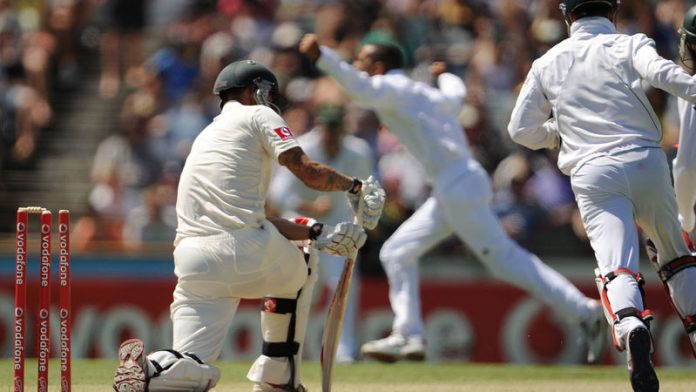 New Zealand's long-suffering cricket fans had further reason to bury their heads in their hands as they woke up on Thursday to find the Blacks Caps had been skittled for 45 runs against South Africa in Cape Town.

Local media described the performance as the worst seen in 30 years, a "humiliation" and a "shambles", while one fan labelled it "an international embarrassment, a truly shocking display of ineptness" on an internet message board.

Kane Williamson (23) was the only batsman to make double figures, while the entire team was bowled out in less than 20 overs. To rub salt into the wounds, South Africa's batsmen eased to 252 for three at the close of play.

"In close on three decades of reporting on New Zealand cricket, [Wednesday's] performance was the worst these eyes have witnessed," the New Zealand Herald's respected sports writer David Leggat wrote.

"There have been sessions, or partial sessions, down the years for which the eyes needed to be averted, even as recently as last season … But this was a full six and a half hours in which everything went wrong. After the batting shambles, the bowling wasn't good enough, some of the fielding schoolboyish, and that's being unkind to the youngsters."

New Zealand Cricket has suffered a public relations crisis in recent weeks after the dumping of former captain Ross Taylor by new coach Mike Hesson before the tour.

'A whole new level'
Brendon McCullum subsequently took charge of the side but the first day's play, albeit against the top-ranked Test side in the world, only brought the controversy back into focus.

"I'm glad they made the captaincy change. This is much better," one Herald reader wrote cheekily on the newspaper's website. "Brendon has taken us to a whole new level."

"England will definitely have to send a full strength squad down to us next month," he added in a tounge in cheek reference to the tour by Alastair Cook's side from next month. "I can't wait. See you at the ground everyone."

New Zealand Cricket's administrators, including chief executive David White and chairman Chris Moller, were heavily criticised for their handling of Taylor's demotion and did not escape the wrath of the public on Thursday.

Many newspaper website posts called on Hesson and New Zealand Cricket (NZC) executives to resign, while one suggested they cancel the rest of the South African tour and the England visit to save the nation from further embarrassment.

"Coach Hesson stop hanging your head in absolute shame and put your signature at the bottom of that piece of paper titled RESIGNATION," one reader wrote on the Stuff.co.nz website.

"Then hand that piece of paper to the rest of the NZC administration so that they may do the same." – Reuters