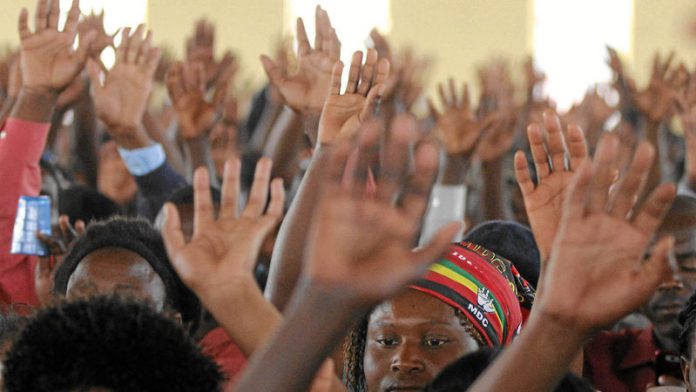 Zimbabweans have begun 2013 still searching for clues as to whether this will be the year they face elections, with the resignation of the country's human rights chief only the latest in a string of hurdles leading up to a fresh poll.

President Robert Mugabe wants elections in March, but the resignation of Reginald Austin, the head of Zimbabwe's human rights commission, sets the stage for yet another fight.

The respected lawyer quit last Friday in protest at the lack of independence and resources given to the commission, which is tasked with curbing rights abuses. It is said Zanu-PF is already lining up an ally as his replacement, which would lead to a battle with the Movement for Democratic Change (MDC).

The commission was one of the key reforms demanded by regional leaders at the formation of the coalition government in 2009. But the body has been denied powers to investigate and act on rights abuses and has been barred from probing violations leading up to the 2008 elections, during which the MDC says hundreds of its supporters were killed.

Austin said the commission had "no budget, no accommodation, no mobility, no staff and no implementing Act or corporate legal status".

Rights groups fear violence erupting in the next election, and report the re-emergence of Zanu-PF militia camps in rural areas. But the rights commission lacks "effective powers and independence to take strong action in relation to election-related violence", the lawyers, group said this week. "Executive interference must be minimised and legislators must act swiftly to improve the enabling Act ahead of the constitutional referendum and elections."

Granting the commission more powers, it said, would "put perpetrators on notice that they will not escape liability for any human rights violations during an election period, or generally".

Zanu-PF and the MDC are still bickering over when to hold the elections. The MDC wants elections under a new constitution, but Zanu-PF says they can be held under the current one. Mugabe's departure on a month-long holiday has all but stopped the process, as Zanu-PF has previously shown it is unable to make any key decisions on the reform process without its leader's direct involvement.

Mugabe spokesperson George Charamba said the president's absence will not disrupt the constitutional reform process, but it may confirm Mugabe's insistence that he can still call elections before a new constitution is agreed on. The MDC has tried to make capital out of Mugabe's absence, with Prime Minister Morgan Tsvangirai's top aide, Alex Magaisa, saying Tsvangirai had cut short his holiday to work on the constitutional reform process.

"We do not have time to waste going on long holidays," he said.

The constitution provides for elections to be held by October, and Tsvangirai aides expect the poll to take place around June.

"We have also decided to go for it and have agreed to go for a referendum in March and the election in June," said Eddie Cross, a senior Tsvangirai adviser.

"That is not going to be easy and I doubt that conditions can be made really free and fair by June, but we will just have to do what we can and get the best shot that we can in the circumstances."