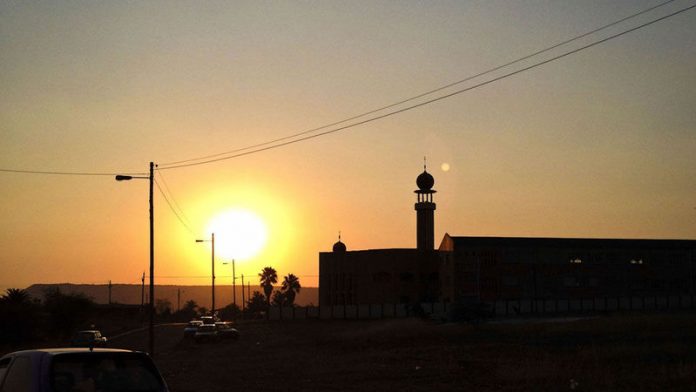 It was 1993 and I was seven when we moved into our newly built house in Acaciavale. The kitchen floor was plain cement and our rooms did not yet have cupboards, but we unpacked and called it home. There was a garden, a double garage and a swing – and if we had been white and had a matching picket fence, the dream would have been complete.

It took just three minutes to get from our yard to my school gate. My uncle lived two streets away, my grandmother was just around the block. We lived so close to the mosque that we could hear the 5am call to prayer even when the microphone was broken. A shopping spree at the mall would last an hour because it could only last an hour. Hangout options were a) my house b) my best friend's house c) the Wimpy. The circus came twice a year. Ladysmith was a small, cozy and convenient place for those who liked small, cozy and convenient places and for motorists needing a fuel-and-food stop off the N3.

It has made the history books and Wikipedia – the British battled the Boers here in an epic 118-day siege; Joseph Shabalala of Ladysmith Black Mambazo was born here; and the Sufi mosque is one of the most beautiful in the southern hemisphere. But for teenagers who wanted to go to the movies, who were wary of neighbours, who strongly felt there had to be more to weekends than visiting granny and baking scones, Ladysmith was the arse end of the world. In episodes of dysthymia on many Saturday nights, I fantasised about leading an army towards the N3, armed with our suitcases and screaming "freedom!"

It came soon enough in the form of university and then the move up to Jo'burg. Here, there is little time to bake, I do not drive without a GPS, and I wish that shopping would take just an hour. In retrospect, with a child of my own now, I appreciate the simplicity of small-town life, but not enough to resume it. I love the frenzy and fluidness of Jozi. Like me, she's still making up her mind about who she wants to be.

But Ladysmith is home because home is where one's history is. When I visit, it is like opening a memory vault to find every­thing in its reassuring place. There is my old school, the hall in which my wedding reception was held, and Uncle Zulfi's hot dog caravan is still on the same street corner. And here, inside 49 Protea Drive, is my bedroom with half-peeled stickers on the closet door; there is the kitchen in which my dad was shot (thankfully he survived); and outside is the swing, slightly rusted but rooted in the ground like an oak.

Peaceful protesters ‘pleaded guilty to get out of jail’

From slum city to urban living hub: How Jo’burg got its groove back

Home is not necessarily a glittering castle. It can be a cramped room on the first floor of an old, rundown building and the subject of a court case.
Read more
National

Dispatches: Snapshots of a life that was

Once a popular photographer, Phuzi, the old man from Tsakane blames his hardships on a strange illness.
Read more
National

Dispatches: ‘I greet you with the hand of life’

Paul Motshabi was badly beaten by the AWB in 1996. Now he lives quietly in the township of Makokskraal.
Read more
National

Dispatches: The bookstore with no name