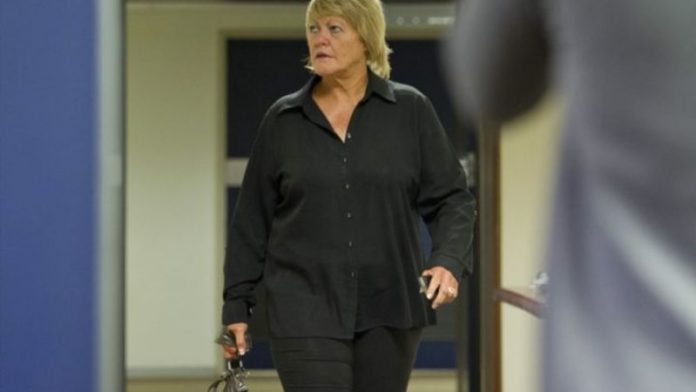 Advocate Mrwebi told suspended prosecutor Glynnis Breytenbach's disciplinary hearing on Friday that he felt like his intelligence had been "insulted" by a scathing attack by Breytenbach on his decision to withdraw fraud charges against Richard Mdluli.

Mrwebi, the head of the National Prosecuting Authority's (NPA) Specialised Commercial Crime Unit, was reacting to a question from the NPA's advocate William Mokhari regarding allegations suspended prosecutor Glynnis Breytenbach had made last year in her (unsuccessful) Labour Court application to have her suspension overturned.

Breytenbach accused Mrwebi of being "irrational and misguided" when he withdrew fraud and corruption charges against Mdluli, the former head of crime intelligence. Mokhari put it to Mrwebi: "What is your take about your subordinate who says your decision was irrational, and that you are operating under a misconception. That you are misguided?"

Mrwebi responded: "Well, to be honest, I feel like it is an insult to my intelligence. What I find strange [is that] this all is stated, notwithstanding the decision we had made in December. This is disrespectful that she is attacking me in this fashion."

Mrwebi is the last witness to testify for the NPA in their case to have Breytenbach suspended for her lack of impartiality in the fraud investigation into mining company Imperial Crown Trading.

'Gross insubordination'
The company has been locked in a battle with rival miner Kumba Iron Ore over a multibillion-rand stake in the Sishen Iron Ore mine in the Northern Cape since 2009. Breytenbach is accused of "engaging" Kumba's legal counsel, advocate Michael Hellens, against Imperial Crown Trading (ICT) in the drafting of affidavits for an application for a search-and-seizure warrant.

The NPA has also accused Breytenbach of bringing the NPA into disrepute by allegedly conducting media interviews in which she said the NPA had ulterior motives for suspending her. She is also accused of "gross insubordination" for refusing to hand over her work laptop and of deleting evidence, following her suspension.

Breytenbach has maintained however that she was suspended because of her persistence in wanting to prosecute Mdluli, and that the ICT claim is just a smokescreen being used by NPA.

Mrwebi ordered the provisional withdrawal of charges against Mdluli on December 14 2011, following an agreement (he claimed on Friday) he had reached with Breytenbach and North Gauteng director of public prosecutions, advocate Sibongile Mzinyathi during a meeting on December 9 2011

According to Mrwebi the three of them agreed on the provisional withdrawal of the charges against Mdluli, based on the understanding that Breytenbach would "instruct the police to [deal with] problematic issues". Mrwebi testified that he had raised his concerns over Mdluli's case, especially with regards to various "procedural issues on how certain things were done. You can't take a matter to court when you have loopholes in the matter."

Mrwebi's 'instruction'
He added that he had told Breytenbach and Mzinyathi that once they had addressed these "loopholes, the matter will be reinstated".

"I said Glynnis: You don't have to ask for my permission once the investigation is complete, you do not have to ask me. Re-enroll the matter," Mrwebi testified.

Following the December 9 meeting, Mrwebi received "an instruction" in March 2012 from the inspector general for intelligence "to reinstate the charges" against Mdluli.

Mrwebi told the hearing the inspector general for intelligence's letter was insulting: "I felt insulted that the inspector general for intelligence told me what to do, I am meant to act impartially. My problem is there was no new information to say [we should reinstate the charges]. As far as the matter is concerned, as far as those issues [loopholes] were raised nothing was done. There was no change in the circumstances at the time."

Mokhari asked why there had been no change, to which Mrwebi responded that Breytenbach had never got back to him with regards to the police's further investigation into the so-called "loopholes".

Mrwebi also denied that he had been involved in the "process" of Breytenbach's suspension, although he said that he had written a memo in early 2012 in which he "raised certain issues on how I see the matter".

Earlier, Mrwebi testified that if a prosecutor is "investigating a matter under the guidance of the complainant, it means you have lost your objectivity".

He also denied that it was common practice for prosecutors to utilise the complainants counsel.

"So far in my experience, there is no such practice. It is contrary to the code of conduct of prosecutors who have to act without fear or favour."