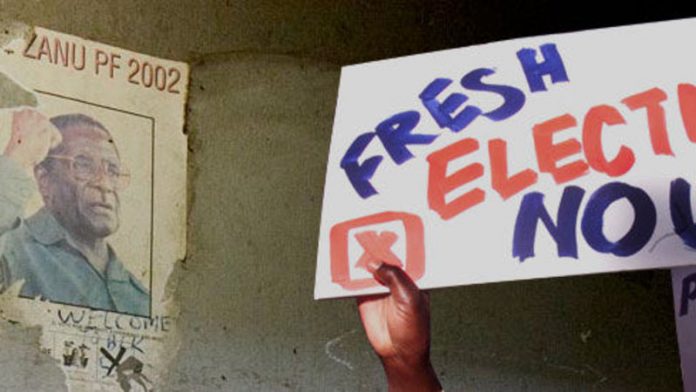 The Mail & Guardian spoke to Wharton about the imminent constitutional referendum, elections, the indigenisation programme and US sanctions.

How will the US seek to influence the elections, if at all, so as to avoid violent clashes witnessed between Zanu-PF and the Movement for Democratic Change in 2008?
The results of the elections are a matter for the people of Zimbabwe alone to determine. As a friend of the Zimbabwean people, the US will engage broadly to advocate that the conduct of those elections is transparent and non-violent, and that the results are honoured.

The credibility of the results will be judged against the SADC election guidelines and will include the atmospherics of the campaign, not just the conduct of election day.

We are concerned by the deployment of Zimbabwe Defence Forces troops throughout the country on nominal "administrative service" duty that may seek to influence how communities will vote.

We are also concerned that elements of the state have commenced with a concerted campaign to intimidate civil society and that the state-run media and various other state institutions show a consistent pattern of bias in favour of one particular party.

If these trends continue, it will be difficult to pronounce the declared winner "legitimate".

What is the US's assessment of the unity government?
The transitional government has brought much-needed stability to the country. It has prevented any side from seizing the political and economic agenda and it has also forced all parties in the government to engage with one another and to govern in a way that addresses the needs of all Zimbabweans, not just those from a "winning" party.

What is the role of the Southern African Development Community (SADC) and the African Union (AU) in the country's politics?
SADC and the AU are key guarantors of the Global Political Agreement. They have proven effective in urging the parties to the GPA to find compromise and engage across party lines to bring the constitution-making process towards conclusion and to establish a road map to elections.

Robust SADC and AU election observer missions will be critical to determining the credibility of the coming referendum and elections.  If violence, intimidation or departures from the rule of law dominate  these processes, it will be incumbent upon these bodies to deny legitimacy to the claimed winner.

SADC has the most at stake [when it comes to ensuring] a stable and prosperous Zimbabwe and therefore must be in the lead in working with Zimbabwe on a solution that brings the country back to a path of stability and prosperity. The US views itself as a partner of the people of Zimbabwe and seeks to support SADC in this effort.

How does the US view the indigenisation programme?
Zimbabwe's history has been repeatedly punctuated by inequity. Concerted actions are clearly needed to level the economic playing field and to empower all Zimbabweans to seize the full array of opportunities to improve their future.

To the extent that indigenisation creates sustainable economic opportunities and growth for those long oppressed, we understand its importance.

We also believe that international investors will need clear, consistent rules and standards, equitably applied, before they will begin to make an investment in Zimbabwe.

Does the empowerment policy discourage US investors?
American firms have no problem with empowerment or joint ventures with local partners.

American investors, however, have expressed concern about uncertainty and inconsistency in the application of the indigenisation law.

Until there is a consistent application of the law and a demonstrated commitment to protect property rights in Zimbabwe, US businesses may remain interested but unlikely to put investments at risk.

The MDC is now making calls for sanctions against President Robert Mugabe to be removed. Will the US heed such calls?
The US-imposed targeted sanctions are on those individuals and firms involved in, or enabling, the undermining of Zimbabwe's democratic institutions and rule of law.

We imposed those restrictions based on actions on the ground in Zimbabwe and in response to the principles and values that guide US foreign policy.

Once dynamics on the ground demonstrate that state institutions are no longer run in a partisan manner, the rule of law is no longer biased in favour of one political orientation and the rights of the people are respected, there will be no further grounds for maintaining those sanctions. We [the US] have demonstrated fairness and evidence-based decisions in our handling of the Zimbabwe issue as chair of the Kimberley Process last year, and we have shown tangibly in Burma that we are prepared to recognise and respond positively to real reforms.

We hope that the conduct of the coming elections will provide the grounds to lead us to remove all restrictions on Zimbabwe and its leaders.

The layoffs will come at the Chinese company's US-based research and development arm, Futurewei Technologies, which is incorporated in Texas
Read more
Friday

Game, set and watch in minutes

Having long failed to establish a stable political system, the government of President al-Bashir has presided over a prolonged economic crisis
Read more
World

The arrest of Meng Wanzhou, who faces US fraud charges related to sanctions-breaking dealings with Iran, has infuriated Beijing
Read more
Advertising
Continue to the category
National