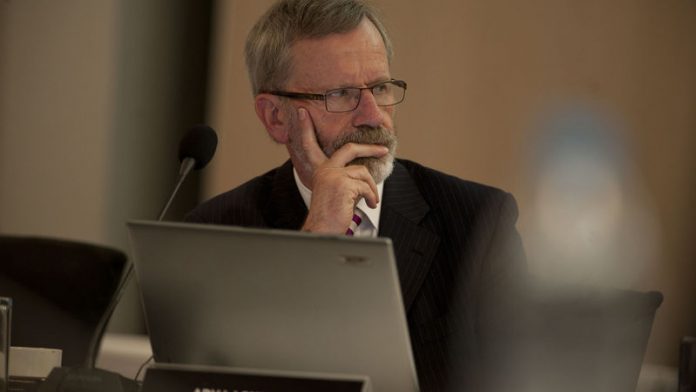 Smuts, a representative of the advocates profession on the commission, was appointed in 2009 and in a statement to the media said that he had found the commission's track record during that time "disturbing".

The Mail & Guardian understands that he was given a "torrid" ride at Monday's closed sitting of the commission when a document that he had penned for internal circulation – but which had been leaked to the media – was discussed. In the report, Smuts had stated that the commission had a bias against appointing white male candidates and that it only did so in "exceptional circumstances".

The report appeared to set the cat among the pigeons at the commission.

Smuts said he had on "numerous occasions been in despair at the outcome of the [commission's] deliberations" and that it had, during his time on it "left a trail of wasted forensic talent in its wake which would be remarkable in a society rich in human resources, and is unintelligible in a society such as ours in which, for reasons of our discriminatory history, such resources as scarce.

He named several white males as "examples of intellectual forensic excellence" who had been overlooked by the commission, including advocates Geoff Budlender, Jeremy Gauntlett who has been overlooked for both the Western Cape High Court and the Constitutional Court, and advocate Torquil Paterson who had, famously, told the commission during his 2009 interview for a place on the Eastern Cape High Court that "there is no God".

'Deeply concerning'
Smuts also mentioned current Supreme Court of Appeal Court judge Azhar Cacahlia, who is considered struggle royalty and who, in 2009, had demonstrated a strong will and independent-mindedness during his interview for a Constitutional Court position, and advocate Willem van der Linde, who had admitted to being a member of the Broederbond at a young age. The commission has previously appointed former Broederbond members to the bench.

Smuts said these candidates were examples of "intellectual forensic excellence, steeped in the values of the Constitution" and that their rejection by the commission "illustrate something deeply concerning about the commission's approach to the intellectual leadership of our legal community. The approach has resulted in a massive loss to our courts of the opportunity to utilize optimally the finest intellectual prowess.

Smuts, who earlier this year resigned as deputy chairperson of the General Council of the Bar in protest against its stance on the Legal Practise Bill was also critical of the litigation the commission has pursued in recent years.

In the past four years the Supreme Court of Appeal ruled that a commission decision not to fill two out of three vacancies on the Western Cape bench to be "irrational", among other judgments against the commission.

Commission spokesperson, advocate Dumisa Ntsebeza said the body had been notified of Smuts resignation on Friday and said it was "the correct thing to do" if Smuts "found that he was really unable to be a part of this body".

"We have accepted his resignation," said Ntsebeza noting that it appeared Smuts had had "time to reflect on it".

The commission also announced on Friday that it had not recommended any of the five candidates it had interviewed for a position on the Eastern Cape High Court bench.