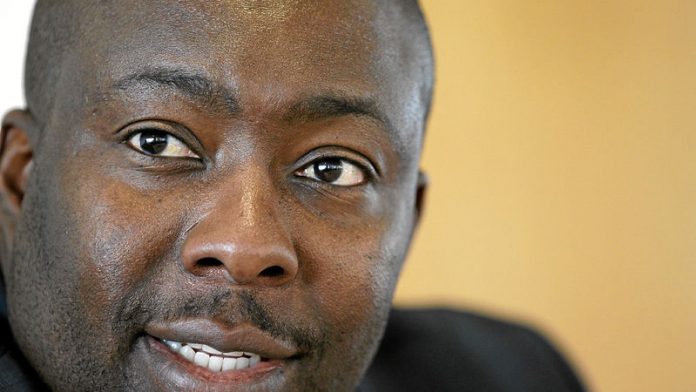 Tongaat Hulett  is listed on the Zimbabwe Stock Exchange.

The Zimbabwe unit contributed 19% to Tongaat Hulett's total interim revenue and 32% to operating profits in the half-year period to September 2012. Kasukuwere accused Tongaat Hulett this week of failing to comply with the country's 51% indigenisation laws, which compel companies to transfer majority ownership to black Zimbabweans. A showdown is looming between Kasukuwere and Tongaat Hulett officials.

It is understood from sources at the National Indigenisation and Economic Empowerment Board in Harare that Tongaat Hulett officials were due to receive a letter from Kasukuwere on Wednesday instructing them to "either comply or move out of their Hippo Valley unit".

In an interview with the Mail & Guardian this week, Kasukuwere said patience had finally run out with the sugar-maker over its dilly-dallying antics and failure to commit to compliance. "We are not relenting on Tongaat Hulett. They have been defying the country's laws for a long time and now it is time for them to face up to their actions," said Kasukuwere.

Indigenisation is the central plank of President Robert Mugabe's re-election bid. He wants Zimbabweans to go to the polls in June and the stepping up of the indigenisation programme by Kasukuwere is widely interpreted as an attempt to curry more favour for Mugabe. Kasukuwere's fierceness against Tongaat Hulett has also been spurred on by his failed bid last week to take over the banking sector.

Moves to take over the majority stake in Standard Chartered were resisted by Reserve Bank of Zimbabwe governor Gideon Gono, who warned the minister to back off the financial services sector.

Compliance
Trevor Maisiri, a senior analyst based at the Johannesburg offices of the International Crisis Group, said it was difficult to pinpoint the cause of the renewed crackdown against Tongaat Hulett.

Eric Bloch, a senior economist at H&E Bloch, said the latest row between Kasukuwere and Tongaat Hulett exposed the policy deficiency of the unity government, because "conflicting statements, mixed messages and political point-scoring" had become the order of the day in Zimbabwe.

"Primarily, foreign investors are not averse to indigenisation but want flexibility in choosing partners and a government that will keep their investments secure," said Bloch.

Officials hosting an international trade fair in Bulawayo next week indicated that South Africa had the largest number of exhibitors for the fair and interest in Zimbabwe business remains strong.

Since last year, several large South Africa-linked companies have complied with the 51% indigenisation law – giving them room to expand their operations in the country. These companies include Impala Platinum's subsidiary Zimplats, which earlier this year signed off on a $971-million deal through vendor financing. Indigenisation deals have also been sealed with Anglo American Platinum's (Amplats) Mimosa mine, Unki Mine (a joint venture between Zimplats and Amplats), cement manufacturer Pretoria Portland Cement and Caledonia's Blanket mine.

Anglo American Platinum is considering a new mine at a cost of $400-million, and in February PPC announced plans to build a $200-million cement plant. Zimplats is carrying out an expansion exercise at one of its main platinum mines in Ngezi, at $460-million.