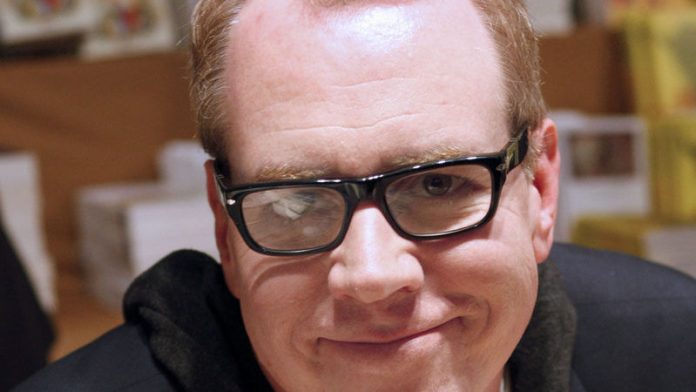 Ellis was barred from attending the annual GLAAD (Gay and Lesbian Alliance Against Defamation) event at the weekend, the perennially controversial novelist and screenwriter revealed.

Ellis was due to attend the Los Angeles event, which honours organisations and individuals for their positive representation of those in the gay, lesbian, bisexual and transsexual communities, as the guest of an invitee. The writer, who is currently in a gay relationship, revealed via Twitter he would no longer be attending.

"As a gay man in a domestic partnership who plans to get married, I'm sad to hear I've been banned by GLAAD from attending tomorrow's event," the American Psycho author wrote. "GLAAD is supposedly 'furious' about my tweets. And I'm guessing not the ones concerning my boyfriend or how sexy I think Adam Driver is."

GLAAD later confirmed it sought a meeting with Ellis after noting that he was due to attend, but denied issuing an outright ban on the writer.

"GLAAD spoke with the guest who was planning to bring Bret about some of Bret's recent remarks, which the gay community responded negatively to," the organisation's vice-president of communications, Rich Ferraro, told the Hollywood Reporter. "We also asked for a time to sit down with Bret. They decided to replace Bret with a different guest and there has been no response to the offer of a meeting."

It's GLAAD's party and they can invite whoever they want, but as the guest of someone invited who was told today she can't bring me, well…

Slew of controversial comments
Ellis made a slew of controversial comments via Twitter over the past couple of years which might easily have been the source of GLAAD's ire. In 2011 he compared the experience of watching TV show Glee to "stepping into a puddle of HIV", and last year argued that openly gay US actor Matt Bomer was wrong for the role of Christian Grey in the upcoming Fifty Shades of Grey film purely on the basis of his sexuality. He also said he agreed with Paris Hilton after the latter was caught on tape suggesting that gay men who used the "hook-up" app Grindr "probably have Aids".

It was not only gay people the Less Than Zero author upset via Twitter. He was forced to apologise to film-maker Kathryn Bigelow in December after suggesting the director of The Hurt Locker only won an Oscar because she was a "hot woman", and raised eyebrows in 2010 after joking about holding a party to celebrate the death of The Catcher in the Rye author JD Salinger.

Ellis was still tweeting away at the time of writing. His latest posting berated GLAAD for barring him but honouring the US's former president Bill Clinton. "Bill Clinton signed Doma [Defence of Marriage Act] and Don't Ask Don't Tell and cheated on Hillary," wrote Easton Ellis. "I dissed Glee and Matt Bomer as Christian Grey. GLAAD: RIGHT ON!" – © Guardian News and Media 2013