MPs and Sefa face off over lending 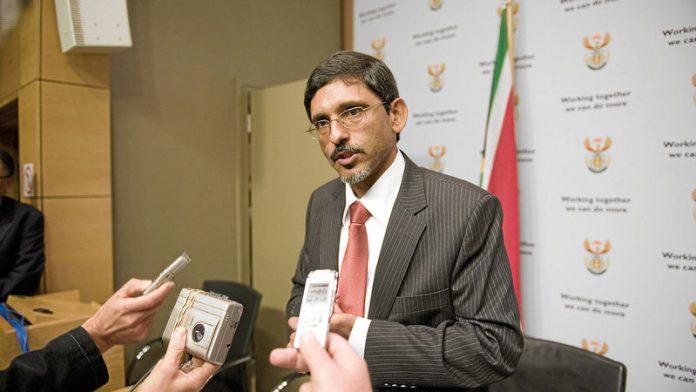 Members of Parliament are facing off with officials from the state's Small Enterprise Finance Agency (Sefa) over how best to lend to small businesses, and are split over whether the state should lend directly to small firms or through intermediaries.

For business owners it makes little difference how they get the finance &ndash; government, intermediaries or banks. The concern for some is that the government is not equipped to lend directly to businesses and that it might result in non-payments spiralling out of control.

Sefa was launched in April last year and is a result of a merger between Khula Enterprise Finance and the South African Micro-finance Apex Fund (Samaf). The new agency, which falls under the Industrial Development Corporation (IDC), currently lends to business owners by way of retail finance intermediaries and through banks via a credit guarantee scheme.

Since 2011, first under Khula and now under Sefa, the government has also been testing "direct lending", which involved the agency lending directly to business owners.

Sefa also aims to complete the development of its direct lending product, which offers finance of between R50 000 and R5-million, by the end of November.

Many believe that the IDC's track record in direct lending will be a boost to Sefa as it scales up its direct lending model and rolls out a further nine branches or satellite offices every year.

So far only a handful of loans have been approved under the direct funding model. For example only 41 businesses received direct funding from Sefa in the first two quarters of 2012/13, according to a written parliamentary reply by the minister of economic development, Ebrahim Patel, in November last year.

At the end of 2011, collections on direct loans were 98% and on March 31 last year there were no write-offs, according to Khula's 2011/12 report. Yet it is early days. Defaults are likely to only begin accumulating in later years.

Earlier this month, members of the National Assembly's economic development portfolio committee questioned Sefa over the use of finance intermediaries and whether this had not increased the costs of lending for business owners struggling to obtain finance.

Under pressure from the committee to lower the cost of lending for small businesses, the agency plans to bring this down to 25c for every rand by 2017/18.

Retail finance intermediaries that lend to small businesses generally make a margin of between 3 and 5% of the finance they onlend from Sefa. The agency also onlends to micro-finance agencies.

Earlier this month at a roundtable discussion between Sefa, the banks and intermediaries, Patel, whose department oversees the agency, cautioned that although his department would consider ways to make lending more affordable, the government was not looking at removing any of Sefa's three lending channels.

Patel said one concern was that intermediaries were, in many cases, using the maximum legal interest rate as the standard lending rate, irrespective of the profile of the borrower or the business plan for the loan.

When Khula launched in 1996, it operated as a wholesale financier. It was also hoped that government-backed guarantees would assure banks and get them to participate in lending to small businesses. However, the scheme never topped 800 guarantees in any one year, and after five years half its retail finance intermediaries had closed down, many suffering massive non-payment issues.

Under Khula, the scheme ground to a virtual halt following the 2008 global financial crisis, when the number of defaults spiralled, leading banks to steer away from the scheme. At the time the government hit out at banks over their reluctance to use the scheme.

Banks in turn have blamed the large amount of red tape in the claims process and having to seek a court judgment before lodging a claim on defaulted loan. This can take years to complete.

Although Sefa said it is addressing some of the banks concerns around the lengthy claims process, Patel believes there is room for banks to ratchet up lending under the scheme.

Sefa chief executive Thakhani Makhuvha wants the organisation to lend out R790-million in guarantees over the next five years &ndash; a mere 15% of the R5.8-billion in finance Sefa aims to disburse over the same period. This translates to about R160-million a year that Sefa wants to get banks to lend out through the scheme, way higher than the current R20-million in guaranteed loans lent out in the last financial year.

Wolfgang Thomas, professor extraordinaire of economics at Stellenbosch University's Centre for Development Policy and Partnership, believes the state should partner with the private sector when it comes to lending to businesses by, for example, utilising the guarantee scheme more and by teaming up more with the private-sector financiers to run specialised funds.

Small business analyst Septi Bukula of Osiba Research said there is space for the state to lend both directly and through banks and intermediaries, but he stressed that to carry out direct lending required that lenders have added capacity and skills in credit vetting. A key challenge was that Sefa did not have any say over who their intermediaries lend to.

This, said Bukula, creates certain problems. If the quality of the loans book is bad then Sefa takes all the risk. Similarly, if the intermediaries remain risk adverse then Sefa gets the blame, not the intermediaries, he said. Bukula said that ultimately South Africa needed to develop more innovative lending products and tools to assess lending risk if it was to boost lending to small businesses.

In the end MPs must ensure that lending picks up under Sefa. But just as importantly they must ensure that it is sustainable and that finance goes to support entrepreneurs running viable businesses that will create the jobs the country badly needs.Otherwise, Sefa will become another national youth development agency &ndash; with irrecoverable loans making up 53% of the agency's R7.1-million in disbursements to small businesses in 2011/12.

This feature was made possible by the Mail & Guardian's advertisers. Content and photographs were sourced independently by the M&G's supplements editorial team

Modack defence tries ‘back door’ to pull evidence from state

Magashule is expected to argue that the step-aside rule 25.7 is unconstitutional and unlawful
Advertising