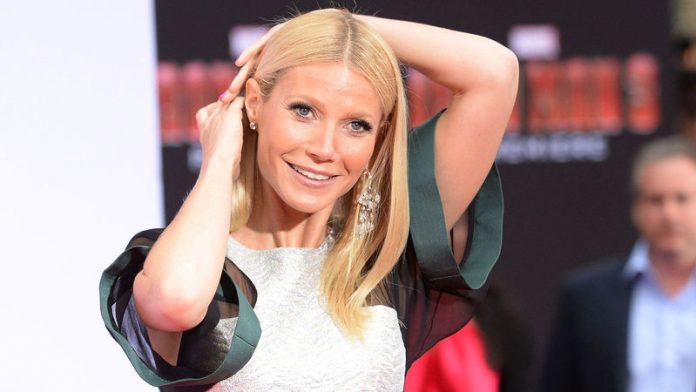 US magazine People has announced that actor Gwyneth Paltrow is the most beautiful woman in the world. Everyone loves a competition, don't they?

I'm assuming People knew this could only lead to nasty comments being made about poor Gwyneth. When the newspapers publish their rich lists, the debate is all about a widening wealth gap, a Russian takeover, the existence or otherwise of social mobility, but few people question whether or not Alisher Usmanov and Lakshmi Mittal have money. With a beauty list, the tricoteurs gather to argue against its very proposition.

"Spindly, wide-faced Gwyneth?" they ask themselves incredulously. "With googly-eyed Amanda Seyfried at number three? How can this be?"

In the online debate, naturally, they do not phrase this with quite so much delicacy.

However determined one is not to take part in the endless, sexist, soul-diminishing public dissection of famous women's looks, it is almost impossible to stop one's brain from having an immediate opinion when it spots a poll like this.

My second thought was certainly: "I am not going to engage in a mental conversation about the merits and demerits of other women's bodies." But my first thought was: "Meh, really, Gwyneth Paltrow? Bit thin and pale, isn't she? Bit bland?"

I thought this while in urgent need of a haircut, about 3kg overweight (or 12kg, depending on whose rules you believe), wearing gardening trousers and an ill-fitting vest, with a sunburnt nose and bits of popcorn in my bra. Which would worry me less, if it hadn't been two months since I last went to the cinema.

Most hated and most beautiful
It was thus, my face and body in frankly pitiful condition, that my brain thought it was best to leap into attack on Gwyneth Paltrow's flaws. This was immediate and instinctive, before I reined my brain back in with a stern reminder a) to behave itself, b) that she's stunning, c) that it might want to turn its attention to the exercise bike it persuaded me to buy from John Lewis last year, that's been used as an overpriced clothes hanger ever since.

A week or so ago, Star magazine announced that Gwyneth Paltrow is the world's most hated celebrity. Whether Gwyneth should be depressed or delighted by this news depends entirely on the relationship between the two gold medals. If she believes she is the most hated because she is the most beautiful, that's really awful. But, of course, that is not the case. "Most hated" and "most beautiful" mean the same thing in this little goldfish bowl, viz: "Most to the fore of people's minds when they are making a list."

I remember realising how big a star Jonathan Ross had become, for the first time, when he was voted best-dressed man and worst-dressed man in the same year.

Gwyneth Paltrow is 40, which, doing a quick calculation, is 86 in actress years. By rights she should be sitting alone in a rocking chair, desperately hoping to be offered the role of the old dear who smiles indulgently in the last scene of a romantic comedy when her grandson Billy Crystal marries Anne Hathaway.

Instead, she still wields great currency; still tops polls of most hated and most beautiful; I hope she can step back and take it as a sign of professional success. Her continued relevance is not really down to the film career – if you're not a fan of Iron Man and its series of sequels, you're unlikely to have seen her do much on screen for several years – but to her own portfolio of other, self-generated work: writing recipe books and culinary travel books and publishing cookery, fashion, craft and lifestyle tips on her website GOOP.

It's these domestic and lifestyle titbits that people find annoying. Certainly, it's easy to let them get your goat. Her latest book, published a fortnight ago, features recipes that feature "no coffee, no alcohol, no dairy, no eggs, no sugar, no shellfish, no deep-water fish, no wheat, no meat, no soy, nothing processed at all!", yet nevertheless include "power brownies, banana 'ice cream' and more!"

Those inverted commas round 'ice cream' depress me enormously. What do you think "banana 'ice cream'" will prove to be? Eating a stick of celery in the snow while thinking about a banana?

Books and a website
Meanwhile on GOOP, we are currently advised that "this chateau for eight in the French countryside with tennis courts and a pool makes for a nice family getaway", and encouraged to buy a £480 "Valentino studded leather iPad case". No doubt, if you found yourself in a chateau with Gwyneth Paltrow and this insanely priced gadget-holder, you could think of somewhere to stick it.

But what do we expect her to be doing? We know option one: sit waiting for granny roles and the odd cameo in an Oscars retrospective. She has chosen option two: another job on the side. She could apply to work in a call centre, but this wouldn't do much to keep her profile up.

So, books and a website make sense. Having got them, if she raved about her favourite holidays at Centre Parcs and £20 Primark trousers, we'd find it fallacious and patronising. If her recipes were full of fat and sugar, we'd wonder why she wanted us to grow lardy and toothless while staying slim and pearly herself. It's exasperating, and socially unhealthy, when thin actresses pretend they are constantly gorging on cheeseburgers.

The alternative to Gwyneth's sparkly lifestyle blogs, then, is either for her to lie or to disappear into invisible middle age like so many women before her. We should be pleased with the route she's chosen. We have to admire it, and we can; that just takes a bit of effort. I wish it didn't. – Guardian News and Media 2013