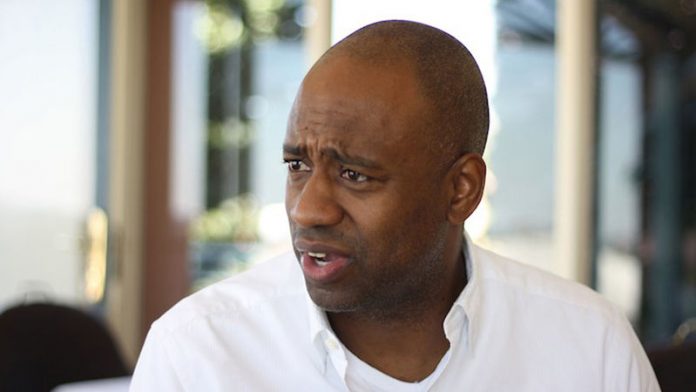 Lawyers acting for Henry Banda, the son of Zambia's former president Rupiah Banda, are celebrating after Interpol confirmed that their client had been removed from its database.

In January 2012, at the request of Zambia police, Interpol issued a red notice, the closest equivalent to an international arrest warrant, against the 46-year-old businessman, who for some years has lived in South Africa where he has residency through marriage.

According to documentation seen by the Mail & Guardian, Henry Banda, who was a leading figure in the election campaign for the Movement for Multiparty Democracy (MMD) in 2011, was wanted by Zambia's police and the country's anti-corruption commission for alleged money laundering and being in possession of "unlawfully obtained" property.

However, despite approaches by his legal team to the Zambian authorities over the course of 16 months, no details of the charges were ever released and no legal case for extradition was presented to South Africa. Last month, Interpol confirmed that an investigation into the case notes had "raised strong doubts concerning compliance with Interpol rules" and said that Banda's file had been deleted from its records.

"There never were any formal charges. From inception, it has been obvious that this has been politically motivated," she said. "The aim has always been to get at Rupiah Banda because of the threat he poses to the Patriotic Front government."

Anti-corruption ticket
Rupiah Banda left office in September 2011 when Michael Sata, in his fourth attempt to win the presidency, and his Patriotic Front swept to power, ending 27 years of rule by Banda's MMD.

Sata, who served alongside Rupiah Banda in Kenneth Kaunda's post-independence, one-party government, campaigned on an anti-corruption ticket and since his election several MMD figures have been accused of graft.

A number of inquiries have also been launched into the previous government's deals. These have led to a reversal of the purchase of Finance Bank Zambia Limited by South Africa's First Rand and the sale of loss-making state telecoms operator Zamtel to Libya's Lap Green.

Rupiah Banda's presidential immunity was stripped in March and he is now facing two charges: one of corruption, alleging he was given vehicles by a Chinese company to reward a tender allocation, and another of abuse of office regarding an oil deal with Nigeria.

Key evidence in the latter trial has so far come from former MMD national secretary Richard Kachingwe, who was expelled from the party earlier this year after forming a breakaway faction to contest the leadership of Nevers Mumba.

According to Kachingwe, previously Zambia's envoy to Nigeria, Henry Banda received $550 000 from the oil deal facilitated by his father.

Rejected
It emerged this week that this trial has now been put on hold at the request of the high court. This is to allow a cross appeal from Rupiah Banda's legal team regarding the way his immunity was removed. They are challenging the refusal to accept a court order allowing him to represent himself and the number of votes that passed the motion.

Although there is a widely-held perception that corruption was endemic in Zambia under the MMD, the moves against the former president and his family have stirred mixed reactions.

Neo Simutanyi, the executive director of Zambia's Centre of Policy Dialogue, said he believed some of the legal claims lacked credibility, such as evidence in the form of a photocopy of a letter allegedly sent by Rupiah Banda to the then-president of Nigeria, the late Umaru Yar'Adua, which was rejected by the judge.

"Because the government has not done its homework and presented credible charges, evidence or witnesses … and there is a growing public perception that it is political victimisation. What you have is people who feel they were victimised by Rupiah Banda and the MMD and they are finding it annoying that, since leaving office, Rupiah has been gaining international recognition. They see him as a threat to PF rule in the future."

The PF government has hit back strongly at allegations that the prosecution of the former president is political. It has also taken exception to his hiring of high-profile international human rights lawyer Robert Amsterdam, whose other clients have included former Thai Prime Minister Thaksin Shinawatra.

Simutanyi said the PF was angered by a February news conference held in Johannesburg, where Amsterdam, along with several opposition party leaders, presented a report calling for Zambia to be suspended from the Commonwealth for its alleged rights abuses. He said he believed this was a key trigger to what was seen as a rushed application, submitted on the last day of that parliamentary session, to remove Rupiah Banda's presidential immunity.

Nearly a year after Nzimande announced that NSFAS beneficiaries would receive laptops as part of the interventions for Covid-19 at higher education institutions, the devices are yet to be delivered
Coronavirus

Although the new strain 501Y.V2 of the virus has spread 50% more rapidly, current evidence shows that it is not more severe than the one experienced in the first wave
Opinion

If herd immunity is reached and life returns to ‘normal’, people may switch spending to things they gave up and the desire to DIY may subside
Advertising