The preserve of those who know their zest from the rest 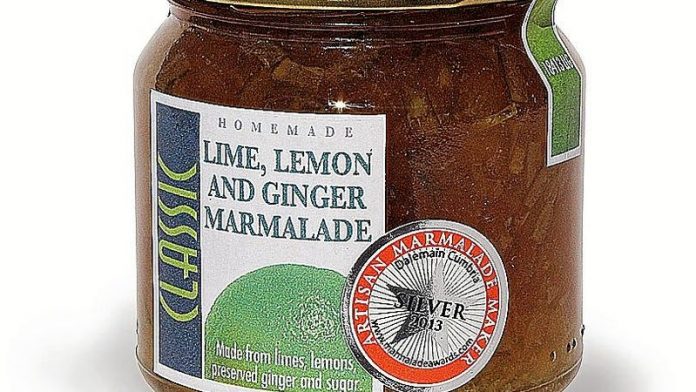 Like the countess, I am a marmalade snob and have always made my own, so it didn’t occur to me to try Clare Yeowell’s marmalades, which everyone in my book club has raved about for eight years.

When the club was abuzz this month about Yeowell’s win of silver at the world’s original marmalade awards in Cumbria, England, I decided it was time to bend my rules. I went to see her in action and to taste the winning marmalade in her Kalk Bay kitchen, where she makes hundreds of jars of her Classic Marmalades each month.

The product that won silver was Yeowell’s lime, lemon and ginger marmalade — in the artisanal commercial category. The judging was done blind, rather like tastings for wine awards. “Citrus nose with lemon background noise. Good marriage of flavours — citrus dominant with hint of ginger in background. Long finish,” was what the judges, including Tim French (head of buying at London department store Fortnum and Mason), had to say.

I tried the winner first. It is delicious, gentle and fragrant. I also tried a new marmalade she is making for the Cape Town Good Food and Wine Show, which ends on May 26. Chocolate orange marmalade made with dark Lindt chocolate may not be for early breakfast, I decided, but it would be sublime with a mid-morning croissant and coffee.

Yeowell did not stop working while we talked; she was making her stock for the show. My grandmother taught me to make marmalade in small batches so that it reaches the setting point before it gets bitter. “It’s more laborious but the results are worth it,” she said. Yeowell does just that. She cuts no corners. “Artisanal means you chop by hand,” she told me. “Every orange, lemon or lime.”

She works fast, wielding her peeler and her knife like a cordon bleu chef. I looked with interest at her tools. She uses a digital sugar thermometer bought from Amazon. Her peeler is curved and strong with a wide, comfortable silicone handle: a Trudeau peeler bought at Pick n Pay.

Her chopping knife is formidable: a Wasabi, bought several years ago at the Good Food and Wine Show.

I watched her peel off thin layers of orange zest, pile them up and, keeping the point of the knife stationary, chop them faster than I could see. She discards the white pith but adds the juice to the zest. She pulls the remaining fruity pulp away from the pith and ties it and the pips in a net. This is boiled with the zest and then also discarded.

Yeowell had never heard of the world’s original marmalade awards until Ann Donald, owner of the Annex restaurant in Kalk Bay, gave her the entry form. The editor of a British woman’s magazine, who breakfasted at the Annex last year, so enjoyed their marmalade she sent Donald an entry form for the restaurant’s marmalade supplier, Classic Marmalades.

Where to get it
The Good Food and Wine Show at Cape Town’s International Conference Centre in the best of markets aisle, until May 26.

The Palms Market at 145 Sir Lowry Road, Woodstock, every Saturday from 9am to 2pm.

City Bowl Market at 14 Hope Street, Gardens, every Saturday from 9am to 2pm.

Long Beach Mall Market in Noordhoek, every second Friday (the next one takes place on May 31) from 9am to 4pm.