Rediscover the thrill of adventure 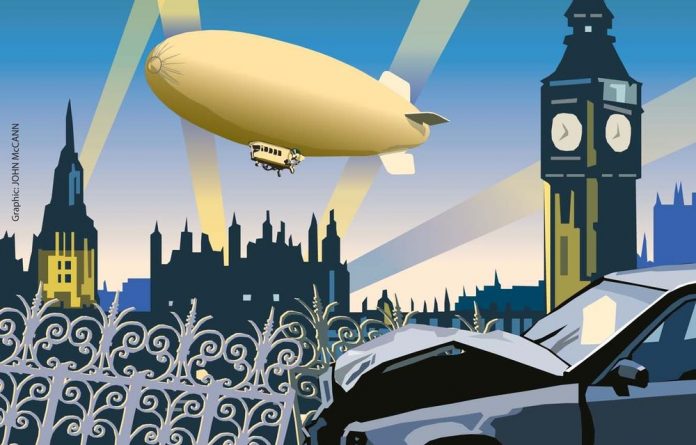 The most compelling fantasy lives not on another planet but just around the corner from where we are now: places, people and perspectives that are recognisable, but different enough to provoke the "What if?" question at the root of all speculative fiction.

That's especially true for the books young adults might read. What's depressing (and depressingly un-magical) about the current rash of mass-marketed urban teen-lit is its refusal to interrogate how things could be different.

Young female readers are expected to lust after vampires and werewolves just like the loutish boys they school with, in social settings that might have been scripted by Republican senators from Kansas. Their only goal (even if permitted a few adventures along the way) is marrying the louts and bearing their babies.

The trappings may be tweaked — wings, fangs and the like — but the social roles, like the fashions, are resolutely conventional: middle American shopping mall Goth.

Though not a deliberately young adult title, there's no reason why Jo Walton's Hugo, Nebula and British Fantasy Award-winning Among Others (just out in paperback) could not be enjoyed by anyone from about 15 up. Its teenage protagonist, Morwenna, speaks through her diary, and Walton captures perfectly the piquant mix of sharpness and naivety in a girl on the edge of adulthood.

Morwenna has found comfort in her fantasy books after a car accident that killed her twin sister and left her crippled. At her conservative boarding school she is perpetually "among others" — the odd one out: bookish, Welsh, unable to play games, short of funds. But the title has another resonance, for Morwenna was born into magic; her powers allow her to see the others — the fay — she lives among. Her mother is a murderous witch determined to glamour the world, and her sister's unquiet ghost still walks.

Among Others is many things at once: a richly metaphorical coming-of-age tale, a homage to the golden age (it's set in 1979) of science fiction and fantasy and a gentle ghost story.

Walton uncovers the magic of places, but also the terrifying and magnificent magic of relationships. Morwenna's aristocratic aunts weave nets of enchantment to keep her estranged father with them; her friends — real and fictional — provide the power for the tale's climactic final battle.

The book's fairies are odd old things, at once grotesque and gorgeous, glimpsed at the corner of the eye. Walton has said the book "mythologises part of my life" (she is Welsh-born, boarding-schooled, and needs a walking stick). But her writing is never simply memories with added fairies.

It explores the misty, unmapped lands between reality, psychology, symbolism and magic: fabulous terrain for readers of all ages.

British Science Fiction Award-winner Ian McDonald has written so many novels for adults (20 and counting) that bookshops have reflexively shelved Planesrunner with that cohort too. But Planesrunner is McDonald's first foray into explicitly young adult writing aimed, he says, at "all ages from about 12 up".

Geeky Everett Singh is the son of a kidnapped physicist who has cracked the code for travel between parallel universes.

Genre readers will recognise this as the start of the science fiction plot du jour: the trans­dimensional mystery, and they'll recognise the borrowings too: Time Bandits, Dr Who, Kurt Vonnegut — all sources the author cheerfully acknowledges, then twists a bit.

Using his father's map of the ­multiverse, Everett jumps to a parallel London where electricity arrived in the 18th century. There was no Steam Age; now, there is no liquid fuel and no space travel. Airships rule the skies, and it is the Airish —the engineering caste who runs them — who offer Everett aid on his quest. They are partly won over by his skill as a cook; like China Mieville's Railsea, this is also a riff on the cabin boy-stowaway adventure. But what really induces breathless wonder is Everett's alternate London: electro-punk rather than steam-punk (for obvious reasons); filled with ornate wrought ironwork; fizzing and sparking with power.

"Gone is the permanent internal combustion growl … the shriek of brakes and the gasp of air brakes. Here, things hummed and purred and rumbled on rubber-tyred wheels. The air smelled … a hellish, acrid, sulphurous tang. Coal smoke."

McDonald's multiverse is a big place — "the 10 known parallel universes of the Plenitude, and the un-mapped billions of worlds of the Panoply", he counts off, and his hopes for the series extend far beyond a neat trilogy.

But this is the writer who also created The Dervish House so, unlike the banalities of JK Rowling, the words and sentences fizz and spark too; this is gripping writing.

"We need to regain that sense of reading as an adventure rather than entertainment," McDonald argues, and Planesrunner offers that to readers of any age.

In his work, poet and artist Mxolisi Dolla Sapeta weaves a tight thread between his two practices and the Eastern Cape township of New Brighton
Read more
Friday

“The library was a refuge I could run to when violence ripped at the very fabric of our existence and threatened to extinguish life itself,” writes Dr Barbara Boswell.
Read more
Advertising