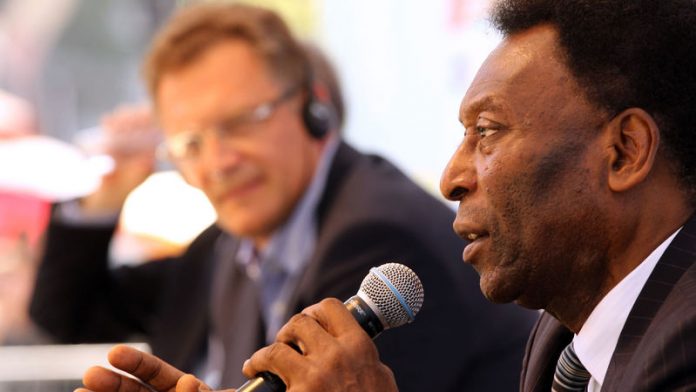 Brazil are on a hiding to nothing under 2002 World Cup-winning coach Luiz Felipe Scolari as they look to shrug off some recent poor showings which left them a modest 19th in the Fifa rankings.

And Pele says they currently are just not good enough, even with starlet Neymar on board.

"Today's squad does not have enough in its armoury to win the Confederations Cup but at the same time it is a chance for the coach and technical staff to stabilise the team so it prepares for the World Cup.

"There are some very strong teams here, such as the Europeans (world champions Spain and also Italy) who have a very high level," Pele told ESPN Brazil.

Pele said he saw a lack of creativity in midfield and something missing between midfield and attack even if their defence is better.

"As incredible as it may seem today our defence is very strong. Brazil have always been very good in attack.

"But today we are lacking in terms of the link between midfield and attack," said Pele.

But he added that he hoped Neymar's move to Barcelona would prove to help the star's development.

"The transfer will be very important for his development. He will learn much from this coming season in Europe. And it will also be a good thing for Brazil as he will draw on experience at a much higher and tougher level. This should pay off when he links up with the national side." – Sapa-AFP