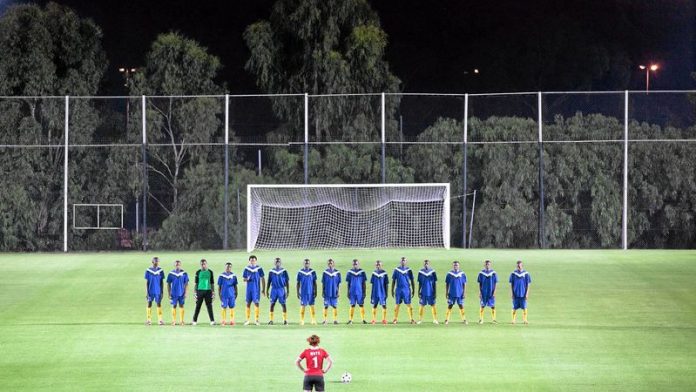 Her work appeals to a public made up of everyday people on the street and is without the pretentious nature that appeals to an elite arts community. Her audience is usually the pedestrian whose mundane daily routine is disrupted by her public performances.

She has an aversion for gallery and theatre spaces, which she believes can restrict the scope of performance. She prefers to perform site specific work in public places such as construction sites, sidewalks, parks and sport fields.

Typically, her characters have a low place in society. Whether she’s embodying a street cleaner, porter or car guard in the inner-city streets of Cape Town, a hobo sleeping in Johannesburg’s Joubert Park, a construction worker who helped to build a  Gautrain station or a sportswoman training to be a boxer in dingy Hillbrow, she’s making art more accessible to communities marginalised by the arts industry and society.

She has subverted the hierarchical order of art by placing the common man as subject, creator and spectator at the forefront of her work. It is fitting then that she was awarded the Standard Bank Young Artist for Performance Art title this year.

This award, and the genre’s assimilation into the National Arts Festival, has inflamed the debate about the validity of performance art as a credible genre, but Moys is not perturbed.

“I’m not interested in the debate around whether performance art should be considered as art or not; people must decide for themselves. I’m interested in art but also the honesty of my own work. I’m really just honest to my own practice,” she says.

Although this sounds like an insurmountable feat, Moys is confident of her capabilities.

“Yes, I was a little bit nervous at first but now I’m starting to have fun and I’m enjoying it. You have to get to a stage where you let go. I mean, you have to try your hardest and then give in. When you’re tense, you can’t perform well.”

She has been doing sport, mainly athletics and swimming, since she was six years old, so she is used to strenuous exercise, but there are still difficult moments. She lacks experience and skill in the sporting fields she has chosen.

“It’s very scary to enter into a world that these people are good at and to try and play at their level. Some of the instructors are very strict and I’ve received a few injuries.

“They all challenge me in some way. It had to be competitive. They take me out of my comfort zone,” says Moys.

The night before the interview she played an intense chess game for two hours and ran 10 laps around a soccer field. She will be dancing in high heels, which she is not accustomed to, and her thighs are hurting from karate — she will be engaging with eight black belts.

But, as Moys says, “if you have a strong mind, you can do anything with the body”.

Why would sports, veiled as performance art, be an integral component of the festival?

She emphasises the importance of community involvement.

“Some of these people have never participated at the festival,” Moys says, “but they have been living here for years. I went to a karate show and every type of person was there. Karate connects people across all boundaries and art is meant to do that. It’s making performance and the festival inclusive.”

Moys conflates the seemingly conflicting worlds of sport and performance art to construct new rules of interaction in a public space and to achieve mutual understanding. Beyond the fear of failure, there is a common purpose on the sports field that transcends all social boundaries, which is to win the game — and Moys is ready.