‘Enough is as good as a feast’ 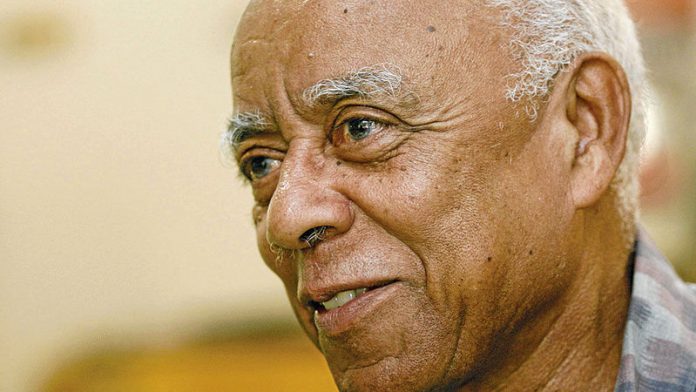 Neville Alexander's 50 years of engagement as a public and committed intellectual came under scrutiny at a conference hosted by the Nelson Mandela Metropolitan University from July 6 to 8.

Titled The Life and Times of Neville Alexander, the conference organised its first two days around a "student and youth apprenticeship", providing an opportunity for students from various universities and youth from social movements to discuss the important themes expressed through the life and work of Alexander.

The last two days were devoted to a number of keynote addresses and other perspectives focusing on "the national question", "education and liberation", "language, identity and culture", and — as the final theme — "ethics, morality and values in revolutionary practice" in post-apartheid South Africa.

Alexander's constant and creative search for practical and demonstrable alternatives in the present while striving for a humanistic and anti-capitalist future society featured prominently in most discussions. Several considered reflective ways of taking forward the breadth of Alexander's intellectual outputs and his revolutionary practice.

An important discussion about how Alexander conceptualised the idea of a nation referred especially to both his enduring debate with Nelson Mandela while incarcerated on Robben Island and his subsequent seminal text written in 1979, One Azania, One Nation, setting out his theorisation of the national question in South Africa.

He was motivated to write it, as he said, "by the desire to facilitate the unification of the national liberation movement by fomenting a discussion on the basis of national unity and the political-strategic implications of ideas about who constitutes the South African nation".

Analysis and critique
In effect his writings were a trenchant analysis and critique of the perspective adopted by the national liberation movement as a whole, in all its political and ideological diversity. Intrinsic to the discussion was also the question of "race" and other concepts such as "nationalism", "national group", "ethnic group", "class" and "colour-caste" as they related to both theories constitutive of the nation and their relevance in practice — the practices of the national liberation movement.

These were inevitably related to how the struggle against apartheid was conceptualised, giving rise to strong historical debates about how the relationships between "race" and class as well as democracy and capitalism were understood.

Fundamental to Alexander's argument was the view that the construction of a truly democratic South Africa was inseparable from an examination of its political economy — that issues about the resolution of the "national question" were fundamentally about the nature of the post-apartheid state and its orientation to capitalism.

Alexander preferred to describe South Africa's social formation as racial capitalism. His approach to the national question was a refutation of the "bogus nationalisms" that intended to dilute the force of class struggle and to "illuminate the character of the real socioeconomic basis of inequality" and its ideological forms. For him the nation "consists of all the people who are prepared to throw off the yoke of capitalist exploitation and racist oppression. It involves a determined and uncompromising struggle against all attempts to divide the population on the basis of language, religion, tribe or caste."

A number of presentations focused on Alexander's work on language and its importance in shaping the nation — such as his insistence on the need to develop, validate and promote multilingualism as essential to the political, social, economic and cultural development of South Africa and the continent.

The language link
These presentations raised important questions about the relationship between language and culture, language and identity and other related questions and situated these in the context of the resistance to the manipulative language policies of the apartheid regime. They pointed to the thin line between the racist conceptions of language, culture and identity as instruments of the apartheid state and the ostensibly liberatory conceptions of nationalism.

These discussions also referred to the critical issue of language as a medium of instruction and the importance of mother tongue-based learning, especially in the formative schooling years as a bridge to language acquisition more generally and, in South Africa, the transition to English as such a medium of instruction. They pointed to the very important work already being done at a number of universities such as the University of Limpopo, where a dual-language degree (Sepedi and English) is already in place. The formation of reading clubs and other similar initiatives in many townships, and the need for interventions at the highest levels of policy-making and in public institutions to give effect to the ideas strongly championed by Alexander over many years also came into focus.

Alexander's approach and interest in education was not separate from a larger quest for a different society. He also had little interest in or time for ideas not connected to activity or organisation. Conference participants reflected on the bankruptcy of the present approaches to "the education crisis". In particular this discussion was hugely instructive about the limitations of the present debate in the country, based as it is largely on the attribution of blame to the key actors in education and the loss of a strategic vision.

The persistence of the blaming approach, it was argued, replaced the need for reflection on the real and underlying causes of failures. These are attributable to a number of historical, social, political and material causes, on the one hand, and on the other to the impact of these on teachers' consciousness, curriculum development, pedagogical practice (including the language of learning), perceptions about learners and the disengagement of communities — all of which were compounded by the failure of the intellectual imagination.

Sectarianism in the history of political organisations across the dividing lines of the national liberation movement was also discussed. This was raised to help to provide a platform for alternative approaches based on a radical reappraisal of the present. It was especially important for those who regarded themselves as pursuing a "radical" political agenda to examine the inherent and divisive weaknesses of sectarian politics in both the past and the present.

The idea of "dissent" as necessary to stimulating and supporting a diversity of radical political traditions was regarded as critical for the present and the future. The complex challenges of social change facing the nation were incapable of resolution outside the framing ideas of diverse ideas, and democratic practice was essential to it. Such practice, more-over, required a new moral narrative on which it could be based — one removed from the seductiveness of consumerism and avarice.

Alexander's favourite aphorism, "Enough is as good as a feast", was regarded as emblematic of this moral approach by contrast with the hollow moralism of those intent on maintaining an unequal status quo. Participants shared Alexander's optimism that, despite numerous examples of the "looting of the state", conditions could not be better to fashion a new country based on the values and vision that inspired us during the struggle against apartheid.

Enver Motala is a researcher at the Nelson Mandela Institute for Education and Rural Development at the University of Fort Hare and Salim Vally is director of the University of Johannesburg's Centre for Education Rights and Transformation. The Life and Times of Neville Alexander conference organising committee consisted of Motala, Vally, John Samuel, Crain Soudien and Allan Zinn, with support from Nelson Mandela Metropolitan University vice-chancellor Derrick Swartz