A woman of substance and beauty 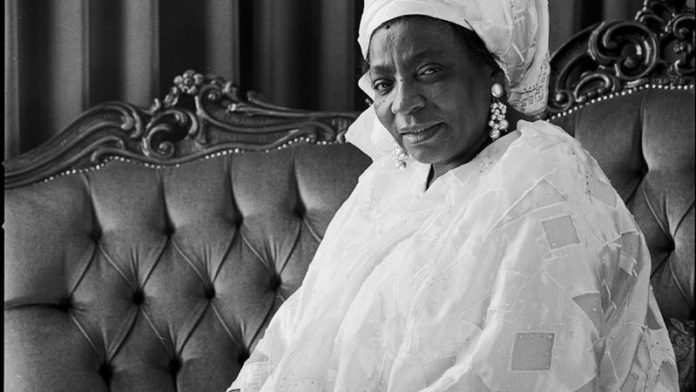 Struggle icon Adelaide Tambo is legendary for her political and social activism, but until now only those near and dear to her were aware of her fascination with finely crafted vases.

Her daughter, Tselane Tambo, is changing this by celebrating “Ma Tambo’s” appreciation of beautiful things with an exhibition of colourful ceramic vases and vessels crafted by local artists.

“For a long time I have been thinking about doing something to honour my mother,” says Tselane, an actress who turned 50 this year. “She was a natural philanthropist and whenever she saw need she would address it.”

All the surfaces in the Tambo households, when they lived in exile overseas from 1960 and when they returned to South Africa in the early 1990s, were covered in vases of all shapes, sizes and designs, Tselane says.

“Most people have shelves crammed with books and other treasures. My mother displayed her beloved vases. She was very creative and loved beautiful things,” she says.

Appropriately, the vase is a universal symbol for the “great mother” and the life source, Tselane says. Its spiritual significance in diverse religions relates to acceptance, fertility and the heart.

Like Adelaide Tambo, who worked as a nurse most of her life and always embraced those in need, the vase is a symbol of nurturing and serves a womb-like function, she says.

It features in Hindu religious rituals, in Celtic, Sumero-Semitic and Buddhist traditions, and the alchemical vase is a place where miracles occur.

The Adelaide Tambo Collection, designed by up to 30 artists, will go on exhibition in October.

Funds raised through the sale of pieces will go to charities supported by Adelaide Tambo before she died at her home in Johannesburg on January 31 2007.

One of the best known figures in South Africa’s liberation struggle, she started working for the ANC when she was a 15-year-old learner at Orlando High School.

She joined the ANC youth league at the age of 18, soon becoming chair of her local branch and helped to start up others, including one at Pretoria general hospital where she was a student nurse.

She joined 20 000 other women in the famous protest march against the apartheid pass laws to the Union Buildings in Pretoria on August 9 1956. In December that year she married Oliver Tambo, president of the ANC until his death from a stroke in 1993.

After the family returned from exile, Adelaide Tambo served as a member of Parliament from 1994 to 1999 and adopted various charitable causes on the East Rand, where Oliver grew up, and in Soweto.

Tselane’s aim is to re-kindle the Christmas parties her mother used to hold for thousands of elderly people at a community centre near Wattville and Daveyton in Ekurhuleni.

The Adelaide Tambo schools for physically challenged children in Soweto are also in desperate need of funds for new equipment, she says.

In 1997, in recognition of her work for disadvantaged communities and for the Anglican church, Adelaide Tambo was awarded the Order of Simon of Cyrene, the highest accolade given to laypeople for distinguished service.

“It’s important not to let her legacy simply fade away,” says Tselane.

Tselane says she aims to exhibit between 20 and 30 decorative masterpieces at the launch, which will be held at The Birchwood Hotel & OR Tambo Conference, near the OR Tambo International Airport. If the event is a success, she plans to turn it into an annual celebration of her mother’s formidable legacy.