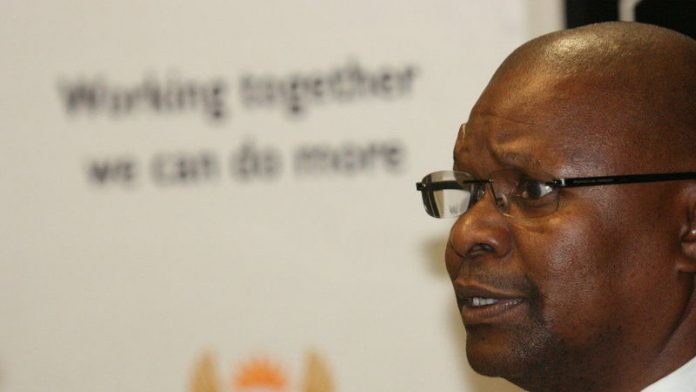 As Zimbabwe gets ready to go to the polls next week, memories are surfacing about the violent election in 2008, which saw a crackdown on human rights activists, Movement for Democratic Change (MDC) supporters and journalists. Obed Bapela, the head of the ANC’s subcommittee on international relations, sheds some light on the matter.

Are you expecting a recurrence of violence against and intimidation of opponents by President Robert Mugabe and Zanu-PF?
We do not expect the scale of violence that characterised the 2008 Zimbabwe elections. The recent referendum on the Constitution could be used as a yardstick measurement. Though there was low turnout, the referendum was free of incidents. Even the period of campaigning leading to the forthcoming  elections has not seen a similar crackdown as witnessed during the 2008 elections.

Therefore the ANC doesn’t see any recurrence of violence and intimidation next week as Zimbabweans go to the polls to vote for their choice of candidates or parties.

The Southern African Development Community (SADC) and other pro-democracy formations have raised concerns that the elections should have been delayed by at least a week for logistical reasons. What is your comment on this?
The ANC also is of a similar view that the elections should have been delayed, not just by a week, but by at least three weeks to a month to allow for all logistics to be [sorted out].

Even SADC had raised the matter, hence the decision to ask the Zimbabwe government to approach the courts to change the date to a later period. As you know, the courts pronounced differently and the election date of July 31 stands.

We are indeed worried that not all logistics will be in place, as was witnessed during the early polls when the police, army and other civil servants could not vote because election material had not arrived in some polling stations, which frustrated the situation and cast doubts over the credibility of the elections.

We want to see credible, free and fair elections in all SADC countries, so the issue of logistics is crucial and this should not become an obstacle for citizens who want to express their will in any elections.

President Robert Mugabe has verbally abused Lindiwe Zulu, a member of President Jacob Zuma’s facilitation team and his advisor on international relations matters.  Do you think this imbroglio has further damaged relations between Pretoria and Harare?
The unfortunate statements expressed by President Robert Mugabe on Lindiwe Zulu are regrettable. However, the expressed words have not damaged any relations between Harare and Pretoria, as we have government relations and institutions supporting these relations that are far above the individuals.

There will always be situations where tensions will develop, particularly if you are a mediator on behalf of the region of SADC, but we have time-tested institutions that can resolve such tensions.

Mugabe called Zulu, a senior leader of the ANC, a street woman and an idiot in public. Why has the ANC not come out in her defence?
The secretary general of the ANC spoke on the matter, so the ANC was not quiet. The expression by President Mugabe calling Lindiwe by names is regrettable and the ANC will wait for the right platform to raise the matter in our good and functioning party relations once an opportunity presents itself.

Zulu has raised concerns that there were many difficulties ahead of the July 31 elections in Zimbabwe, following problems with early voting.

Do you agree with her on this position? What is the official position of Zuma, his government and the ANC on the elections?
The ANC is in agreement with concerns raised not only by Lindiwe, on the state of readiness and logistics matters experienced during the early polls. The concerns were also raised by SADC Troika leaders at their meeting over the weekend attended by presidents Jacob Zuma, Jakaya Kikwete of Tanzania and Armando Guebuza of Mozambique.

The ANC is calling on the government and the people of Zimbabwe to do everything to ensure the elections are free, fair and credible.

The concerns remain about the logistics and readiness, and we hope the government of Zimbabwe and the Zimbabwe Electoral Commission are attending to the matters to give us credible elections and ensure logistics are not an issue of dispute.

Some in the ANC have alleged that Zanu-PF was secretly aiding former ANC Youth League leader Julius Malema in his various attempts to undermine Zuma’s presidency, and in his campaign for nationalisation of the mines and the takeover of white-owned land in South Africa. Has the ANC raised the matter with Zanu-PF or Mugabe himself?
The issues of alleged funding of Julius Malema were officially raised by the ANC in our bilateral meetings with Zanu-PF, and were also raised in March during the meeting of Southern African former liberation movements. It was resolved and it is no longer an issue.

Zuma, as SADC’s facilitator, has in the past few months insisted on the implementation of political reforms before the elections, with the adoption of a new Constitution being a benchmark.

Are you satisfied that this has been achieved?
Zimbabwe has done tremendously  well with the implementation of political reform, signed by all parties in the Global Political Agreement (GPA), which has witnessed the referendum on the new Constitution.

Transitions are difficult processes and, as the ANC, we are quite satisfied with the progress made. We will continue to support Zimbabwe as a member of SADC, and as a neighbour to South Africa, in its efforts towards conclusive reform and full implementation of the GPA.

Zuma has been accused by some in Zanu-PF of supporting the reformation of the party’s oldest rival, the Zimbabwe African People’s Union (Zapu), under the leadership of Dumiso Dabengwa. The party was a close ally of the ANC during the liberation struggle years.  What is your relationship with Zapu?

The allegations that Zuma supports Zapu are not true. To confirm, they were also raised in our bilateral meetings and in the meeting of the former liberation movements by Zanu-PF, and the matters were clarified and all parties accepted the outcome. The matter is no longer an issue.

The ANC meets with all parties in Zimbabwe including the MDC, Zapu and nongovernmental organisations, but it is in the context of sharing perspectives as part of the realisation of the GPA. And indeed we also meet with individual members of Zapu who where with us in the trenches during liberation struggles in our countries, as friends and comrades. But there are no formal relations between the ANC and Zapu, as the only formal relationship is with Zanu-PF. Therefore the response to the question is that relations exist and are formalised with Zanu-PF.

Which party does the ANC ­support between Zanu-PF and the MDC in this election? The people of Zimbabwe will be voting to express their will and choice.

The ANC will support any party that wins, but, as you know, our ­historical relations are with Zanu-PF.

Linda Twala — the father of the nation of Alex

No resolution on Mahumapelo’s future as Ramaphosa urges calm