Athletics in SA: Girls must be brought up to speed 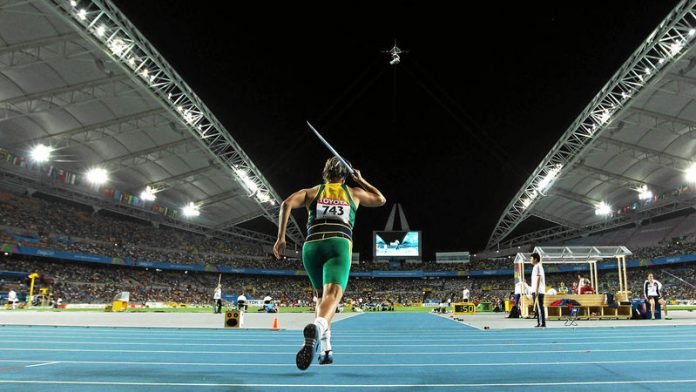 The 14th edition of the International Association of Athletics Federations (IAAF) World Championships kicks off in Moscow a day after Women's Day. But only five women form part of the 27-member South African track and field team competing at the event, which runs from August 10 to 18.

With Olympic silver medallist Caster Semenya missing the event qualifying standard by 0.36 seconds, all eyes will be on javelin thrower Sunette Viljoen, who won a bronze medal at the previous world championships in Korea and finished fourth at the Olympics last year.

Viljoen is joined by Lynique Prinsloo (long jump), Justine Palframan (200m) – who is on her first outing on the international senior scene – Annari Ebersohn (400m hurdles) and Tanith Maxwell (marathon).

It was a similar scenario at the Olympics last year with Semenya, Viljoen, Maxwell, Irvette van Blerk and René Kalmer representing South Africa in track and field.

Glaringly obvious in the international arena is the absence of black female track and field athletes from South Africa.

"I think there isn't enough development targeting them," says Lungile Bikwani, who in the past coached Lebogang Phalula, the first black woman to win the national 800m title, and her identical twin, Lebo.  "There are so many young black women who are talented but we are losing them through the cracks – they go on to 18 and 19 and disappear. We don't know why we're losing them – maybe it's a lack of support from parents, from the federations, from the coaches. But there is a problem. We do have the talent in our country, it's just not nurtured properly or not focused enough."

Ross Tucker, a consultant scientist at the Sports Science Institute of South Africa, says that to understand the problem one needs to go back in time.

"You need to look for the answers not in 2013 but probably in 2005 to 2009. That's four to eight years ago, and that's when our current group of athletes would have been juniors, between the ages of 14 and 18, and heading towards the level of being world class.

"In other words, identifying your best athletes happens long before the rest of the world or country sees these best athletes."

South Africa lacks a "sound, sophisticated, functioning 'pathway' to move talented athletes from the age of 14 into adulthood while keeping them in our system. The result is that we lose talent," Tucker says.

Palframan's father, Steve, who coached her from the time she was 10 years old until she left KwaZulu-Natal to take up a scholarship at the University of Stellenbosch, agrees.

"The standard of women's athletics is generally not as high as men's – one of the reasons is the fallout rate," he says. "Kids compete as juniors at school and, when they go to university or elsewhere, the fallout rate in terms of the number of athletes who continue to compete is just tremendous – the talent pool just reduces in size. It's affecting men's athletics as well but on the women's scene it's worse."

He points out that part of the problem is that budding athletes lack the financial support to pursue higher aspirations seriously.

"Most of them would probably reach their peak at 23 … If you're going to stay in sport for that long, you need financial support. Once you finish university, you have to go out and earn a living, and I suspect that's a big factor.

"In Jamaica, you have strong clubs, which are supported by companies like shoe manufacturers who keep the athletes going. They look after their expenses like accommodation, etcetera, so that they are able to live and train."

Palframan adds that only athletes who have already proved themselves get on to the South African Sports Confederation and Olympic Committee's operation excellence programme, which provides various levels of support.

"How does one then bridge the gap between being a promising athlete and a top athlete? In order to get the support, you need to be world class, but how do you become world class if you don't have the support you need?"

"Like the Kenyans and Ethiopians, we need camps serving the universities and schools around them, so a learner can train before attending classes and afterwards come back and train."

Seme runs several camps in Pretoria but says that, for some of his budding female athletes, even accessing a pair of decent running shoes is a problem.

"I specialise in training middle- and long-distance runners.  Many of the girls who come train and compete in the same shoes, which they shouldn't be doing, but they don't have the funds to help them buy shoes, so they end up with injuries."

However, Tucker says, South Africa probably doesn't have significant talent in the sport in the first place, particularly among women.

"That is probably largely sociocultural – the school system is very weak athletically and so we don't get potential young, world-class athletes into the sport in the first place. So there is a problem with entry."

But perhaps the final word should belong to Elana Meyer, South Africa's first Olympic track and field medallist post-apartheid who is the co-founder of Endurocad, which focuses on preparing endurance athletes for the Olympics.

"We have the talent but lack the support and often the commitment from young girls to develop all the way to world-class athletes. We need to mentor young potential and give them insight into the opportunities through sport but simultaneously developthe individual athlete for a successful life after sport."