Smartwatches aren’t as dumb as they sound 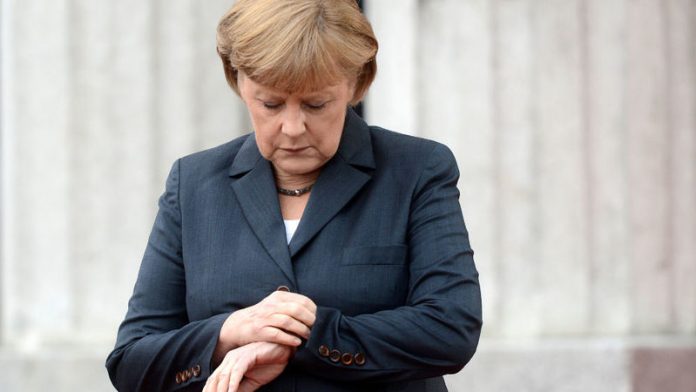 A slew of surveys have shown that many young people do not bother with wristwatches, using their cellphones to keep time instead. When Mintel, an industry analyst, surveyed Britons in 2010, it found 28% of 15 to 24-year-olds had no use for a wristwatch.

Another survey, by YouGov, found that almost 60% of 16 to 34-year-olds use a cellphone as their primary timepiece. But this conventional wisdom seems to be contradicted by the performance of the global timepiece industry. After a predictable dip during the recession, both revenues and profits are growing strongly. Analysts predict it will grow from $30-billion in sales in 2013 to around $46-billion by 2017.

Yet these aggregate figures conceal a fascinating trend: most of this growth is coming from luxury mechanical watches. Brands like Rolex, Omega and Breitling are flourishing. The average amount paid for these timepieces is now at $2 500 – a level last seen before the recession hit.

The fastest growing market for these pricey watches? China. This spending spree reflects the changing attitude to wristwatches. Many of the people buying them are affluent professionals in their mid to late thirties – many of whom abandoned the wristwatch decades ago.

In a digital world, these intricate mechanical devices have become interesting and cool again. They are now primarily status symbols, not timepieces. So where do smartwatches fit into this already competitive market? They lack the fashion appeal of luxury mechanical watches, and they will be far more expensive than cheap digital watches. Why would anyone bother?

That question has already been answered, conclusively, by the Pebble watch. This nifty little device has an e-paper screen (similar to Amazon's Kindle) that makes it readable in bright sunlight and also uses very little power. But what makes it special is that it interfaces with both iPhones and Android devices via Bluetooth.

Ever missed a vital SMS or meeting reminder because your phone was in your bag or pocket? With the Pebble those reminders appear right on your wrist, where they're much harder to miss. Why take your phone out of your pocket to see who's calling you? Just look down at your Pebble.

You can also track a run or bike ride (the Pebble has a built in accelerometer that acts as a pedometer) and control the music playing on your phone without taking it out of your pocket. It's also water resistant enough to withstand a swim or a shower.

The team behind Pebble raised their starting capital in an interesting way. They used Kickstarter, a crowd funding service that allows ordinary people to invest small amounts of money in worthy or interesting projects. The appeal of the Pebble was so strong that it raised over $10-million – 100 times its original target.

The development teams at Apple and Samsung have no doubt been watching Pebble's success with great interest. Given their enormous marketing and engineering clout, it's likely that they will succeed in taking smartwatch technology to the next level and push them into the mainstream.

One area in which Apple will have an advantage is voice recognition. A smart watch capable of relaying spoken commands to your phone would be incredibly useful. Apple's current voice recognition technology, Siri, is not good enough to make it a default choice.

But an iWatch might be just the occasion to raise Siri's game. Smartwatches, if they do succeed, will add a whole new dimension to the already booming mobile computing market. We think of smart phones as omnipresent in our lives, but they spend large stretches of time in pockets and bags.

A smartwatch will be the first truly wearable computer that most people encounter. When you wear something on your body it becomes part of your life in a way that a phone – however smart – simply cannot be. Smartwatches will be able to track your pulse and warn you when you're stressed, to wake you up in the morning by vibrating on your wrist, to tell you how many calories you've burnt in a day and how many glasses of water you've drunk.

Except all of the functions described above are already available in the burgeoning market for wearable fitness devices. Brands like FitBit and Nike's FuelBand are already helping millions of people to track their daily physical activity and diet.

Google is currently exploring another avenue for wearable computing with its Glass device. In the same way that smartwatches resemble traditional wristwatches, Google Glass piggybacks on a tried and tested form factor: eyeglasses.

Why look down at a watch when you can simply look straight ahead at the tiny screen projected in front of you? And these devices are only the warning shots of a revolution that will transform computing. Wearability will be as important a trend as cellphones or personal computers. I predict that within 20 years the wearable computing market will be as big as the cellphone market is today.

But while our shirts may eventually have 4G connectivity and our shoes be GPS enabled, plenty of people will still have a soft spot for the good old mechanical wristwatch.