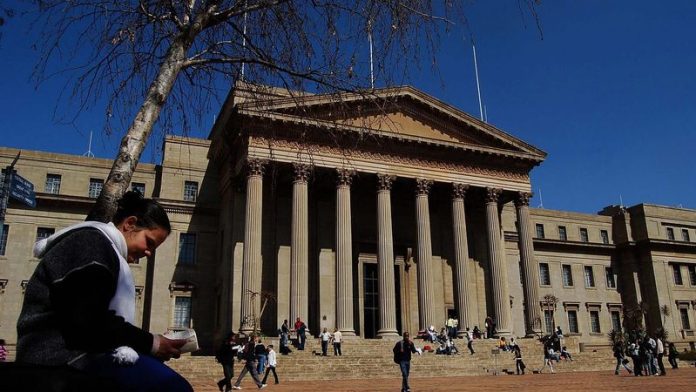 A new spin on the controversial struggle song, Dubul' ibhunu, this time calling for Jews to be shot instead of "boers", has been criticised from all corners.

Dubula e Juda, which means "shoot the Jew", was sung outside Wits University’s Great Hall last week by protesters from Boycott, Divestment and Sanctions against Israel (BDS) South Africa, an organisation that supports the Palestinian call for broad-based Israeli boycotts.

Those sympathetic to the cause of BDS South Africa and Palestine denounced the incident, saying it was a setback for the movement.

"A series of organisations that support the boycotts have made it clear they don't think it's a remotely acceptable slogan," said political analyst Professor Steven Friedman, who supports the concept of boycotts.

"It is very important that those of us who support the boycott make it clear it's about the denial of rights and the denial of self-expression and self-government for the Palestinian people. It's not targeted at a particular ethnic group."

BDS South Africa's campaign against Wits University for hosting an Israeli jazz quartet has been long-running, including allegations of racial profiling by Zionist organisations to control access to the Daniel Zamir Israeli Jazz Quartet concert.

Condemnation
The concert took place despite strong efforts by student groups and staff to lobby management to cancel it, the Mail & Guardian reported last week. Some postgraduate students and staff, both academic and administrative, wrote letters to the university's vice-chancellor Adam Habib on Wednesday, telling him of their condemnation "in the strongest possible terms of the racial/ethnic profiling" allegedly by the South African Jewish Board of Deputies (SAJBD) and the South African Zionist Federation.

But the silent protests outside the hall turned into a new take on the controversial "shoot the boer" struggle song, to take on Jews.

Respected health and education activists respectively, Nathan Geffen and Doron Isaacs, who have also been in support of Palestinian rights, came out strongly against the song.

"We are committed to the struggle for Palestinian freedom, equality and justice. It is an extremely difficult struggle waged against one of the most effective and dishonest propaganda campaigns in history," they said last week.

"Anti-Semitism, besides being personally insulting to us, scores an own-goal. It undermines the struggle for Palestinian freedom."

Friedman agreed. "It gives a publicity break to the other side," he told the M&G.

Indeed, "the other side" in the form of the strongly pro-Israel South African Board of Deputies were quick to condemn the statement in strong terms. "SAJBD national chairperson Mary Kluk believed that by allowing its members to make such hateful and dangerous statements and subsequently defending them for doing so, BDS SA had revealed its true colours," the organisation said on Monday.

'Real agenda'
Kluk said: "What this incident unmistakeably shows is that BDS SA's real agenda is not to stand up for the Palestinian cause but to incite hatred, and possibly even violence, against Jewish South Africans."

Friedman said people around the world support BDS South Africa based on its moral power and stance against human rights abuse in Palestine, but the organisation risked losing its moral power over the incident.

"If people start saying 'shoot the Jews', people will say I don’t want to support that, and inevitably the other side will make a meal of this."

Pro-Palestinian organisations like the Media Review Network (MRN) distinguished between Jews and Zionists.

"Our arguments are never against Jews," said MRN’s Firoz Osman, who recently co-authored a book Why Israel? The Anatomy of Zionist Apartheid – A South African Perspective. "Ronnie Kasrils gave a powerful keynote at the launch of Why Israel," said Osman.

"He is Jewish and anti-Zionist, and we’re very close to him. We are very clear at distinguishing between fighting against Israeli apartheid, not Jews or Judaism," he said.

However, Osman found it difficult to believe that BDS South Africa had made the statement.

'Blown out of proportion'
Muhammed Desai, co-ordinator of BDS SA, explained the use of the song to Wits Vuvuzela, saying: "Just like you would say 'kill the Boer' at a funeral during the eighties; it wasn’t about killing white people, it was used as a way of identifying with the apartheid regime."

He added: "The whole idea of anti-Semitism is blown out of proportion."

Geffen and Isaacs condemned the alleged racial profiling around the concert but said it did not justify anti-Semitism.

"We support BDS South Africa's right to protest but the behaviour of the protesters and Desai's subsequent comments simply cannot be justified. We call on BDS South Africa to issue an unequivocal apology and to commit to stamping this out."

BDS South Africa was due to release a press statement on the matter on Monday afternoon.

BDS South Africa heeded calls to apologise for the song and issued a statement on Monday distancing themselves from the song. "We unequivocally distance ourselves from the singing of this song and its sentiments. Also, to tarnish all Jews with the Zionist brush is racism regardless of who does it. Racism is racism and racism is abominable," said Professor Farid Esack, in a statement on behalf of BDS South Africa.

No mention was made of Desai's earlier statements made to Wits Vuvuzela newspaper.

Esack also bemoaned the advantage the incident had given the organisation's detractors. "It is unfortunate but not unexpected that supporters of Israel will focus on the singing of this song," he said.

"The purpose and context of the protest were and remain the larger struggle against Israeli apartheid, Israel's illegal occupation and its violation of Palestinian rights."