Taking a page from a book of art 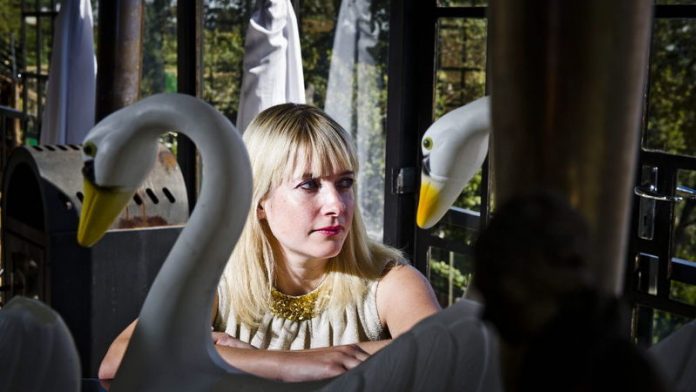 When the book was released earlier this year, it was "driven home by the most horrific news stories" about women such as Reeva Steenkamp, Anene Booysen and Noxolo Nogwaza.

Beukes was already a private donor/supporter of the Rape Crisis Cape Town Trust–which had been threatened with closure after encountering funding issues–and decided to use her book as a platform to raise money for the trust, and awareness of the broader issue of sexual violence.

To do this, she joined forces with curator Jacki Lang and literally tore hundreds of pages out of The Shining Girls and sent them to a selection of 50 South African artists, illustrators and designers, who would transform the pages into unique works of art. These works will be sold at a fixed price of R1000 each, and all proceeds will go to the trust.

"We told them they could do what they wanted," Beukes says, adding that she and Lang chose (or edited) specific pages from the book.

"The whole idea was to emphasise the ‘shining' part, not to illustrate violence."

Designer and illustrator Ello, of the Love and Hate studio in Cape Town, produced two works in ink for the show. Explaining her starkly beautiful graphics, she says: "I wanted to make a strong female character that represented the power and vulnerability of most women–the contrast of looking fearless and strong on the outside, then looking inside and possibly dealing with pain, past or present."

On one of her pages, Ello says, "you could still see [the words left behind] through the drawing. It started to tell a different story. It's mysterious, how it complimented the drawing and the theme. Like women, it comes out stronger on the other side."

The Shining Girls Charity Art Show opens at 5.30pm on September 6 at the Cape Town School of Photography, 4th floor, 62 Roeland Street, Cape Town. It will run from 9am to 5pm daily until September 13. Artworks may only be purchased on or after the opening night. Lauren Beukes has asked that buyers limit their number of individual purchases and refrain from flipping (or reselling) works by prominent artists–or, at least, donate a portion of any profits to Rape Crisis if they do