Syria agrees to hand over control of chemical weapons 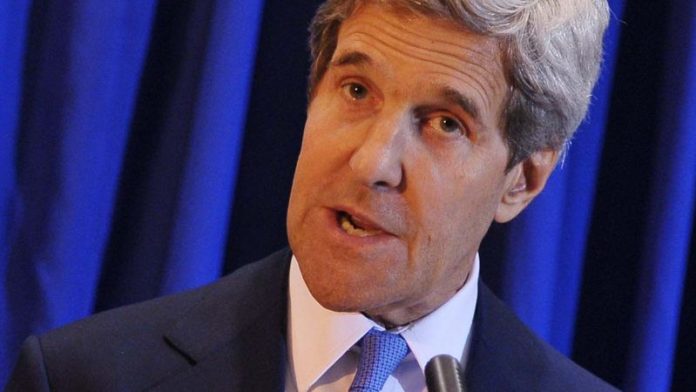 Syria will give control of its chemical weapons to international bodies, Interfax news agency quoted Syria's foreign minister as saying on Tuesday.

"We held a very fruitful round of talks with Foreign Minister Sergei Lavrov yesterday, and he proposed an initiative relating to chemical weapons. And in the evening we agreed to the Russian initiative," Interfax quoted the minister, Walid al-Moualem, as telling the speaker of Russia's lower house parliament house in Moscow.

Hours earlier, US Secretary of State John Kerry said Syria's President Bashar al-Assad could avoid a US military strike by surrendering all his chemical weapons within a week but added that Assad "isn't about to do it and it can't be done".

Britain's David Cameron said that the onus is on Russia and Syria to show that the chemical weapons handover proposal is genuine, said the prime minister's spokesperson.

"As long as it is a proposal that helps ameliorate the current tense situation in Syria, is beneficial to maintaining peace and stability in Syria and the region, and is beneficial to a political resolution, the international community ought to give it positive consideration," Hong said.

Hong added that a Syrian opposition delegation from the Syrian National Dialogue Forum was visiting China from Tuesday at the invitation of an academic group and would meet Chinese officials for a "deep exchange of views".

'Deep concern'
​A senior Syrian diplomat on Tuesday voiced his nation's "deep concern" to the UN nuclear chief about the possible risks involved if a research reactor near Damascus were hit during any military strikes against his government.

Ambassador Bassam al-Sabbagh's comments came a day after Russia and the United States clashed over whether the UN nuclear agency should analyse the possible impact if the site near the Syrian capital were struck during US-led strikes.

Russia said last week any military action against Syria's government could have catastrophic effects if the reactor that contains radioactive uranium was hit "by design or by chance".

Moscow called on the International Atomic Energy Agency (IAEA) to urgently assess the issue with the US preparing for possible punitive strikes in Syria over an alleged poison gas attack in its civil war.

But the US ambassador to the IAEA, Joseph Macmanus, told an IAEA board meeting on Monday that such "comprehensive risk analyses of hypothetical scenarios are beyond the IAEA's statutory authority". – Reuters