Courage beats back the confusion 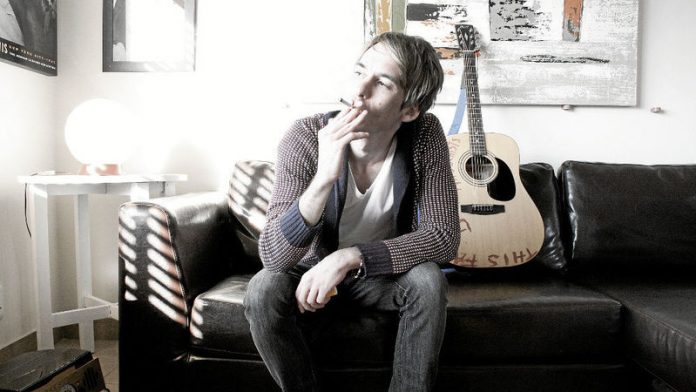 I WISH I WERE WHO I WAS WHEN I WISHED I WAS WHO I AM
by Ampersand
That has probably more to do with the tepid tastes of Johannesburg's gig-going public than his music. In fact, I have seen Cohen storm out of Wolves, the hipsters' coffee shop, in the middle of a gig, because everyone was talking loudly as he poured his heart out on stage.

But for the music fan who is prepared to invest a little time in an artist, Ampersand is the kind who delivers rich rewards. Take his new offering, for example.

It is titled I Wish I Were Who I Was When I Wished I Was Who I Am and the EP is sonically rich and musically challenging. And buried beneath its epic guitar drones and cathartic screams are beautifully written pop songs.

Opening with a cacophony of guitar, First Fifteen is sure to chase away the faint of heart in one fell swoop. But that's a pity because, somewhere in the Velvet Underground-like drone and deliberately out of tune Stone Rosesesque vocals, there is a wonderful little song that bears some similarity to the sound of Animal Collective in their more dissonant phase.

The similarities to Animal Collective continue with Now Here, Nowhere, or perhaps it could be that Ampersand has developed a similar affection for the Beach Boys's harmonies, as this song is glorious in its lo-fi pop swirl.

Now Here, Nowhere first surfaced through the music video that was made for it as part of the 48 Music Video Challenge.

Ultimately, the video, which features Ampersand and former Us Kids Know drummer, Chad Liam Polley, playing the song in an industrial office space, won the South African leg of the competition.

Sounding like a long-lost demo not rediscovered on the Beatles's Anthology series, Safe Hands is a great little pop song–that is until the 01:30 minute mark. From here on, the vocals are looped and distorted as an electronic beat works its way in. The song explodes into a noisy, thrashing experience, reminiscent of reverbed guitar rotorwash employed by Kevin Shields or the Jesus & Mary Chain.

If Ampersand hasn't grabbed your attention by now, go out and buy the new albums by the Muffinz or Toya de Lazy.

If you want to get your hands on this EP head on over to Ampersand's bandcamp page and download it. You can name your own price: ampersandroid.bandcamp.com Watch: mg.co.za/2009Ampersand

BRAVE CONFUSION by Nakhane Touré (Just Music)
By far the most impressive South African album this year, Nakhane Touré's debut offering is a true delight. From the opening track, Christopher, which manages to marry influences from both Prince and Busi Mhlongo in a six-minute-plus strut, Touré makes sure no one is in doubt that we are dealing with a serious talent.

With a voice that is comparable to Thom Yorke, Jeff Buckley and Morrissey, and a vision that is epic in scope (think Kate Bush, David Bowie and Marvin Gaye), it's no wonder that his songs have been storming up the radio charts.

It's hard to pick highlights from an album this good but the gospel-swag of Jonathan sees Touré delivering a mesmerising performance and the ghostly blues of The Hours will creep into your soul, before it explodes into a scorching comet of noir-rock.

This is essential listening.

SNARL by Givan Lotz (Test Record)
Many musicians have claimed that song is "channelled" through them as though composition is a religious experience.

Well, I'm not sure whether this is the experience Johannesburg musician Givan Lotz has when writing songs but it sure does sound like it. It is the impression I got when listening to Unless, one of a four-disc set titled Snarl, which was recently released on his own label.

Four discs? you may ask. Lotz had been demoing and writing new material since he finished recording his last EP, Easy Now, in 2008.

Easy Now was eventually released in 2010 on Jaunted Haunts Press.
However, by the end of 2011, Lotz found himself with 100 recorded demos and so decided to go into THE studio and start recording the new material properly. The result was four discs of material or 35 tracks.

Unless is an album that features compositions Lotz wrote on organ and, if you take the time to let it lead you astray, you will discover a beautiful world that is dripping in melancholy.

Lotz is currently in negotiations with local and international labels about releasing parts of his four-disc album. For the past two months he has also been loading up a track every two days on to his Soundcloud page.

If you want to buy digital versions of the individual albums from Snarl, titled Unless, Only, Such and Snores, you can buy them on Givan's band-camp page givanlotz.bandcamp.com and hear him at soundcloud.com/givan

ONE LIFE IN THE SUN by Marcus Wyatt (Language 12)
There is a composition on the new Marcus Wyatt album titled Into Dust / The Race for Timbuktu, which swirls around with a feeling as if the instruments are at war with each other.

Percussion, saxophone and trumpet collide until about the four-minute mark, when the composition takes on a more regular rhythm. Then it drifts back into its dirge mentality, like a lament for the historical city that was at the forefront of civil war in Mali last year.

When this human catastrophe was playing out in West Africa, South African trumpet extraordinaire Marcus Wyatt found himself in Basel, Switzerland, on a residency.

The result is his magnificent fifth album, One Life in the Sun, recorded at the Bird's Eye Jazz Club.

The album features Domenic Landolf on tenor sax and bass clarinet, Baenz Oester on upright bass and Dominic Igli on drums, all of whom have played with South Africa jazz musicians before.

The album also pays tribute to many other South African artists such as violinist Annake Tassou, pianist Moses Molelekwa and bassist Johnny Dyani.

Wyatt told the music writer Evan Milton recently that he deliberately left out the piano.

His second album, 'You Will Not Die', like his first, is a clear declaration of where the artist currently is
Read more
Advertising