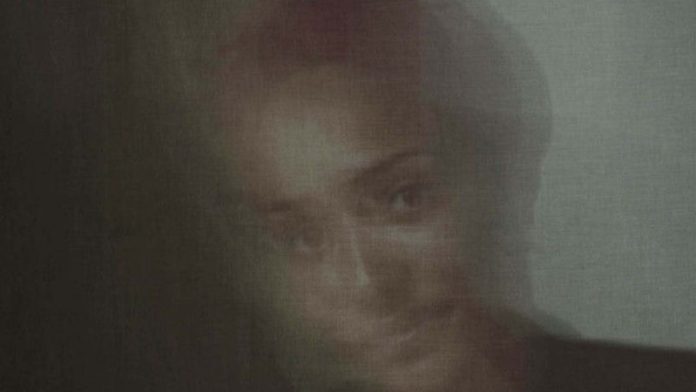 It helps one to navigate the wild, helping to pick out the real from the inauthentic.

But they are also iniquitous and easy, obscuring as much as they reveal. The omissions are sometimes revealing; they also show, as Marx wrote, that the "ideas of the ruling class are in every epoch the ruling ideas".

Granta magazine's Best of Young British Novelists 4, released in mid–April, may have been available for some time to Kindle users and such, but it arrived in hard copy on shelves in South Africa months later.

It was the people of the Granta collective who first shone the light on unheralded young writers such as Salman Rushdie, Julian Barnes, Martin Amis and Kazuo Ishiguro in 1983.

In 1993, the Granta prophecy of the canon we would be reading now included Ben Okri (who had already won the Booker Prize by then), Allan Hollinghurst (he would win the Booker Prize in 1994) and Jeanette Winterson.

You might say there is something easy and convenient about subsequent predictions that came after the original Granta list of 1983. There is something disturbingly mindless and mainstream about including, as in the case of Okri, a novelist who had already won the biggest literary prize there is in the English language.

The 2003 list includes Rachel Seiffert but not the science fiction–fantasy writer China Miéville (is it because the judges are mostly establishment literary fiction types?).

The editor, John Freeman, bemoaned the fact that he couldn't include Rana Dasgupta, Miéville, Mohsin Hamid (now famous for the Mira Nair– directed movie The Reluctant Fundamentalist, based on his novel) because these writers were born on the wrong side of 1973.

The 2013 roll of honour has eight men and 12 women, the first time that the scales are in favour of women.

There are three women writers with an African background: Taiye Selasi, born of Nigerian and Ghanaian parents; Helen Oyeyemi, born of Nigerian parents; and Nadifa Mohamed, born in Somalia but who has lived in Britain since the age of five. The list also includes Xiaolu Guo, a writer who can write in English and Chinese. The catalogue also includes four Jewish writers, a Bangladeshi and a Pakistani.

The people responsible for this constellation are John Freeman, who has just left Granta; the magazine's publisher Sigrid Rausing; Ellah Allfrey, its former deputy editor; Gaby Wood, the Telegraph's literary editor; Alison Louise "AL" Kennedy, twice selected as a Granta best young British novelist; writer Romesh Gunesekera; and Stuart Kelly, literary critic for the Scotsman–a nerd's nerd, a man who "seems to have read every book that was ever published, as well some that weren't".

What were they looking for?

Gunesekera wanted them to look for "engagement with language" and "a feeling for the form". Allfrey was looking for "control and energy" and Kelly wanted the list to include writers who were working to "expand what is possible for the novel to do".

Vipers, the first story featured, is by Kamila Shamsie, a tight yet elongated tale about Pakistan soldiers fighting for Britain in some war in Europe. Never far away from the hospital beds tended by female British nurses is the sexual menace that the darker men supposedly unleash on the purity of white womanhood.

Ned Beauman's Glow is a story about two gay small–town drug dealers and an American expatriate set on the border between Myanmar and Thailand.

Many of the stories contain references (or anti–references) to migration, the 21st century's most defining trait.

The most poignant story of some of these exoduses is Anwar Gets Everything, a sad chronicle by Tahmina Anam set in Dubai. But this is not the Dubai of shopping malls or skyscrapers; it is the Dubai that is arid and parched, where the migrant labourer–as opposed to the well–heeled expatriate–sleeps in shifts and is paid next to nothing by pious sheikhs building modern–day towers of Babel.

This tragedy is followed by a marvellously hilarious story, Soon and In Our Days, by Naomi Alderman that feeds off the biblical myth of the prophet Elijah and his chariot of fire (and you thought the first man to get to the moon did so in the 1960s? Elijah was the original astronaut).

Elijah decides, in his fiery space ship of a chariot, to visit the Rosenbaums in Finchley Lane in Hendon, London.

Mrs Rosenbaum complains to her husband: "It's your fault. You and your learning and constant praying. That's what caused this."

Veterans of the Granta's lists

If you accept the yarn's preposterous premise, you will find yourself laughing out loud as you read it.

Europa, by David Szalay, and Filsan, by Mohamed, feature women in institutions menaced by men. The former is pimped by her lover and the latter is in an army.

Selasi's story, Driver, is told by a chauffeur. It begins: "My employer is a generous man. He buys many gifts, for many women, none of whom is Madam. I judge not, lest I be judged. This is between him and his God. My God would smite him right there in the garden. Madam would weep for her flowers."

Selasi's story is accomplished and assured, with dreamy vistas that are always expanding.

Even though Adam Thirlwell is only 35, he is already a veteran of the Granta lists. Included in 2003 when he was just 25, the daring novelist has published two novels Politics and The Escape and a novella, Kapow!

Slow Motion is the story of a man who wakes up in a motel next to a woman who may be dead. Readers are entertained by the narrator's monologue as he attempts to come to terms with the situation.

Freeman describes novelist Steven Hall (The Raw Shark Texts) as "probably the most fantastical narrative architect on the list". Granta's editor could also have said Hall has the densest and most luminous brain as well, something he puts to use in his visually illuminated story The End of Endings.

I can't not mention the poet Adam Foulds, whose sentences are stretched out and yet balanced by an inner logic in A World Intact; or the sylphlike demeanour exhibited in Benjamin Markovits's college reminiscences You Don't Have to Live like This; or the delicate tale by Sunjeev Sahota about Indian migrants in Britain, Arrivals; or Ross Raisin's Submersion, a tale about people who are washed away by a flood.

Granta's Best of Young British Novelists 4 should be in the library of everyone who cares about contemporary fiction.

That's not just because some of the writing is compelling; one also wants to see whether the young writers shine beyond Granta's pages.

If they don't, we can then dismiss Granta's list not just as iniquitous but as misleading, too.

Zadie Smith, Phuzekhemisi and ‘Dear White People’ — on our Lists this week

Swing Time, Simon Stålenhag and Scandal are on our Lists this week