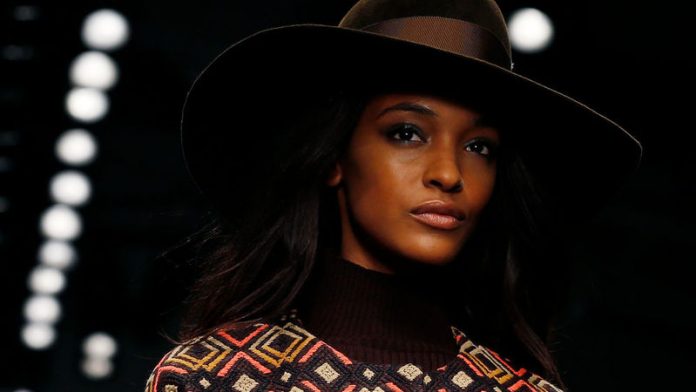 The catwalk model told the Guardian she wants to speak up about the lack of diversity in casting: "People think that all models get treated the same, but there is still a lot of bull-s*** that happens".

Speaking in an exclusive interview in the Fashion, a new biannual fashion magazine from the Guardian and Observer, Dunn says: "The people who control the industry … say if you have a black face on a magazine cover it won't sell, but there's no real evidence for that. It's lazy."

Dunn is one of the most sought-after models of the moment.

In the last fortnight, she has appeared on the catwalk for some of the most prestigious designer names, including Alexander Wang and Diane Von Furstenberg at New York fashion week, and Burberry and Topshop in London.

But in July, she shook up the industry with a tweet revealing that she had multiple experiences of being cancelled for catwalk shows for being "coloured".

"I want to talk about what goes on. A lot of people are scared to speak up. People think it's all glamorous and good and that all models get treated the same, but there is still a lot of BS that happens," Dunn has told the Fashion.

Thirteen out of 92 shows at the most recent New York fashion week featured no black models at all.

Angered by statistics that showed diversity in fashion to be sliding back rather than improving, activist and ex-model Bethann Hardison recently launched a campaign aimed at exposing those designers who exclusively cast white models.

Racism
In an open letter sent to the governing bodies of international fashion earlier this month, Hardison noted: "Eyes are on an industry that season after season watches design houses consistently use one or no models of colour. No matter the intention, the result is racism."

The British Fashion Council responded by saying that although it cannot control model casting, it "strongly assert[s] that all participating designers should recognise that London is one of the most multi-cultural cities in the world and should consider reflecting this demographic at their shows and presentations."

However Didier Grumbach, president of the French equivalent of the BFC, described the criticism as "unreasonable".

Naomi Campbell is backing the campaign for diversity, as is the black singer and model VV Brown, who wrote in the Guardian this week that "the next time I sit at a fashion show, I hope to see a true representation of race and culture, beyond tokenism. I want my children to receive messages that tell them they are beautiful."

Dunn is hopeful that social media will amplify the voices of black models and serve as a catalyst for progress.

"With social media everything has changed," she says, noting that some fashion houses now take into account the number of Twitter followers a model has when deciding which model will best bring attention to their catwalk or advertising campaign.

"It's great, especially for models who want to be listened to," she says in the interview. – guardian.co.uk © Guardian News and Media 2013