Tumi cranks up the volume 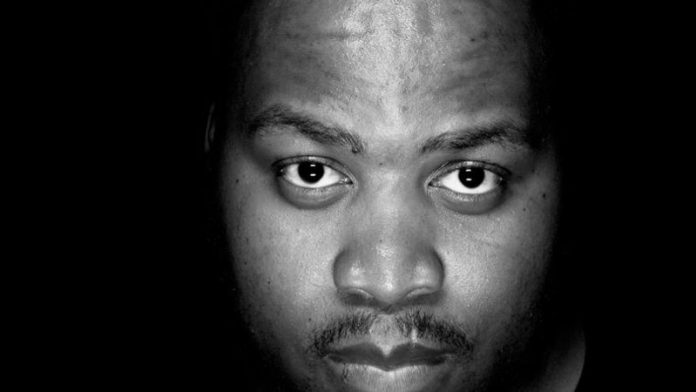 Tumi and the Volume were known for flying beneath the commercial radar for pretty much their entire decade-plus existence, despite a last-ditch signing to Sony Music in their final year of existence as a collective. The band made a career out of being the South African music industry's favourite perpetual outsiders.

Spending more than half of any given year overseas, they racked up a considerable number of flyer miles, performing extensively in Belgium, Norway and Canada while promoting their first two albums, the era-defining Live at the Bassline and its critically acclaimed eponymous follow-up, Tumi and the Volume and then Pick a Dream, their last studio outing together.

Then on the last day of 2012, lead poet and MC Tumi Molekane delivered the news in a tweet that he and drummer Paulo Chibanga, guitarist Tiago Correia-Paulo and bass player Dave Bergman had officially parted ways. It felt abrupt to the band's faithful fans but for Molekane it was a long time coming.

"It was like one of those relationships you just watch fizzle," he said. "You stop working at it, you suddenly don't have energy for it. We all felt these things at different times but [at the time of the announcement] it was most of us at the same time."

Social media is a preferred outlet for Molekane who, unlike the rest of his band, came of age as a solo recording artist at a time when the benefits of Twitter as an immediate platform for dialogue (and ultimately self-promotion), particularly for South African entertainers, were really starting to reveal themselves.

In a clear demonstration of his dexterity at capturing the zeitgeist, Molekane used the occasion of his 32nd birthday to take to his Tumblr to release Happy Birthday, hot on the heels of United States rapper Big Sean's Control.

The latter song found itself at the centre of popular cultural debate thanks to a verse by Kendrick Lamar – the US rapper du jour – calling out a laundry list of American hip-hop artists. The issue was that whoever was not name-checked by Big Sean lacked relevance.

For an international African artist such as Molekane there were more pertinent things to address.

The lyrics for Happy Birthday rang: "In a country where the women get it ugly from their children, men and husbands/ I am critically fussy 'bout the lyrics I am busting/ Everybody getting touchy/ But it's Kendrick we're discussing."

Says Molekane: "I was reflecting on my place in today's musical landscape, on misogyny, on Rick Ross calling Africa a country [who tweeted as much in June on a visit to the continent] is more important than Kendrick calling out J Cole."

Landing in Kenya last month, the Tanzanian-born artist somewhat overestimated his renown. He had been to Kenya once before to perform at Blankets and Wine, the leading monthly live music event in East Africa, but it wasn't enough.

"It took me three days to realise I still had to convince people," he says. "I think I was too used to spaces where people already know my body of work."

He ended up in Nairobi, this time as a participant in Coke Studio, a television series with a successful track record in Pakistan, India and the Middle East, which will broadcast in Nigeria, Uganda, Ghana and Kenya.

Its premise is to put African musicians – ranging from older luminaries such as Salif Keita and younger- generation frontrunners such as Afro-house DJ and producer Boddhi Satva – in the same collaborative space. Molekane (paired up with Kenyan pop-electro group Just a Band and Nigerian alternative soul singer Bez) and HHP were the only South African musicians to be signed up for the inaugural season.

Kenya – with its broad music palate – is likely the most suitable launching pad for such an exercise. "South Africa is a bigger industry and the niche lanes are wider here," Molekane says. "In Kenya they are way more exposed to, or more influenced by, the West African stuff. We are still yet to be completely convinced is the feeling I get."

Such nuances provide the material for a documentary Molekane has been making for a year and a half with director Vincent Moloi, framing the contexts of his experiences as he journeys throughout Africa.

"It's a way of telling more about the countries in Africa in a really cool way. So, for instance, there's me going ‘I want to do a song with [Nigerian singer/songwriter] Nneka, she's cool' but behind all that we also explore what's really going on in the Niger Delta and who is Wole Soyinka."

Molekane co-opts additional visual creative star power in the form of award-winning Kenyan filmmaker Wanuri Kahiu. Kahiu directs the video for Hello Kitty Bobtail, a song that speaks about Africans buying into Western ideals and culture, and is the lead single for Molekane's forthcoming album, audaciously titled ROBTHECHURCH. The balance between spiritual and secular is never far away from Molekane's musings, and informs the album's content and title.

"I think we are in a time when being progressive has meant to abandon religious notions and ideas," he says. "When I go to rural areas I find people are more religious and in the big cities churches have become museums, as if to suggest the progressive world is robbing the church. There are obvious examples of religion's failure to move with the times but I love the idea that through religion you can find strength, ignorance, inspiration and murderous villainy."

Molekane's new material receives its first international live exposure at the headline show he is playing at the City of Stars Festival in Malawi's capital city this weekend. The 10-year-strong festival formerly took place on the picturesque shores of Lake Malawi but is now city-based for a wider reach, and showcases a mix of local and international artists.

Molekane's previous albums, Music from My Good Eye and Whole Worlds, were recorded with his subconscious tethered to Tumi and the Volume. And though they were solo projects, there seemed to be an unspoken obligation on his part not to stray too far off the track he had beaten in unison with the Volume.

With former bandmates now immersed in their new ambitions, (Chibango now runs his own festival in Mozambique and Tiago is dabbling in filmmaking and producing records for other people), Molekane has no one but himself to answer to, and it suits him fine.

"I have always been proud of what we did and the places we have gone as a band but I needed to evolve into the guy who is less apologetic. Now I can be a bit more daring, a bit more self-absorbed, and I like that."

The Lake of Stars Project celebrates its 10-year anniversary with a brand new city-based festival and arts conference in Lilongwe, Malawi from September 27 to 28