Kenya authorities under pressure after reports of Westgate warning 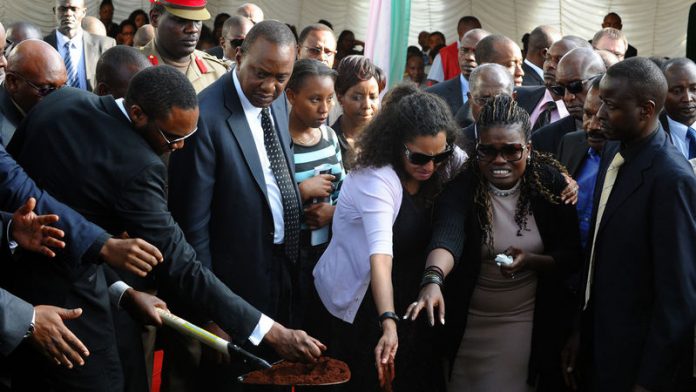 Pressure mounted on the Kenyan authorities a week after the Nairobi mall carnage, amid accusations on Saturday that top brass failed to heed security warnings and questions over the fate of the missing.

President Uhuru Kenyatta has vowed not to bow to the al-Shabab group that claimed the Westgate mall bloodbath and threatened more attacks if Kenya failed to pull its troops out of Somalia.

But his administration faced tough questions after the leaking of an intelligence report dated September 13 which warned of an elevated risk and some top officials said was treated too casually.

Senior security officials told AFP on condition of anonymity that an intelligence report warning of an attack had been sent to the treasury, interior, foreign affairs and defence ministers, as well as the army chief.

"Briefs were made to them of increasing threat of terrorism and of plans to launch simultaneous attacks in Nairobi and Mombasa around September 13 and 20, 2013," according to the report, quoted in the Nation newspaper.

The report also said Israel, which has close security ties with Kenya, had warned of plans to attack Israeli property in September, a month which included several Jewish holidays.

The Westgate mall, popular with expatriates and wealthy Kenyans, is part owned by Israelis and had long been considered a prime potential target.

Security apparatus
​The head of the NIS intelligence agency that produced the report and other top brass are to be grilled by lawmakers on Monday.

One top security official speaking to AFP on condition of anonymity for fear of losing his job, said Kenya's security apparatus had been casual in its response to the flow of intelligence warnings.

"There is no way one can say there was no intelligence on this attack because those reports started trickling in from late last year. And they were specific with targets including Westgate," he said.

"Whenever these reports come, they are shared all across the government with relevant authorities at high levels but they still take them casually."

The media has been awash with reports of the possible involvement in the brazen September 21 commando operation of Samantha Lewthwaite, a white British woman with ties to jihadist groups.

Diplomatic sources however have said there is no evidence linking the "White Widow" to the attack on the Westgate mall.

Interpol issued an international arrest notice at Kenya's request for the 29-year-old over a 2011 plot.

Analysts say instead that the scarce information available points to a key role played by militants based in Kenya, which has a large ethnic Somali community.

The official mourning period ended on Friday but burials were still being held Saturday for some of the victims of attack, which killed a popular radio host, relatives of the president and several foreigners, including a prominent Ghanaian poet.

Dozens still missing
Some Kenyans were unable to even mourn, with still 61 people still reported missing by the Kenyan Red Cross.

Security officials and rescuers are adamant that the part of the mall still standing has been thoroughly searched but one section of the complex collapsed during the siege after a huge fire erupted.

Kenya's interior minister has insisted that only an "insignificant" number of bodies could remain to be discovered, creating some confusion among the public.

"When we went in the first few hours of that fateful Saturday, up in the car park … we found survivors but we also found lots of dead bodies," Red Cross chief Abbas Gullet said.

"So common sense will tell you respond to the survivors, get them out to safety, treat them, let them go to hospital you can get the bodies later.

"And that's what happened. So now we have bodies there," he said.

With around a third of the building collapsed and with the risk of booby traps amongst the wreckage, the work of international forensic and security experts will take days to complete.

Several members of the Kenyan forces involved in battle inside the mall said that the fire broke out on Monday after Kenyans fired at least two bazooka anti-tank rockets at the gunmen, who were holed up in the strong room of a supermarket.

"In the end we had to use full force, we had to finish with these guys," said one member of the elite force. – AFP

Five years after Westgate, Al-Shabab is weakened but not yet defeated

Al-Shabab locks Kenya into an endless circle of death