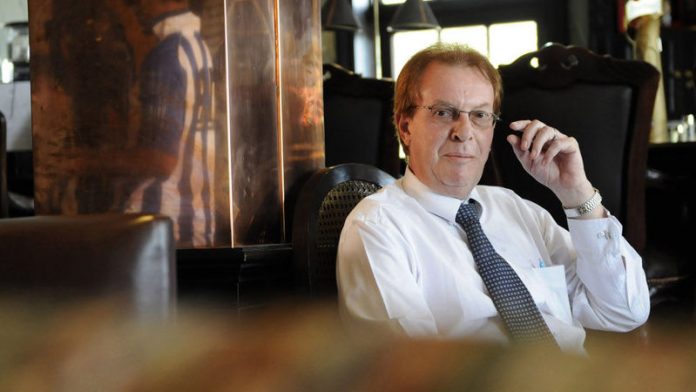 The Judicial Service Commission (JSC) will convene in Cape Town on October 7 for its biannual sitting to interview prospective judges, and there are 12 women on the candidate short list of 22 for the 10 vacant positions.

Gender and racial transformation imperatives have dogged the commission at recent sittings.

Concerns have increasingly been raised about the judiciary not meeting its constitutional obligation to reflect broadly the demographics in South Africa.

More than half of the country’s population is female, but according to Tabeth Masengu, a researcher at the Democratic Governance and Rights Unit at the University of Cape Town, only 30% of the bench is female – up from 22% in 2009.

The unit held a two-day judicial appointments conference last weekend with stakeholders from all sectors of the legal fraternity, including judges, academics, representatives from the department of justice and lawyers, interrogating the criteria and processes that lead to the appointment of judges.

What emerged from a frank and open discussion, based on the Chatham House Rule that participants’ statements be unattributed, was that the essential functioning of the JSC is of concern to the legal fraternity &ndash; especially when it comes to the body’s interpretation of, and attempts at, transformation.

It was also suggested that there was a need to "recast" the image of judges in closer keeping with the progressive values of the Constitution.

The criteria the commission uses when interviewing candidates and deliberating on their suitability was considered to be too "broad" by many participants, and one suggested that there was a need for the commission to "develop" these further.

The commission has previously stated that it is guided by sections 174(1) and (2) of the Constitution that judges be "fit and proper", and that the judiciary should "reflect broadly the racial and gender composition of South Africa".

Deliberations are further based on "supplementary criteria" published in 2010 that include integrity, competence (technical and the "capacity to give expression to the values of the Constitution"), experience, potential and symbolism ("what message is given to the community at large by a particular appointment").

A participant raised the concern that the criteria used was too "broad and open-ended" and required further development. A point was also raised that commissioners were sometimes "sidetracked" from the criteria when questioning candidates, veering occasionally into lines of questioning and comments that were "inconsistent with the Constitution".

There was also a feeling that the commission was "uneven, inconsistent and unequal in its treatment of candidates" during interviews, a classic example being the interviews of high court judges Nigel Willis and Clive Plaskett for a position on the Supreme Court of Appeal during its sitting earlier this year.

In terms of Sections 174(1) and (2) of the Constitution, there is nothing to differentiate the two "pale males", but whereas Plaskett was grilled for close to three hours on transformation and a Supreme Court of Appeal judgment that went against the commission, Willis was asked not a single question about transformation. Willis, who is considered conservative on socioeconomic rights issues, was given a "breezy" interview, according to one participant, and he was later appointed.

Another participant felt that there was a lack of transparency and accountability in the short-listing process before judicial candidates were appointed because there was no clarity on who sits on the commission’s sifting committee and what criteria are used.

The view that the commission is constitutionally obliged to be a "deliberative" body was also advanced and concerns were raised about the rigour and nature of these deliberations because the JSC has in the past sometimes been accused of being too hasty before deciding on which candidate to recommend to the president.

One participant was of the opinion that commissioners should undergo training on lines of questioning, suggesting that a human resources manager may be needed for the JSC. The participant added that "questions must be carefully tested for relevance and the JSC chairperson had an important role to ensure that questions were relevant and candidates were protected" from unfair questions.

Another participant spoke of hearing first-hand accounts of candidates experiencing "anti-Semitism" and "insulting and dismissive interviews" at the hands of commissioners.

A common question at commission interviews – especially from ANC members on the panel – has been around candidate’s views on the separation of powers. A participant noted that these questions "should be done within the context that the Constitution mandates judicial review".

Recalling Plaskett’s interview, at which a commissioner noted that the Eastern Cape High Court judge had made several rulings against the government and then asked him to cite instances when he had found for the government, the participant said "the implication is that you somehow have to show equivalence – finding for and against government".

The question of whether the commissioners, drawn from the advocates and attorneys profession, a legal academic, sitting judges and politicians, "looked after their particular constituency" or "do they apply their individual mind to who the best candidate is" was also raised.

As the JSC limbers up for its next round of interviews of judicial candidates there is an increasing sense that it, as well as the interviewees, will be scrutinised.

Contenders for the vacancies