The lure of past riches 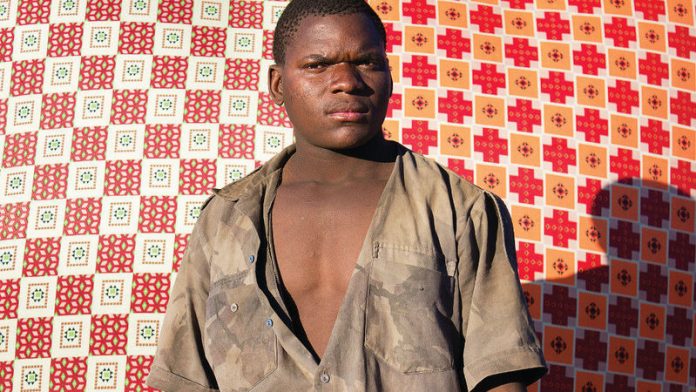 Since August 16 2012, the day Lonmin mineworkers were slain by the police, taking and publishing a photograph of a miner has become a profoundly political act. Even, or especially, if it is a photograph of an informal miner – which is to say an "illegal" fortune hunter who operates below the radar.

In this unregulated world, miners with sinewy arms and sculpted torsos are looking out for gold-bearing ore with one eye, while the other, like a chameleon's, is watching out for the cops.

Perhaps more than any other metropolis, Johannesburg's origins are in the deep bowels of the Earth. The proof and manifestation of this are the mounds and flat mountains of mining waste dotted around the city. As Achille Mbembe and Sarah Nuttall argue in The Elusive Metropolis, a study of the city that the couple coedited in 2008, "it is at these deeper levels and in the way the world below interacted with the surface that the origins of the city as a metropolis are to be located".

This is, in some ways, the subject of Jerry Obakeng Gaegane's photographic series titled Marang a Letsatsi (Rays of Sunshine). Gaegane is the recipient of the 2012-2013 Edward Ruiz mentorship award. The show, ironically, is sponsored by mining conglomerate AngloGold Ashanti. Gaegane originally planned on doing two series of work looking at both the formal and informal sectors but, "due to the strikes last year, I couldn't do it". He then decided to focus on informal miners operating in Gauteng – Booysens in the south of the city and Roodepoort in the west – because he had access to them.

Landscapes and figures of miners

The title of his work references how the rising of the sun breaks the monotony of the night and the attendant nightly toil. In a press statement, Gaegane says: "Underground informal miners leave home at about 4pm to mine overnight. Each morning they return at dawn. They say that to see the light of day is very important for them as it gives them the spirit of life, to live for another day and to be able to see the sun."

His work doesn't just focus on portraits of the miners busy at work, the scarred and upturned landscapes lit by harsh light or the assorted objects one finds strewn around a mining site. He also trains his lens on the intimate spaces in which the miners spend their free time. It's not just men; the show includes photographs of women, who are crucial to the sifting process. When miners come up with bags of Earth, it's the women who help them to isolate the gold-bearing ore from the general debris.

The result is a varied body of photographs of people, objects and landscapes. The photographer's work is strongest when he is working with a broad canvas and open, always expanding vistas – in other words, landscapes – or the figures of miners that disrupt or reorder the monotony of these landscapes.

Take, for instance, his photograph of a tawny valley that provides a startling contrast with the fluffy cumulus clouds above it. Or the one of two miners standing with arms akimbo, and the tools of their trade strewn around them. Behind them is the selfsame gold-coloured, sculpted landscape, small mounds of soil and water so discoloured it might as well contain every impurity on Earth.

When the 31-year-old photographer, based in Soweto, went into the project he wanted to show the hours – more like days – the workers put in before the mounds of earth they harvest yield a few grams of the fabled metal. (A gram of gold sells for about R400). Using his camera, he freezes the stages of the mining process.

Anyone who has witnessed the gold-panning process – and I have – will tell you of the elaborate, labour-intensive nature of the trade. He also wanted to show – I am not sure it worked – the various nationalities – South Africans, Zimbab-weans and Basotho – scavenging for gold in these abandoned shafts and opencast mines dotted around Johannesburg.

Gaegane and Goldblatt focus on the aftermath of mining

Although mining isn't as important to the economy as it was 100 years ago, it continues to play an important role in how Johannesburg views itself as the place of opportunity. Gold is both exemplar and symbol of this opportunity. Even long after most of the lustrous metal is gone, its allure hasn't dimmed. So young men still make the trek to Gauteng's abandoned mines, as their fathers, grandfathers and great-grandfathers did over the past century, to the fabled metropolis.

And, similarly, over the decades, photographers have been drawn to mining and Johannesburg. Chief among them is David Goldblatt,whose acclaimed 1973 work, On the Mines, established the protocols and template for photography and mining in South Africa.

More recently, photographer Jason Larkin's work, After the Mines, photographed an essay about the aftermath of the mining, which is to say the dumps, both human and physical; and Ilan Godfrey (the winner of the Ernest Cole Photographic Award for 2013), who mentored Gaegane on his project, has also done Legacy of the Mine, a photographic examination of the landscapes and people that mines leave in their wake.

It is interesting that Gaegane continues to scour the very same landscapes that his mentor did. But instead of focusing on the aftermath, Gaegane's work is situated in the temporal moment of the aftermath. Let me explain: the seams and shafts that these latter-day treasure hunters work are the same ones the "founders" of the city worked.

Gaegane's exhibition forces us to consider and rethink the city and its origins and the young men and women who descend from all over Southern Africa on the city for its gold – or what's left of it.

Marang e Letsatsi is at the Photo Market Workshop, 2 President Street, Newtown, Johannesburg until November 20. Jerry Obakeng Gaegane will do a walkabout on October 26 from 10.30am