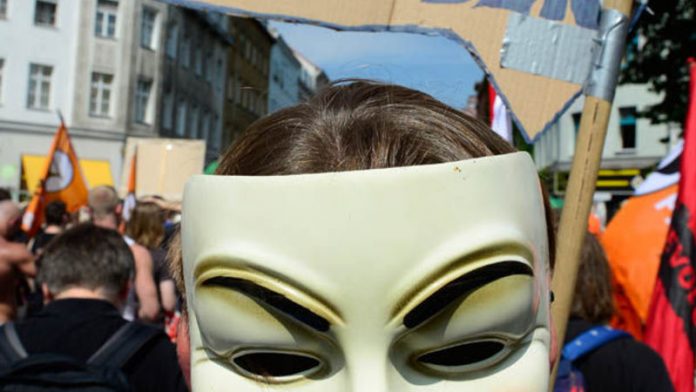 French outrage at the scale of National Security Agency (NSA) espionage is the latest in a series of aftershocks around the world triggered by Edward Snowden’s revelations about United States and British intelligence that have shaken relations with their allies and partners.

Much of the backlash has been rhetorical, often from countries with well-developed electronic intelligence capabilities of their own, without immediate concrete consequences for political and economic ties.

But there are prominent exceptions to the general rule, and in many ways the knock-on effects for trade and investment relationships, in Europe and beyond, are only now beginning to make themselves felt.

Long-stalled European privacy legislation has been dusted off in the wake of revelations by Snowden – a former NSA contractor now living under temporary asylum in Russia – about the bulk collection of the private phone and internet communications of European consumers, and the targeting of European Union missions in New York and Washington for surveillance.

Brazil has meanwhile made itself a rallying point for global opposition to the long reach of US electronic espionage after it emerged that the NSA had bugged President Dilma Rousseff and her aides, and targeted the state-run oil company, Petrobras.

Rousseff put off a trip to Washington due to have taken place this week and delivered a stinging denunciation of US surveillance from the podium of the UN general assembly in New York last month.

Although the economic and security fallout from the Snowden spy scandal has yet to crystallise fully, there is no doubt that the US and Britain’s soft power, their ability to build alliances on the claim of moral leadership, for example, has suffered a tangible blow.

Europe
The initial European reaction to the exposure of the US Prism and the British Tempora programmes was muted. With Prism, the NSA had a window on the everyday internet communications of millions of users of the world’s biggest email and social media service providers.

The Tempora programme, meanwhile, allowed Britain’s Government Communications Headquarters to tap directly into the backbone of the global internet infrastructure, the Transatlantic fibreoptic cables, scooping up phone and internet data from much of the world, including millions of Europeans.

Leaders such as Francois Hollande and Angela Merkel voiced displeasure and unease, but let the matter drop. The German interior minister, Hans-Peter Friedrich, said he accepted US assurances that the spy programmes would not affect ordinary citizens.

In the European Parliament, however, the revelations lit a slow-burning fire. After two years on the shelf, new regulations on European data protection standards have been revived that could impose multibillion-dollar fines on US internet providers if they transfer European data abroad in contravention to European law, which is far stronger on privacy than its US counterpart.

It seems likely the new legislation will further entangle the already complicated negotiations over a new Transatlantic Trade and Investment Partnership under way between the US and Europe. Both sides had been counting on it for an economic boost.

Turkey
Ankara reacted furiously to the emergence of documents that the UK had spied on its finance minister and up to 15 others in the Turkish delegation visiting Britain for G20 meetings in 2009, calling the economic espionage operation against a Nato ally “scandalous”.

The UK ambassador was summoned and reprimanded, but there has been little sign of fallout since, in part because both countries have more immediate shared concerns over the fate of Syria.

However, the fact that the government communications headquarters set up internet cafés at the London summit to spy on foreign diplomats has done nothing to enhance its reputation as a reliable host.

Russia
The news that Britain had eavesdropped on then-president Dmitry Medvedev at the 2009 G20 summit has done limited long-term harm to the bilateral relationship.

UK-Russian ties were at such a low ebb already, as a consequence of previous spy rows and a deep rift over Syria, that the Medvedev tapping story caused no perceptible ripples.

Brazil
Brazil qualifies as the most persistently outraged victim of the Western electronic espionage laid bare in the Snowden files. Rousseff’s snub to Obama and her withering indictment of US surveillance at the UN General Assembly was not just a deep embarrassment for Washington but also a significant rift in relations between the biggest economies in the North and South American continents.

Rousseff appears determined that there should be real world consequences for the spy scandal.

She has called for the construction of a national internet infrastructure in Brazil that would not be so vulnerable to foreign tapping, raising the prospect of the fragmentation of the world wide web. She has also summoned a global meeting on internet governance, aimed at diminishing the US’s dominant position as the world’s internet hub.

Brazil’s leadership has brought others along in its wake.

India
India, which had been muted in its response, this week joined the challenge to US-based internet regulating agencies, such as the International Co-operation for Assigned Names and Numbers, which governs resources like domain names. – © Guardian News & Media 2013