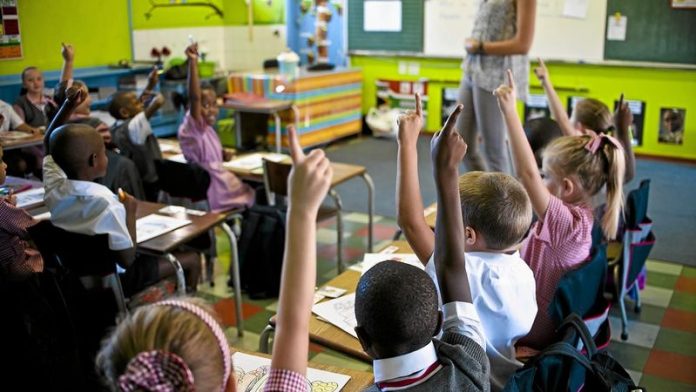 The South African Institute of Race Relations has called for a review of some of the country's laws to help South Africa grow and be more competitive.

One plan was to reform the education system and to privatise the sector.

"Government schools must be auctioned off to the private sector," chief executive John Kane-Berman told guests on Tuesday.

He was speaking in Johannesburg on what government should do to reverse the country's "failing fortunes".

He said the privatisation of health care and education would alleviate some of the backlogs government was facing.

The growing demand for both private schooling and places in suburban government schools highlighted that black parents knew the government was incapable of fixing township schools.

"The solution is privatisation and consumer choice. South Africa has between 4 000 and 5 000 private, or independent, schools. A growing number cater for the poor."

"School buildings could be used as security for loans to build classrooms, playing fields and hostels."

Kane-Berman explained that after the privatisation, each pupil would be given a voucher to buy education from whatever school the child and their parents chose.

"The voucher would be the same as current per capita state spending on schooling – about R10 000 per pupil per year. A growing number of private schools charge less than this. So do some government schools.

"Competition among schools for voucher-bearing pupil-customers would force up standards," he said.

The same principle was being used in parts of Africa, Chile and Colombia.

Health care
Kane-Berman said the state would pay for health care, but the private sector would take over the provision thereof. Failing public hospitals could be auctioned off to private hospital groups.

"Patients would be armed with vouchers enabling them to buy basic health services – such as screening and testing – from private providers. State-funded medical insurance would then pay for necessary hospitalisation or specialised treatment," he said.

Kane-Berman added that when education and health care had been privatised to the extent that they were running as efficiently as food production and distribution, the departments could be done away with.

"They wouldn't even be needed to distribute vouchers: parents could simply take their own and their children's IDs to the nearest 24-hour filling station, or other outlet, and get a smartcard supplied by the national treasury," he said.

Government also needed to privatise state-owned companies. Kane-Berman said governments had no business being in business as it was unfair competition – they could offload their losses on to the taxpayer, something businesses could not do.

"The Airports Company of South Africa should be broken up. If the Johannesburg, Cape Town, and Durban airports were sold to different companies, they could compete with one another for international airlines, lowering costs, reducing baggage theft, and bringing in more foreign tourists."

He also called on business to raise their voices and stop accepting poor policies. He said the current policies were threatening growth and only growth could unlock the productive potential of the millions of unemployed.