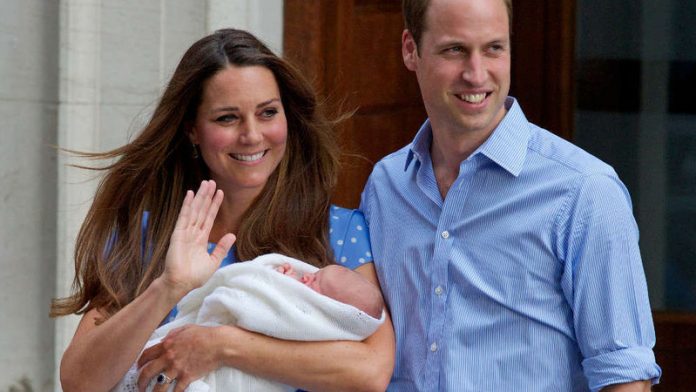 News media get a kick out of convincing people that life is pretty damn depressing, probably because it is. Horrible things happen all the time, all over the place. Humans are not pleasant. Happy news is almost rarer than a consistent performance from the Proteas.

But nice things do happen, sometimes. ? So here’s our stab at finding those rare stories that made us feel all fuzzy and warm.

1. The biggest, happiest and most important story of the entire year (for some, anyway) was the birth of the heir to the British throne. British subjects across the world – except the Scottish because they want to secede – now know who will ensure they feel special for the coming century. The news was quite exciting for journalists, who had spent weeks camping outside the Pretoria Hearth Clinic in the hope of being the first to report on Madiba’s death. They jumped on planes and swapped boerewors rolls for pies and camped outside the hospital where George was born. Now, the monarchy is quite old school, but that name will make it hard for His Majesty to get his groove on.

2. There are scant words in the English language to do justice to just how awesome Public Protector Thuli Madonsela is. She has owned her title this year, calling bullshit on everything the government does. This has probably made the person who recommended her for the job quite unpopular. But her crowning moment was an investigation into the R260-million homestead of President Jacob Zuma. The government did everything it could to crush her report, but couldn't stop the Mail & Guardian from publishing the findings of a draft. The next week was spent with very little sleep for Madonsela, as press conferences were held by government and the ANC, trying to spin the leak to make her look bad. But she had none of it, and even bantered with the newspaper’s reporter when he asked if she had leaked the report: "You know I didn’t."

3. When it comes to banter, nobody beats Loyiso Gola. His team at Late Nite News has few peers when it comes to ripping into public figures and politicians. Nobody is safe, and politicians are probably more worried about his ridicule than being on newspaper front pages these days. The work saw the show nominated for an Emmy in the comedy category. May South Africans long retain that ability to laugh in the face of everything around them.

4) Laughter was the one thing not heard at Bafana Bafana’s victory over the mighty Spanish football team. The world champions returned to Soccer City to reminisce over their lifting the 2010 World Cup trophy there, and probably thought they would tick off an easy victory against a team that can’t seem to qualify for anything. But Bafana came prepared. They tackled, they sprinted, they passed, and they scored a goal. The hunger was there. The last ten minutes of panic and chewed nails united a stadium, and reminded fans what the national football team can do if it plays properly.

5. Similar panic turned to rage as the Springboks had possible victory taken away from them poor refereeing. Coming off an unbeaten run, the team went to New Zealand with a good chance of beating the world’s best team in its backyard. Then the referee intervened. In the return fixture the team had to gamble to win big, and lost at home. But the good mood was returned by a victory over Wales, Scotland and France in their national stadiums. The Boks came and conquered. Now the only team left to beat in the world is New Zealand, a mighty story for next year.

6. Beating the odds was Gigi, a cross between a boerboel and a pit-bull terrier. A resident of Kimberly, she fell 160-metres into the city’s famous Big Hole. A crack team spent the day rescuing her, with the news making front pages around the country. People from all over the country, and eventually the world, waited to find if she would make it out alive. She did. And with her name trending on twitter came offers to adopt her from Canada to Australia, and a few closer to home. But it was the man who rescued her that took the dog home.

7. We can dream again, thanks to our return to the Moon. The Chinese have landed a rover on our closest celestial body that will trundle around for three months poking into the surface of our much less glamorous neighbour. Add that to the Google X prize which is seeing private companies competing to land on the moon, and plans to colonise Mars, space is cool again. Kids can look up and dream.

8. When it comes to looking into the heavens, a South African team revealed that dung beetles use the Milky Way to navigate. Their work won them the Ig Nobel prize (the science award for quirky research that gets ignored by the mainstream Nobels) this year. And it is a reminder that South Africa has some epic scientists doing work in the most random of fields. When the Square Kilometre Array – the world’s biggest science project – gets cracking there will be a heck of a lot more looking upwards.

9. The most feel-good moment of the year happened just after the booing of President Jacob Zuma at Madiba’s memorial at Soccer City. A crowd of early-leavers packed into the walkway going into the Reya Vaya bus station, but progress was sluggish. At first it seemed to be another depressing South African story – the busses were late or missing, and no information was communicated. But as the rain poured in they started to arrive. The whole crowd shuffled slowly forward, and broke into song. The whole crowd. The magic that is South Africa broke through all the politics and depression of Madiba’s death. Ubuntu came to the fore.

A family finds home on the road