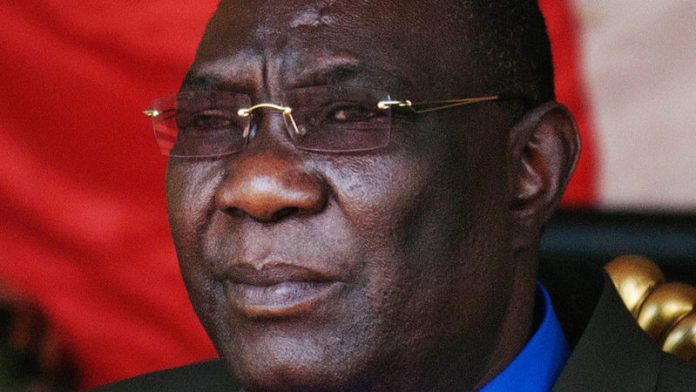 Michel Djotodia, who resigned as president after letting the Central African Republic (CAR) slide into chaos and bloodshed, was swept to power as the previous regime crumbled.

Less than a year ago, Djotodia was carried to power as the first Muslim leader of the overwhelmingly Christian country in a March 24 coup that led within months to widespread and deadly sectarian unrest.

Leading a rebel coalition named Seleka into Bangui he seized the presidential palace from president François Bozizé, who fled after 10 years in power, and proclaimed himself president.

A few weeks later Djotodia was voted in as president by a national transition council to provide a veneer of respectability.

He appeared to take international concerns on board and pledged to hold free elections within 18 months.

"I hope that those who cheer me today will do so when I stand down – instead of throwing stones," he said after taking office, but he left the poor, landlocked nation wracked by unprecedented sectarian fighting that claimed thousands of lives.

Religious independence
He promised the government would be independent of religious influences and would respect the nation's various ethnic groups and faiths.

But when he dissolved the Seleka, many former rebels ran rogue and engaged in killings, rape and looting, leading to the creation of Christian self-defence militias in a nation where the two religious communities had previously lived in peace.

As early as his swearing in in August, it emerged that Djotiodia was wearing bogus army decorations, bought from crooks for nearly a million euros.

But Djotodia himself confessed to having little taste for high office –in an astonishing admission to a group of political leaders in November.

"I want things to improve, and quickly, so that I can leave. I do not want to stay in power – I am going to leave."

"You get to sleep – but we never sleep," he said. "Why hold on to something that stops you from sleeping. Sometimes you can't even think of your wife!"

History
Michel Am-Nondroko Djotodia was born in 1949 in the northeastern Vakaga region, near the borders with Chad and Sudan, but his precise date of birth is unknown and details of his childhood are sketchy.

The mystery man lived abroad for many years, notably 14 years in the former Soviet Union, and worked as a Central African civil servant before passing into the rebel camp.

Djotodia served in the planning ministry before going to the foreign ministry, where he was named consul to neighbouring South Sudan, then an insurgent part of Sudan before independence.

In 2005, Djotodia joined the rebellion against Bozizé, an army general who seized power in a 2003 coup.

He was a founding member of the Union of Democratic Forces for Unity (UFDR) rebel grouping.

A former rebel comrade describes him as "determined", and true to his word.

"That quality can also be a flaw: he can be rigid, and does not take well to being contradicted when he has made his mind up," he said.

Arrested by the Benin authorities at the behest of Bozizé's regime, he spent several weeks in jail.

While abroad, Djotodia lost control of the UFDR but upon his return in 2011 and 2012 he succeeded in rallying former supporters and helped found Seleka. – Sapa-AFP