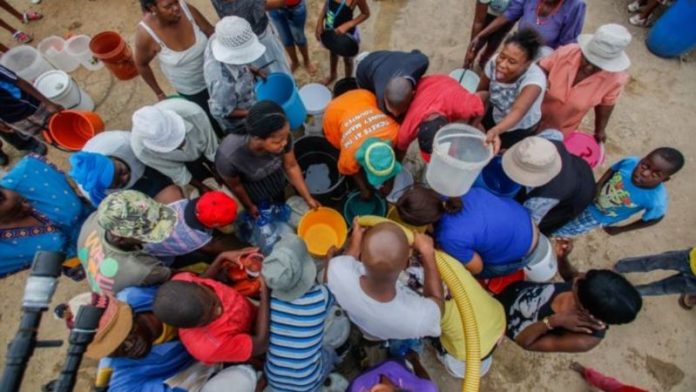 Madibeng municipality residents will march to the municipal offices to protest over a lack of water, North West police said on Tuesday.

"Residents of Hebron, Mmakau, Jericho and Mothutlung, near Brits, are expected to have a peaceful march on Wednesday to deliver a memorandum of grievances to Madibeng municipality," Colonel Sabata Mokgwabone said.

Residents had arranged for buses from a local bus service to ferry them from Hebron to the municipal offices.

"Buses are expected to leave Hebron at 8.30am. We appeal to residents to march peacefully and refrain from carrying dangerous weapons," Mokgwabone said.

He was not sure how many people were expected to take part in the march.

"We do not have the exact number of people who will be marching, but we expect it to be a peaceful march."

A fourth person died in hospital after he was shot in the head, allegedly by police during the protests.

On Sunday Agang SA co-ordinator Victor Molefe said Jericho had been without water since last year.

Molefe said residents held a meeting with North West Premier Thandi Modise in June but there was still no water in Jericho. – Sapa

Covid-19 and the call for solidarity: Challenges for informal settlements