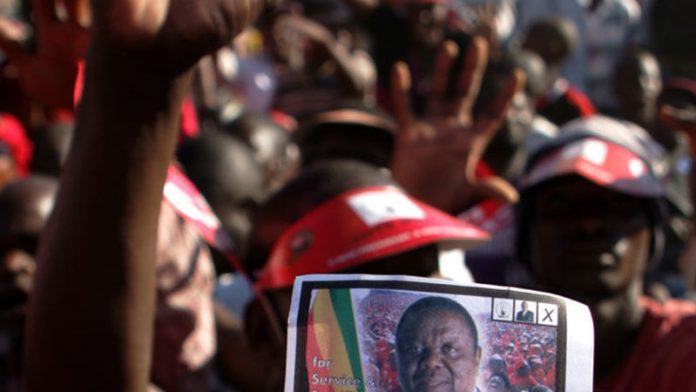 The woeful tale of the Mail & Guardian’s fight for access to the Zimbabwe elections report took a new twist following last week’s disclosure that the report itself has gone “missing”.

Compiled in 2002, it was commissioned by then-president Thabo Mbeki from judges Sisi Khampepe and Dikgang Moseneke. It sought to establish the political and constitutional environment in which the 2002 elections in Zimbabwe took place.

The report was requested from the presidency by the M&G under the Promotion of Access to Information Act (Paia) in 2008. After the request was snubbed, the M&G entered into a protracted legal battle that has lasted over four years.  The high court and Supreme Court of Appeal have ruled in M&G’s favour, ordering the release of the report. In 2011, the Constitutional Court, invoking a mechanism within Paia sent the case back to the high court where the judge was enjoined to take a “judicial peek” at the report. This would allow the judge to verify whether the state was justified in keeping its report secret, an argument the state’s lawyers could not publicly make without disclosing the report’s contents.

Last year, after examining the report, Judge Joseph Raulinga, in the high court in Pretoria, concluded that the grounds of refusal relied upon by the presidency did not hold and that the report’s disclosure would not harm diplomatic relations. He found also that the report contained evidence of potential contraventions of the law, which should be disclosed in the public interest and, in any event, were largely public knowledge.

At the time of the state’s pending appeal, however, the document was reported “missing” by Raulinga. Even more mystifying, the state’s lawyers claim that there is no other copy of the report. Thus the expensive, time-consuming process has reached a potentially futile end.

The consequences of misplacing official documents impinge not only on our ability to access information but also on the accountability of the state itself.

The loss of this report is a high-profile instance of what is becoming a common occurrence not just in our courts but also in government departments – that is, the failure to create and maintain records in an accessible manner.

This sad reality is reflected in the South African History Archive’s annual report, which compiles the most comprehensive data available on the Paia compliance by government departments. The archive’s 2013 statistics show that, of the Paia applications that elicited a response from government departments (itself a minuscule percentage), 44% of refused requests were turned down because documents were said to be missing or not to exist.

These and other statistics formed part of the archive’s amicus submission in amaBhungane’s court case against the department of public works pertaining to Nkandla, in which judgment is still pending.

In that case, amaBhungane’s lawyers argued that, despite the release of more than 12?000 pages of documents by the department, many crucial documents were not given. In particular, minutes of key meetings referred to in the released documents were not provided and, in some instances, decisions that would have been required in terms of procurement legislation (such as the Public Finance Management Act) were not provided. Communications between various government departments facilitating the project, particularly at ministerial level, were not disclosed.

In response, the state argued that the documents simply did not exist because the particular minutes had not been taken, or had gone missing.

On the basis of an extensive body of jurisprudence, the archive argued that such omissions breached constitutional requirements.

The Constitution imposes a duty on government officials to reduce decisions and instructions to writing and to minute their deliberations. Moreover, there is important legislation, such as the National Archive and Record Service of South Africa Act, that mandates organs of the state to manage and maintain records.

In the absence of basic record-keeping, access to information is an elusive right. The empowering vision of an engaged citizenry keeping watch over its government that our Constitution demands of us remains unmet.