Nkandla: Why did Nxesi lie? 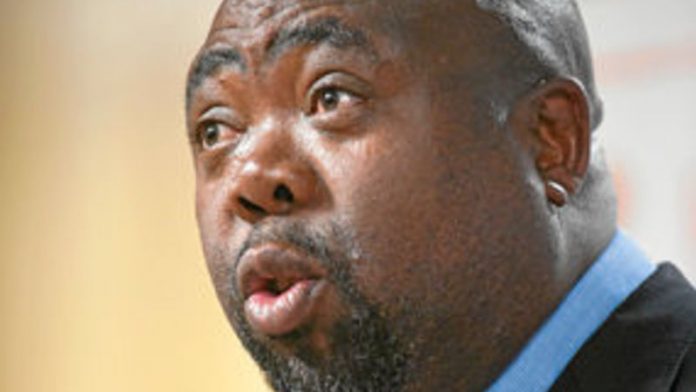 This week one chapter of the Nkandla saga came to an end – but the mystery of Public Works Minister Thulas Nxesi’s failed cover-up remains frustratingly unresolved.

On Tuesday the Cape high court ordered Public Works to pay the Democratic Alliance’s legal costs in the process of securing the release of the so-called Task Team report.

That report was the result of the internal investigation commissioned by Nxesi in November 2012 in response to the first outcry over astronomical costs of the security upgrade to President Jacob Zuma’s private homestead.

It was completed and given to Nxesi in January 2013, but Nxesi then did everything in his power to keep it under wraps – including personally classifying it as Top Secret.

When Nxesi held a press conference on January 27, 2013, to disclose the main findings of the Task Team, he made no mention of the report being classified, though he emphasised “we do not disclose any security measures pertaining to the National Key Points” – which included the President’s private residence.

The next day, DA Parliamentary leader Lindiwe Mazibuko submitted a Promotion of Access to Information Act (PAIA) request to Public Works, seeking to obtain a copy of the report.

The trail of misinformation and dissimulation that followed has profound implications for how we should approach the Protection of State Information bill, which Zuma has yet to sign into law.

The new act seeks to criminalise the disclosure of classified information in a way that critics suggest will have a chilling effect on whistleblowing and investigative journalism.

The act’s defenders point to a clause that would impose criminal sanction on  “intentional” improper classification, for ulterior purposes, such as to cover up maladministration or prevent embarrassment.

This week Nxesi in court papers all but admitted to improper classification, by effectively conceding the Task Team report contained no security sensitive information at all.

But in doing so he showed how ingrained government’s secrecy reflex is – and how difficult it would be to prove “intentional” improper classification.

The Task Team report is relatively innocuous, raising questions about why Nxesi was so keen to keep it secret.

For one thing, it exonerates the President of any wrong-doing with regard to the R206-million which had been spent on the project up to December 2012.

But it does contain a couple of worm-cans Nxesi was presumably not keen to open up – such as the fact that most of the contractors on this “Top Secret” project had not received security clearance – and the recommendation that the roles played by former Public Works Minister Geoff Doidge and Deputy Minister Hendrietta Bogopane-Zulu should be investigated.

The key driver in Nxesi’s decision to classify the Task Team report appeared to be the need to “manage” the Nkandla fallout in a way that protected the President and denied the DA access to any information that would feed the political fire that was already building.

Nxesi says as much in his court papers, in which he defended his decision to refuse access to the report.

“The Applicant [Mazibuko] mistakes her personal political interests with those of the public.”

He said Mazibuko’s interest in the document might be genuine “to the extent that it serves her political ambitions and intentions of denigrating the President and his office”.

Having classified the report Top Secret, Nxesi then maneuvered to have it considered behind closed doors by the Joint Standing Committee on Intelligence – a committee whose deference he could rely on.

Of course Nxesi’s well-laid plans were upset by the bid by amaBhungane under PAIA for access to the whole cache of Nkandla documents.

From that moment the calculation must have changed.

Releasing the report, largely supportive of government’s claim that the project was mandated by the President’s security needs, was better than keeping it under wraps.

But, facing the storm of public outrage – and the prospect of a critical report by Public Protector Thuli Madonsela – government reserved to itself the timing of the release.

That is the only logical explanation for Nxesi’s persistence with the fiction that the report was too sensitive to disclose.

He maintained that stance until December 2013, when cabinet decided to declassify and release the report.

Why then?  At the end of November, amaBhungane revealed the contents Madonsela’s draft report which found President Zuma had derived “substantial” personal benefit from works that exceeded security needs at his Nkandla homestead.

The media storm was countered with the Task Team’s contrary findings.

Nxesi’s credibility – when the report was revealed to contain no security sensitive information justifying its Top Secret label – was simply collateral damage.