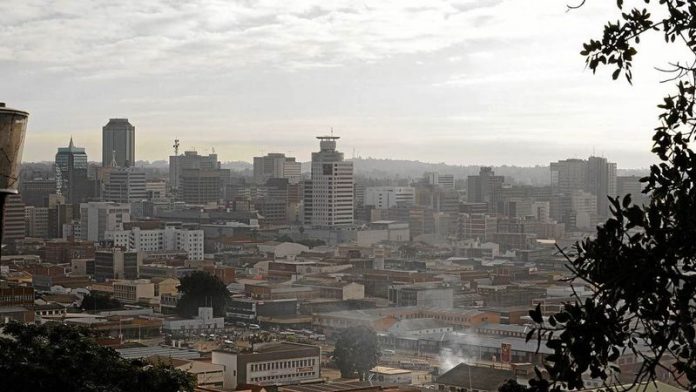 A farm seized by the government has been handed over to a Chinese developer to build an exclusive housing estate for senior government officials.

Local Government Minister Ignatius Chombo signed the deal, which will hand over about 120 hectares of Pangoula Farm to a company, Zim Guoji, which says it plans to develop the land for "a high-end community targeting senior civil servants as its potential customers".

A notice published by the government in the press says that it "intends to acquire compulsorily land for urban development, Pangoula Farms of Sternblick, measuring 299.9976 acres".

At the same time, Guoji announced it had been given the land to develop properties for senior officials.

"Pangoula, located in east of Harare, used to be a part of Stern­blick Farm owned by a white farmer and was changed into state land last year," Guoji says on its website.

"With Henan Guoji settled [in] its business in Zimbabwe, ministry of lands and ministry of local government intend to transfer the land to Zim Guoji in use for developing a high-end residential community. For the time being, the title survey of Pangoula Farm has been done and the government agents have got themselves involved in land transfer."

Secret deal
Guoji says it expects the transfer of the property to be completed early this year. It says: "The community will be equipped with supporting facilities including a kindergarten, a hospital, a church and a shopping centre and so on.

"Zim Guoji has made up its mind to make Pangoula a classical sample of high-end community in Harare."

The deal was signed in China last June but the details are being kept secret. Government officials declined to comment on the value of the deal or which "senior civil servants" are to benefit.

Zim Guoji was not available for comment this week.

On January 25, Chombo met Xu Ming Zheng, general manager of Henan Guoji in Harare. According to a release by the company, Chombo discussed Zim Guoji's possible involvement in additional projects. These include a housing project in Chitungwiza.

Chombo also discussed the possibility of Guoji supplying "new technologies as well as new building materials that contribute to bringing down the costs so as to provide more affordable multistorey houses and high-rise buildings in the market", the release says.

The Pangoula project will be built in phases, and the first will involve the development of 70 hectares of the property.

Second deal for Guoji
This is the second major property deal that Chombo has parcelled out to Guoji. Last year, the company was awarded a contract to build 10 000 low-cost homes in Harare. Guoji would finance the construction of the homes and co-operate with an unnamed Zimbabwean bank to provide mortgages, Chombo said at the time.

He was unavailable for comment on the Pangoula estate this week. But a senior official in his ministry said development of the new area is likely to start mid-year and that there is "already strong interest" from senior officials for stands.

It is also a government project and should have gone out to tender, but it never did.

Zim Guoji is the Zimbabwe arm of the Henan Guoji Industry Group, which is based in China and has investments in several African countries, such as Sierra Leone, Mozambique, Guinea and Zambia.

On its website, the company says it is "involved in international trade, overseas real estate development, project construction, mineral exploration and tourism".

The company claims to have developed a "high-class villa project in Sierra Leone" and similar projects elsewhere in Africa. A recent press report says the company is planning a $10-million housing project on the Copperbelt in Zambia.

On the company's website, there are pictures of Chombo visiting Guoji's offices in Zhengzhou, China.

There is no indication of how much Guoji will get for the deal, or how much the VIPs will have to pay for the properties. But estate agents say prime plots of land in the adjacent Shawasha Hills, one of Harare's wealthiest enclaves, sell for more than $100?000.

Guoji describes Shawasha Hills as comprising "hundreds of villas and mansions" and says that it is "a place [that] accommodates the majority of political VIPs and wealthy merchants".

One estate agent has a home in the area on the market for $1.5-million, but those involved in the property market say it is unlikely that the beneficiaries of the new Pangoula estate will be asked to pay market value.

"There are similar projects that went up not too far from where the new estate will be. Properties there went for much less than they would fetch on the open market," an agent, who did not want to be named, said.

He cited the case of Gletwin, a farm just outside Harare acquired by the government several years ago, part of which was parcelled out to senior members of the security forces to build luxury homes.

With residential land fast running out around Harare, there is increased political infighting to gain control of farms next to the capital. Many farms are being used to develop pro-Zanu-PF, low-cost housing co-operatives, but estate agents say there is increasing competition among developers to gain access to farms to the north of the city to develop more profitable wealthy suburbs.

As a result, property prices at the top end of the market remain high, despite the liquidity crisis facing the economy. One property in the wealthy Borrowdale Brooke estate is currently on the market for $6.5-million.

"In recent years, urban, and perhaps especially peri-urban, land has become the centre of major political struggles for control in Zimbabwe," according to Professor Ian Scoones of the Institute of Development Studies at the University of Sussex.

Farmer groups say there have been threats to take over 40 properties since January, and the Zimbabwe Congress of Trade Unions says that 900 farm workers have lost their jobs over the past three months because of new farm seizures.