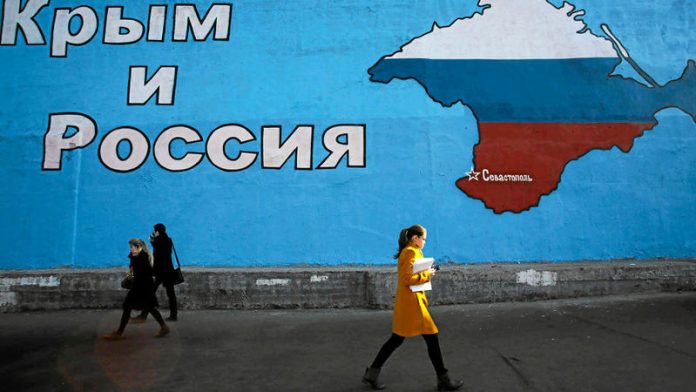 A stalled aid package from the United States for the Ukraine finally began to emerge from Congress on March 24, after the Senate temporarily put partisan bickering aside to vote overwhelmingly in favour of $1-billion worth of economic assistance measures.

A majority of Republicans dropped their previous resistance to the Bill, which includes controversial reforms to the International Monetary Fund (IMF) added at the request of the White House, and it cleared a key procedural hurdle by 78 votes to 17.

Despite passing out of the Senate foreign relations committee more than a week ago, the aid package was delayed during recent tension in Crimea caused by an unrelated squabble over whether the IMF clauses would be expensive or weaken US influence.

But the Ukraine package, which includes further sanctions against Russia, still faces an uphill struggle in the House of Representatives, whose version of the Bill does not contain the IMF reforms.

Republican senator John McCain warned that further delay would fuel a Russian perception that the US was not serious about helping Ukraine to resist further territorial aggression.

"If we get hung up for another week, it sends exactly the wrong signal," said McCain. "I believe [Russian President Vladimir Putin] is watching carefully for the reaction of the West."

Political donors
Democratic Senate majority leader Harry Reid went further, accusing Republican opponents of putting the interests of their political donors ahead of US support for the Ukraine.

In a complex twist seen as symbolic of current congressional dysfunction, Reid claims that Grand Old Party strategists offered to drop their opposition to the IMF clause in exchange for entirely unrelated concessions on a Internal Revenue Service probe of political donors.

Republicans, on the other hand, accuse Democrats of horse-trading, questioning why the controversial IMF reforms are attached to such an urgent and internationally sensitive piece of legislation in the first place.

Democratic foreign relations chairman Senator Bob Menendez denied that the IMF changes would impose any additional cost on US taxpayers, claiming that a $63-billion increase in donations would be offset by savings elsewhere.

The Bill's principal impact, though, is to strengthen recent White House sanctions against Russia, and authorise a series of loan guarantees for the beleaguered Ukrainian economy.

The White House has argued that the role of the IMF is vital to this broader rescue package, and it included similar language in the G7 communique issued after a meeting of world leaders in The Hague.

"The IMF has a central role leading the international effort to support Ukrainian reform, lessening Ukraine's economic vulnerabilities, and better integrating the country as a market economy in the multilateral system," it said.

"IMF support will be critical in unlocking additional assistance from the World Bank, other international financial institutions, the European Union, and bilateral sources." – © Guardian News & Media 2014