Limpopo textbook case should not have reached court, says govt 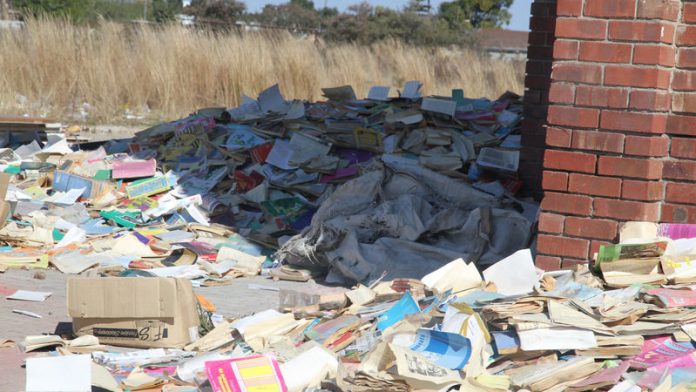 The new and "urgent" Limpopo textbooks case was postponed on Thursday to April 22 but it will not even get that far because it is close to being resolved out of court, government told the Mail & Guardian on Friday.

But rights organisation Section27 said thousands of pupils have not had the textbooks they needed for the whole first term this year and if it could have resolved this "very urgent" matter without going to the high court in Pretoria it would have.

"We are aiming for a settlement out of court. There have been discussions between the two legal teams already. If you go look at the court papers [Section27] told the judge they have now found the answers they were looking for in our papers … so we are very close to arranging a settlement," said basic education department spokesperson Elijah Mhlanga.

But attorney for Section27, Nikki Stein, said the organisation and the first applicant, Basic Education For All (Befa) had reported to the Limpopo education department seven times about the 39 school applicants not having enough textbooks to no avail. "Obviously if we had been able to resolve it out of court we would've," she said.

Section27 filed papers on Friday last week and the matter went to court on an urgent basis on Tuesday, she said. Judge Neil Tuchten postponed it to Thursday because the South African Human Rights Commission asked to be allowed to submit an affidavit. At the time he also urged the parties to try to reach an agreement out of court, which he reiterated on Thursday.

Tuchten told the parties on Thursday that among the reasons that he would not be able to hear the matter urgently and suggested that Section27 approach the deputy judge president for a new date and a new judge. Among the reasons for this that the court record for the case was now a hefty 1 300 pages long, Stein said, and also because the parties did not know the extent of the shortage of textbooks. In its notice of motion Section27 asked the court to order and independent audit of textbook needs in the province

The deputy judge president said the matter would be heard on April 22 and 23.

Responding papers
Mhlanga said the provincial and national department's responding papers had described the process that was followed to procure textbooks and had provided the information Section27 had been looking for.

"You can go check the court records … you will find in there comment from the Section27 lawyer where she says 'My lord, the answers we are looking for are here'," he said.

"The judge said he doesn't know why this case is in court. Section27 should have asked more questions before [coming here]."

But what about the schools that allegedly still do not have enough textbooks?

Tebogo Sephakgamela, a Befa member who submitted the founding affidavit for the case, said the two parties met on Tuesday to try to reach an out-of-court settlement but "could not come to an agreement".

He said the applicants were disappointed that the matter had been postponed.

"It’s a long period for children not to have books. We are very disappointed … I was very down yesterday. It's an urgent matter and we really thought it would be heard on an urgent basis but there is nothing we can do," he said.

Mhlanga said there was no need for the matter to be in court in the first place.

"Let me tell you something about those schools … At the beginning of the year we asked schools to tell us what books they still need and to return to us what they don’t need. Thirty-four of the schools on [Section27's] list returned surplus books. How can they now say they have a shortage?" he said.

"Some of them have also never reported to the department that they had shortages. They went to NGOs instead. Some of the schools [are also] requesting books that are not on the department's 2014 catalogue, which is completely bizarre."